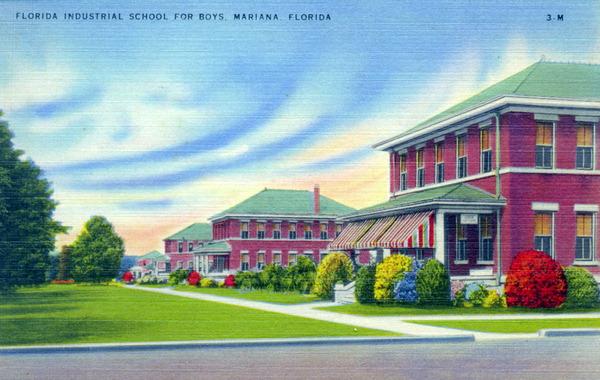 Because of the investigation led by three University of South Florida researchers, and because of exemplary journalism by the Tampa Bay Times, we now have an intensely discomforting but welcome enrichment of American literature.

It requires artistry to write beautifully about children suffering at the hands of evil men, and from the riveting first sentence of his slender new novel "The Nickel Boys" -- "Even in death the boys were trouble" -- Colson Whitehead's prose unfurls with controlled fury as he reimagines life at what was the Arthur G. Dozier School for Boys in Marianna, Florida. The fact that Whitehead never raises his authorial voice enhances its wallop.

The boys were trouble even as corpses because, in Whitehead's reimagining, the Nickel Academy had been closed after many decades and developers had plans for an office park on part of the land. The plans were, however, impeded by the discovery of "bones and belt buckles," all those "fractures and cratered skulls, the rib cages riddled with buckshot" and other residue of boys who died at the hands of sadists, sexual predators and others who ran the school for their private fun and profit.

Fifty-one bodies had been unearthed by the time Whitehead's novel was published, more are probably yet to be found, and the final count will not provide finality about how many were dumped in what the boys called Boot Hill.

In Whitehead's novel, Elwood, an African American boy abandoned in Tallahassee by his mother, is being raised by his grandmother, whose father died in jail, arrested for "bumptious contact" after a white woman accused him of not getting out of her way on a downtown sidewalk.

Elwood is bound for college until he is falsely accused of stealing a car and is consigned to Nickel, leaving behind his treasured possession, a record of "Martin Luther King at Zion Hill." He is driven to the "reform" school by "a good old boy with a meaty backwoods beard and a hungover wobble to his step. He'd outgrown his shirt and the pressure against the buttons made him look upholstered."

The Dozier school opened in 1900, and at times took children as young as 5. On most nights at the Nickel school, "the only sounds were tears and insects," but on other nights an industrial fan was turned on to muffle the boys' screams when they were beaten by Black Beauty, a three-foot leather strap with embedded sheet metal that "slapped across the ceiling before it came down on your legs."

There was "splatter on the walls where the fan had whipped up blood in its gusting." "The white boys bruised differently than the black boys and called it the Ice Cream Factory because you came out with bruises of every color."

Whitehead, a Pulitzer Prize-winner for his 2016 novel "The Underground Railroad," jumps ahead to life after a Nickel boy leaves at age 18. And in his novel's prologue, he writes of Nickel boys' reunions featuring "shared darkness."

America, however imperfect -- Americans do not want to know what goes on in their prisons, where a not-insignificant portion of the nation's rapes happen -- is much better now. More people -- public interest lawyers, journalists -- are alert and watching. And perhaps more will be because of Whitehead's searing reminder that what happened not long ago, and here, was not unthinkable.

Nothing -- no cruelty -- is. Yet still we need reminding. When Primo Levi arrived in Auschwitz parched after a brutal train journey, he reached for an icicle to slake his thirst. When a guard yanked it away from him, Levi asked "Why?" The guard replied, "Hier ist kein warum" (Here there is no why). The death camps were an extreme form of -- perhaps the logical culmination of -- what Whitehead calls a "culture of impunity."

When some people have unrestricted and unreviewable power over others -- when no one can be compelled to answer for his actions when asked: "Why?" -- some of those with power will behave like beasts simply because they can.

And because absolute power corrupts absolutely. This melancholy fact about the human species was underscored last year in a nonfiction book about a lawless sheriff who bestrode Florida's Lake County in the 1950s ("Beneath a Ruthless Sun: A True Story of Violence, Race, and Justice Lost and Found" by Gilbert King).

Do you wonder how the Nazis managed to find people willing to work as concentration camp personnel? It was not that difficult.