Another epic economic collapse is coming 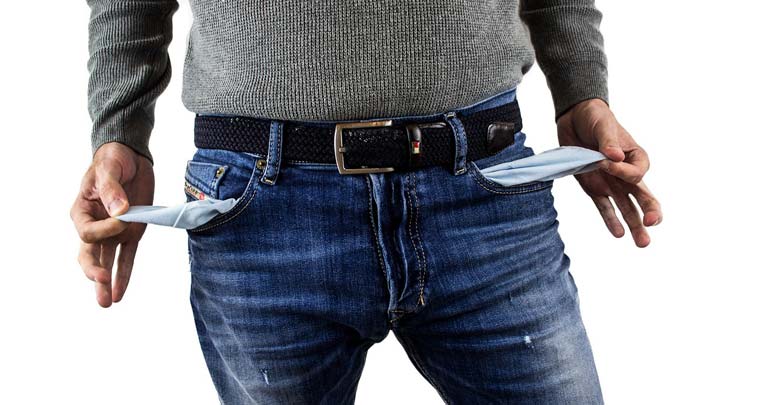 Eric Sevareid (1912-1992), the author and broadcaster, said he was a pessimist about tomorrow but an optimist about the day after tomorrow. Regarding America's economy, prudent people should reverse that.

This Wednesday, according to the Financial Times' Robin Wigglesworth and Nicole Bullock, "the U.S. stock market will officially have enjoyed its longest-ever bull run" -- one that rises 20 percent from its low, until it drops 20 percent from its peak. And Sept. 15 will be the 10th anniversary of the collapse of Lehman Bros., the fourth-largest U.S. investment bank. History's largest bankruptcy filing presaged the October 2008 evaporation of almost $10 trillion in global market capitalization.

The durable market rise that began March 6, 2009, is as intoxicating as the Lehman anniversary should be sobering: Nothing lasts. Those who see no Lehman-like episode on the horizon did not see the last one.

Economists debate, inconclusively, this question: Do economic expansions die of old age (the current one began in June 2009) or are they slain by big events or bad policies? What is known is that all expansions end. G od, a wit has warned, is going to come down and pull civilization over for speeding. When He, or something, decides that today's expansion, currently in its 111th month (approaching twice the 58-month average length of post-1945 expansions), has gone on long enough, the contraction probably will begin with the annual budget deficit exceeding $1 trillion.


The president's Office of Management and Budget -- not that there really is a meaningful budget getting actual management -- projects that the deficit for fiscal 2019, which begins in six weeks, will be $1.085 trillion. This is while the economy is, according to the economic historian in the Oval Office, "as good as it's ever been, ever."

Leavening administration euphoria with facts, Yale's Robert Shiller, writing in The New York Times, notes that since quarterly GDP enumeration began in 1947, there have been 101 quarters with growth at least equal to the 4.1 percent of this year's second quarter.

The fastest -- 13.4 percent -- was 1950's fourth quarter, perhaps produced largely by bad news: The Cold War was on, the Korean War had begun in June, fear of the atomic bomb was rising (New York City installed its first air-raid siren in October), as was (consequently) a homebuilding boom outside cities and "scare buying" of products that might become scarce during World War III.

Today, Shiller says, "it seems likely that people in many countries may be accelerating their purchases -- of soybeans, steel and many other commodities -- fearing future government intervention in the form of a trade war." And fearing the probable: higher interest rates.

Another hardy perennial among economic debates concerns the point at which the ratio of debt to GDP suppresses growth. The (sort of) good news -- in that it will satisfy intellectual curiosity -- is that we are going to find out where that point is: Within a decade the national debt probably will be 100 percent of GDP and rising. As Irwin Stelzer of the Hudson Institute says, "If unlimited borrowing, financed by printing money, were a path to prosperity, then Venezuela and Zimbabwe would be top of the growth tables."

Jay Powell, chairman of the Federal Reserve, says fiscal policy is on an "unsustainable path," but such warnings are audible wallpaper, there but not noticed. The word "unsustainable" in fiscal rhetoric is akin to "unacceptable" in diplomatic parlance, where it usually refers to a situation soon to be accepted.

A recent IMF analysis noted that among advanced economies "only the United States expects an increase in the debt-to-GDP ratio over the next five years." America's complacency caucus will respond: But among those economies, ours is performing especially well. What, however, if this is significantly an effect of exploding debt? Publicly held U.S. government debt has tripled in a decade.

Despite today's shrill discord between the parties, the political class is more united by class interest than it is divided by ideology. From left to right, this class has a permanent incentive to run enormous deficits -- to charge, through taxation, current voters significantly less than the cost of the government goods and services they consume, and saddle future voters with the cost of servicing the resulting debt after the current crop of politicians have left the scene.

This crop derives its political philosophy from the musical "Annie": Tomorrow is always a day away. For normal people, however, the day after tomorrow always arrives.