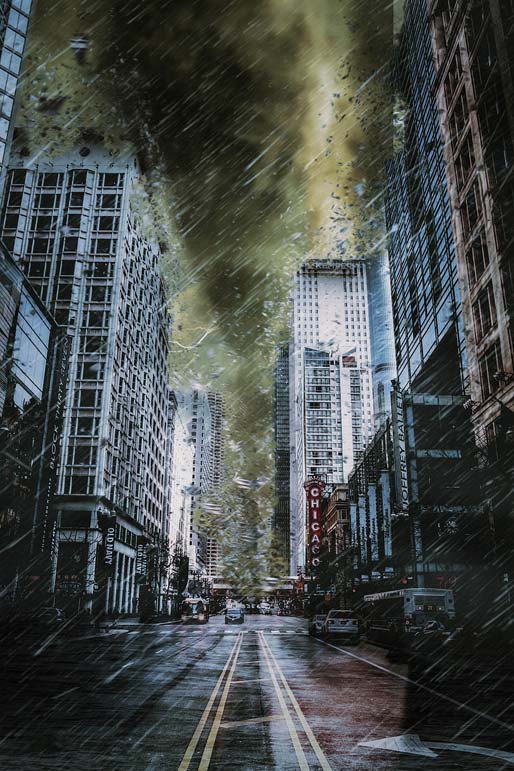 CHICAGO -- Given its surplus of violence and scarcity of resources, Chicago surely has bigger things to worry about than the menace, as the city sees it, of Laura Pekarik's cupcakes. Herewith redundant evidence of regulatory government's unsleeping solicitousness for the strong.

Pekarik, a feisty 33-year-old single mother and embodiment of America's entrepreneurial itch, grew up in Chicago's suburbs and at age 24 began baking for the fun of it. Eventually, she invested her entire savings ($12,000) in a lime-green truck, called Cupcakes for Courage, from which she began selling.

She was part of the proliferation of heterogenous truck-dispensed foods -- one truck was called The Schnitzel King -- that grew in response to consumer demand for the fun and convenience of curbside lunches of all sorts. This was, however, neither fun nor convenient for restaurants, which responded by (guess one): (a) upping their game in order to compete with the upstarts in trucks or (b) running to the government for relief from competition.

If you guessed "b," you get an A for understanding the land of the free and the home of the rent-seekers.

Rent-seeking is private factions manipulating public power to enhance their profits. This is what Chicago's restaurant industry did, with the help of an alderman who owns several restaurants and is the former head of the Illinois Restaurant Association.

In 2012, at their behest, the city revised its vending laws to forbid food trucks from operating within 200 feet of any business that serves food (with fines of up to $2,000), which banned the trucks from almost all areas with office workers seeking lunches.

And the regulations require food trucks to install GPS devices so government can track their movements, like convicted felons wearing ankle bracelets. This made the truck operators' right to work -- itself radically truncated -- contingent on forfeiting their right to privacy.

The commissioner of the Chicago Department of Business Affairs and Consumer Protection says that the city's food truck regulations -- the city's protection of consumers from more choices than the city thinks is good for them -- "strike the right balance" between the interests of restaurants and trucks. Oh? Why is striking such balances between the interests of rival economic factions the proper concern of politicians and bureaucrats?

The commissioner was echoing Illinois' Supreme Court, which said the city had a "rational basis" for its "attempts to balance the interests of food trucks with the need to promote neighborhood stability that is furthered by brick-and-mortar restaurants." And the court was echoing the rent-seekers' self-serving and evidence-free faux sociology.

In reality, which is a foreign country to many courts, the "rational basis" test is too permissive to be dignified as a test: It means that any government infringement of economic liberty passes constitutional muster if the infringing legislature offers any reason for it or even if a court can imagine a reason for it. And even if the reason -- the legislators' motive -- is obvious to any sentient observer: to placate rent-seekers.

The court said the rational basis test applied here because the challenged regulation "does not affect a fundamental right." So, the highest court in the state that advertises itself as the Land of Lincoln, an apostle of free labor, says that the right to work autonomously is not "fundamental."

The court swallowed the junk-food sociology that asserts, without evidence, two things: that the existence of brick-and-mortar restaurants is threatened by food trucks, and that such restaurants are essential to "neighborhood stability." Never mind the absence of evidence of damage to neighborhoods or restaurants in food-truck meccas such as New York, Los Angeles and Austin, Texas.

Laura Pekarik was lucky. She diversified her business early on by opening two brick-and-mortar stores. When the weather is clement and business is good, she has 40 employees. But others have not been lucky: The number of food trucks in the Windy City has dropped by 40%. She hopes the U.S. Supreme Court, where she will continue to be assisted by the Institute for Justice, will hear her argument against government picking winners and losers, and doing so on behalf of those who have already won advantages.

The court should assert that the rational basis test does not require courts to be willfully oblivious of disreputable legislative motives. This also should be an opportunity for some conservatives to rethink their obdurate devotion to a "judicial restraint" that is indistinguishable from dereliction of judicial duty.