Biden might be the restful candidate voters devoutly desire 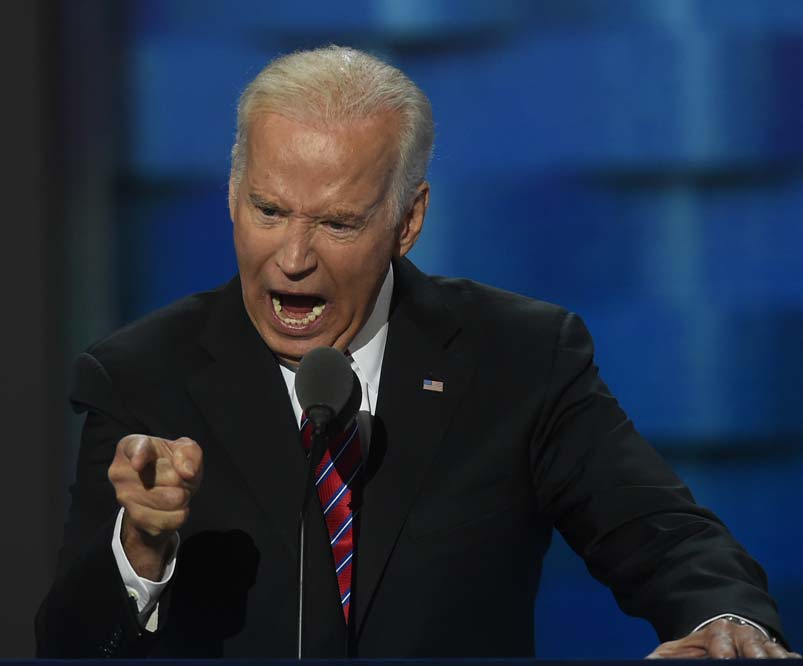 Three days before Joe Biden dove back into the deep end of the political pool, a rival, Sen. Bernie Sanders, I-Vt., said the terrorist who bombed the 2013 Boston Marathon, and everyone else in America's prisons, should be allowed to vote, lest the "chipping away" of voting rights leave America "running down a slippery slope."

Such running -- to be fair to the faux independent (he caucuses with Senate Democrats; he seeks the Democratic presidential nomination) -- does sound dangerous.

Another Biden rival, California Sen. Kamala Harris, utilized the sort of verbal fudge that many Democratic presidential candidates resort to when they are terrified that they might be neglecting to stroke some obscure erogenous zone on the party's progressive base. She initially said Sanders' idea should be part of a "conversation," which is basically what she (and Massachusetts Sen. Elizabeth Warren) said about "reparations" for slavery.

One or more of Biden's rivals have endorsed, or at least deemed conversation-worthy, many ideas not uppermost in most voters' minds: socialism, the Green New Deal, packing the Supreme Court, abolishing ICE and the Electoral College, free college, votes for 16-year-olds, "Medicare for All" (and private health insurance for no one), etc. Biden's campaign slogan should be: "How about a president who doesn't make the current one look less loony than he is?"

The large progressive component of the Democratic nominating electorate, comfortable in its intellectual silo, seems to have convinced itself of this: Because Donald Trump constantly makes sensible people wince, any Democratic nominee, even one from progressivism's wilder shores, can win, so no nominee should be (in President John Quincy Adams' 1825 words) "palsied by the will of our constituents." (Adams lost the 1828 election to the populist Andrew Jackson, whose portrait adorns the current populist president's Oval Office.)

Biden has already begun the requisite apology grovel whereby Democratic aspirants try to make amends for various violations of progressive orthodoxy. For example, in the 1970s, Biden was critical of court-ordered busing of (other people's) children to schools outside their neighborhoods, supposedly in order to achieve "desegregation" but actually to engineer a court-desired racial balance. It would be fun if Biden would (he won't) sweetly ask his rivals if they favor reviving this policy that helped Republicans win four of five presidential elections between 1972 and 1988.

Some non-delusional Democrats are thinking, not unreasonably, about how their party might carry Arizona, Georgia and even Texas, which have 11, 16 and 38 electoral votes, respectively. (Trump's electoral-vote margin was 77.) Arizona has not voted Democratic since 1996, but in 2016 Trump defeated Hillary Clinton more narrowly there (3.5 percentage points) than in Ohio (8.1 points). Georgia last voted Democratic in 1992, but Trump defeated Clinton much less handily there (5.1 points) than he did in Missouri (18.6 points).

Texas last voted Democratic in 1976, but Trump's margin over Clinton was smaller there (9 points) than in Iowa (9.4 points). So, which Democrat is more likely than Biden to win one or more of those states?

Speaking of first things, Biden's previous forays into Iowa have been dismal (he withdrew in September 1987; in 2008 he received 0.9% of the caucus vote), but as marketers of financial services say, "Past performance is not an indicator of future results."

And perhaps candidate congestion will save the Democrats from themselves: If a dozen or more are auctioning themselves to the incandescent progressives, and Biden can hold, say, 20 percent, this might suffice to get him down the road and into the final four.

Biden, whose smile is Jack Nicholson's without the naughtiness, is not angry. His sporadic attempts at seeming so are transparently, and engagingly, synthetic. Neither, however, are most Americans angry. Rather, they are embarrassed and exhausted. Biden has a talent for embarrassing himself, but not the nation, and he probably might seem to weary voters to be something devoutly desired: restful.