Only Dems can save this president 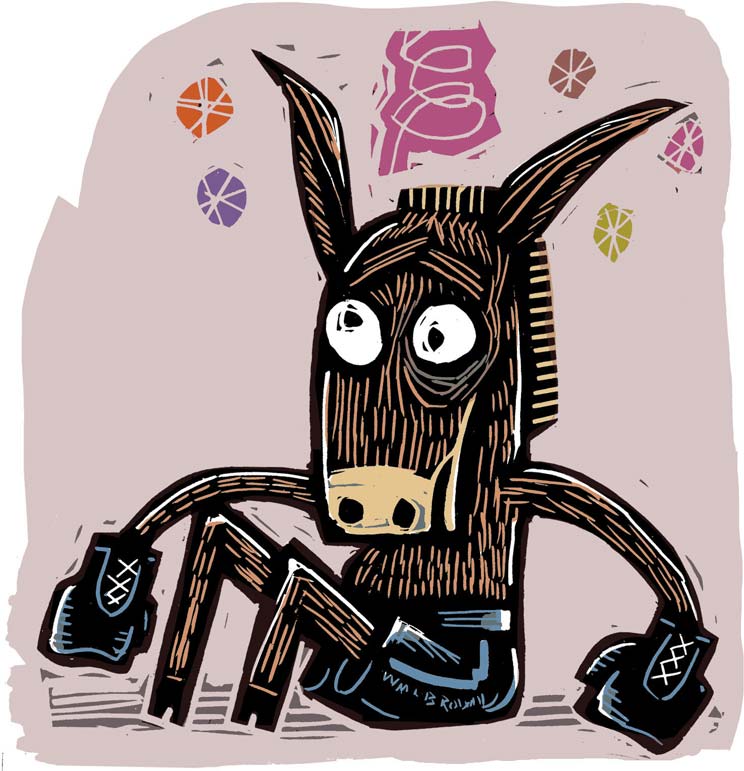 Come I to speak in Caesar's funeral.
He was my friend, faithful and just to me:
But Brutus says he was ambitious;
And Brutus is an honorable man.
-- Shakespeare, "Julius Caesar"

Hakeem Jeffries has, it is whispered, ambitions. The 48-year-old congressman now in his fourth term representing portions of Brooklyn and Queens, has been elected chairman of the House Democratic Caucus, the party's fifth-most important leadership position, and when, however many years hence, Nancy Pelosi steps down, if Democrats control the House, Jeffries might become the first African-American speaker.

Personal political ambitions are as ubiquitous as they are necessary to produce noble public careers. Long after the assassination of his former law partner, William Herndon wrote that Lincoln's "ambition was a little engine that knew no rest." Aren't we glad that was so. Jeffries, however, also has a rarer and more needed ambition. It is the Madisonian ambition for his institution's dignity, strength and pre-eminence.


For the separation of powers to function properly, producing constitutional equilibrium, there must be rivalry between the legislative and executive branches. As Madison said, "Ambition must be made to counteract ambition. The interest of the man must be connected with the constitutional rights of the place." Or, today, the interest of the woman.

Greg Weiner, author of the best book about Madison's thought ("Madison's Metronome"), rightly celebrates the way the 35-day government shutdown ended: The House "stared down the presidency and won." In losing, Donald Trump behaved (reluctantly) as a president should, as "a constitutional actor subservient in policymaking matters to the will of Congress." Pelosi "acted like a speaker of the House laying a claim to primacy in policymaking." Says Weiner, "This was institutional hardball between branches not just with respect to policy but, more important, with respect to authority. Madisonians should rejoice."

In his 1962 State of the Union address, President John Kennedy told his congressional audience, "The Constitution makes us not rivals for power, but partners for progress." Such anesthetizing bromides serve the interests of presidents by diverting Congress from a truth expressed by the American Enterprise Institute's Jay Cost: Congress is not, as its members too often and too plaintively insist, a "coequal branch." It is superior. It creates all executive-branch offices other than president and vice president, and all Article III courts other than the Supreme Court, and can deny appointments to the executive and judicial branches, whereas "the other branches are largely incapable of interfering with Congress." The executive power enforces the law, the judicial power resolves controversies under the law. The legislative power makes the law: "It comes first."

Jeffries understands intra-branch rivalry: Much that this Democratic-controlled House will send to the Republican-controlled Senate will be euthanized there. But the Democratic Party will thereby define itself and its opponent regarding such matters as curbing health care costs, particularly (this was the most surprisingly salient issue of the 2018 elections) the cost of prescription drugs, by using the government's bulk-purchasing power. Furthermore, having participated in last year's bipartisan criminal justice reform, Jeffries thinks a big bipartisan infrastructure measure is possible.


His district is five miles from that of Rep. Alexandria Ocasio-Cortez, the left's enfant terrible du jour who provides sophomores of all ages with daily frissons from socialist daring ("We [millennials] never experienced, really, a time of true economic prosperity in the United States"; zero carbon emissions in 12 years). For her, politics is performance art; for him, it is a continuation of his life of adult seriousness.

After New York University Law School, Jeffries spent seven years at a premier law firm (Paul, Weiss), then was at Viacom and CBS, then spent six years in New York's Legislature. Last week, while he was enjoying an almost abstemious breakfast (yogurt and cereal with berries, but also bacon), the morning paper was reporting Sen. Kamala Harris' intriguing plan to win the presidency while promising to take away 177 million Americans' private health insurance. That morning's paper also reported that 56 percent of Americans -- including majorities of women, Hispanics, blacks, urban residents, suburban residents, those under 65, college-educated whites -- say they will "definitely not" vote to re-elect the incumbent president.

Only Democrats can save this president. They can do so by nominating someone loopy enough to panic voters who are asking only for someone cheerful, intelligent and tethered to reality. Trump's hope is that Jeffries-style Democrats -- those with a Madisonian preference for a presidency proportional to its proper role, which is secondary to that of the First Branch -- do not prevail within their party.