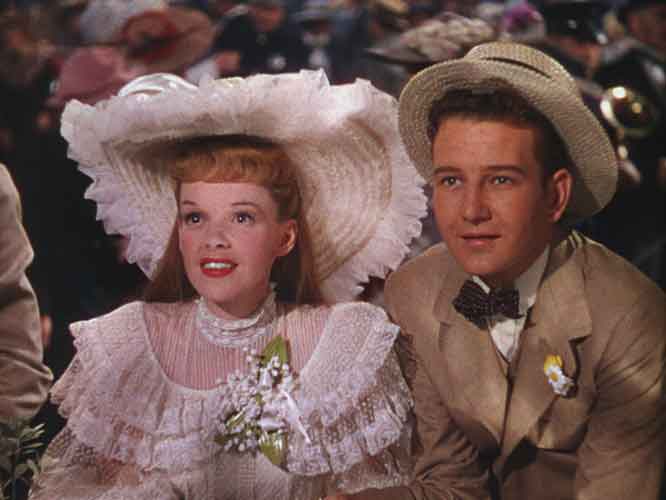 Judy Garland and Tom Drake in "Meet Me in St. Louis." [MGM]

I don't like making predictions for a new year because they are just guesses and like palm readers, fortune-tellers and "experts," guesses are often wrong.

The point was proved last year when I predicted Donald Trump's re-election and could not foresee the COVID-19 virus, as few did, or its impact on the economy and our optimistic spirit.

In a recent Wall Street Journal article, author Bob Greene recalled the 75th anniversary of the film "Meet Me in St. Louis" in which Judy Garland sings "Have Yourself a Merry Little Christmas." The lyric contains the optimistic lines, "someday soon we all will be together" and "faithful friends who are dear to us will be near to us once more."

After more than four years of World War II, that was a hopeful dream on which the country was asked to go ahead and "hang a shining star" on their Christmas trees.

Is that optimism of generations past valid for our immediate future as we witness the country being torn apart by divisiveness? I am not sure.

One line of that lyric, which Greene did not mention is: "Here we are as in olden days, happy golden days of yore." I'm afraid we will not return to those days during which self-control, personal responsibility and living within one's means were the norm and taught in our schools and mostly modeled by culture, including Hollywood films and the imminent influence of television. Those golden days are not only gone, they are largely forgotten.

The national debt, an affront to previous generations, including Republican politicians, grows and is approaching $28 trillion. President-elect Joe Biden wants to spend more. No one is calling for an audit and an overhaul of unnecessary spending and failed programs. We are the divided states of America, no longer "under God," but under suspicion of each other.

It has gotten bad. Before Christmas, The Washington Post featured a nearly full-page cartoon on its op-ed page depicting certain Republicans as rats. The Post singled out Republican state legislators, state attorneys general and others who sought to overturn the outcome of the November election. This reminded me of the dehumanization of Jews that led to the Holocaust.

One of the "rats" was named Rep. Steve Scalise (R-LA), a member of the House GOP leadership. On June 14, 2017, Scalise and four other people were shot on an Alexandria, Virginia, baseball field by James Hodgkinson, a left-wing activist, a Bernie Sanders supporter and a rabid anti-Trumper with a record of domestic violence. Did the hatred generated by our modern politics contribute to that act and the bile we sling at each other? It could be argued that it did.

Judy Garland protested, saying they were too depressing and little Margaret O'Brien to whom she sang the song would cry and the world would consider her a monster.

The lyrics were changed but the original ones may be more reflective of our current state of mind as we enter 2021. We can only hope that "next year all our troubles will be out of sight." Given our present circumstances, I am doubtful.