The unmentioned issue in this campaign 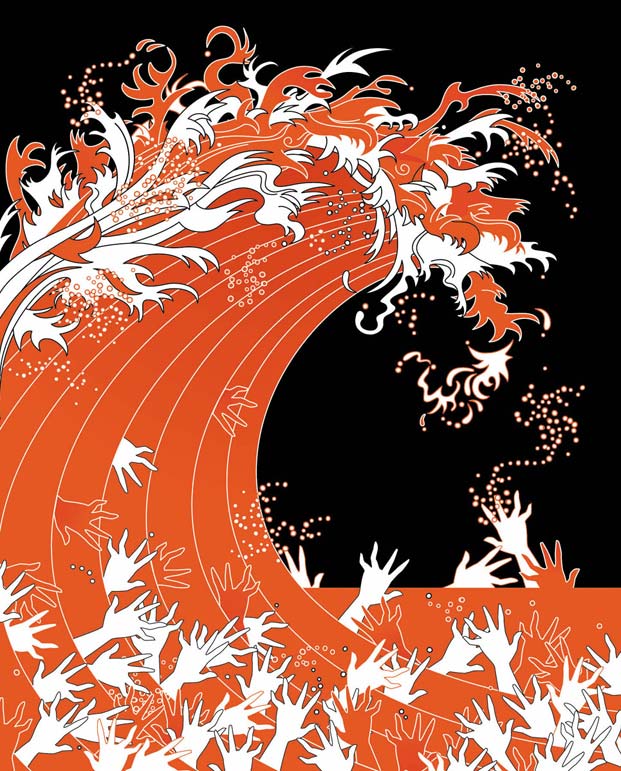 No reporter asks about it. The candidates don't talk about it. Are voters even concerned about it?

The unmentioned "it" is the national debt, which days ago reached $27 trillion and continues to grow like an untreated tumor on the economic body of the nation.

At least one group is trying to get the public's attention about how dangerous the national debt is to the future of the country. It is the newly formed Millennial Debt Commission (MDC), a civilian-led commission working toward a framework for long-term deficit reduction, made up of "20 millennial business leaders from across the country."

The MDC recently held a conference call with current and former Members of Congress (all Republicans, unfortunately, since the debt is equally the fault of both parties) and former government officials.

One of those on the call was former Congressional Budget Office Director Doug Holtz-Eakin, who said the national debt is "quite literally mathematically unsustainable." This is not new, as many have been saying much the same over many years, though they lack the will to do anything about reducing it. These include congresses with Democrat and Republican majorities and administrations. Holtz-Eakin added, "We are headed into a death spiral where we borrow to pay interest on previous borrowing, and it cannot be sustained."

It is, as Sen. Ron Johnson (R-WI) calls it, "intergenerational theft." We've heard that one before, too, but it's one thing to sound an alarm; it is quite another to stop the thieves. Said Johnson, "70 percent of our budget (is) now on complete automatic pilot. . ."

While some alarmists are warning we could all die from climate change in the next however many years (their predictions differ and have been consistently wrong), the national debt is a clear and present threat to the stability, even existence, of the country. Great nations of the past have expired, or been greatly diminished, by refusing to control debt.

Rep. William Timmons (R-SC) warned, "The global economy is not going to allow the United States government to borrow $70 trillion (his estimate at the current rate of borrowing and spending). . .we will lose our pre-eminent position and the dollar will just be in the trash can."

Rep. Bryan Steil (R-WI) added, ". . .the projected Congressional Budget Office debt to GDP ratio at the end of the year is 101 percent. That's really the tipping point when you talk to macroeconomists and where you get into a danger zone. . . . What we need to do is have an adult and thoughtful conversation about how we are going to turn the tide and get back to a sustainable path going forward."

Ah, but herein lies the problem. Sen. Joni Ernst (R-Iowa) told the conference call participants, "I was on the budget and appropriations process reform committee, the joint select committee that was established several years ago . . . we couldn't come together on legislation. We could not do anything more than simple window dressing. . . . There are so many people stuck in the way that we've always done things . . . and we really do have to move beyond that."

The ongoing problem is how? As long as many Americans believe government owes them money extracted from other people, as long as politicians use spending to "buy" votes, refusing to say "no" to any request, the debt will grow. That guarantees the bill will come due sooner rather than later.

Ralph Waldo Emerson is among legions of people who have warned of the dangers of debt: "A man in debt is so far a slave."

If that is true for individuals, how much more for nations?"