Time to end the judiciary circus 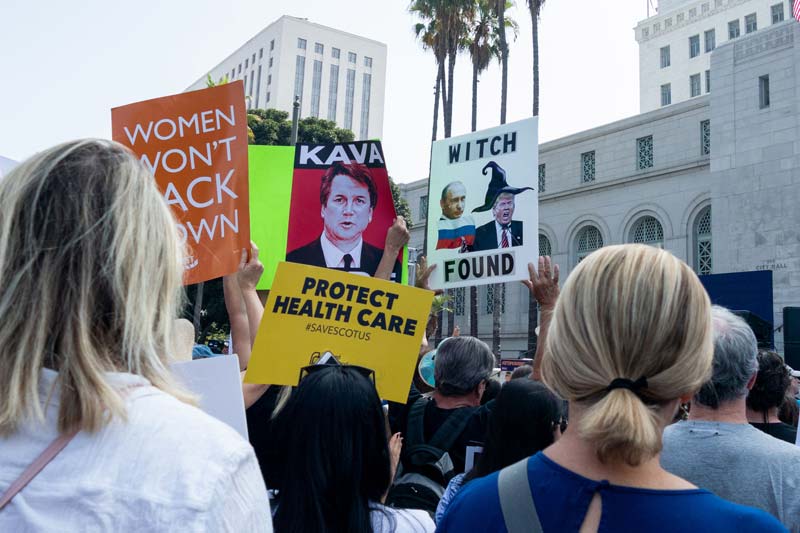 Protesters took to the streets to protest Donald Trump's nomination of Brett Kavanaugh to the Supreme Court. Dreamstime

The Ringling Brothers & Barnum and Bailey Circus announced last year it was closing after a 146-year run, largely because of high operating costs, costly legal battles with animal rights groups and declining ticket sales, especially after elephants were retired from the show.


embattled nomination for the has become a circus, and it's time for the to consider closing it to the public.

As Kavanaugh's nomination has shown, these hearings only serve the objectives of special interests and certain politicians, not the general public.


The is silent on congressional committees, which were established well after the document was ratified. (its official name) was, in fact, not established until 1816. Its purpose was to serve as a forum for public discussion on social and constitutional issues and to discover the views on these issues from nominees to federal courts and other high offices within the judicial system.

In modern times, this committee has been used as a stage for political theater. During the Kavanaugh hearings, activists from far-left groups disrupted the proceedings, hoping, presumably, to get their pictures in the papers. Their rude behavior guarantees it. Defenders say they are exercising their First Amendment rights, but should those rights deny others their right to speak without being interrupted?


Why does it seem that incivility is mostly practiced by the left? When a Democratic president nominates someone for the , one doesn't usually see Republican and conservative activists shouting and displaying signs in the hearing room. In the case of recent nominees by Democratic presidents, the obstructionist power play over the nomination of notwithstanding, though even in that case, we did not see the virulent cast of characters we're seeing today, some have voted to confirm, believing that elections have consequences and as long as the jurist is qualified, he or she should be approved.

Not so with , who appear to see the court as a cover for their inability to get unpopular laws through , for example the outlawing of prayer and Bible reading in public schools and the striking down of all state abortion laws.


If order and decorum are to be protected during future hearings for nominees, the committee should ban the public from attending. In a technological age where television networks can be accessed on smartphones, why is it necessary to have people filing in and out of the hearing room? What does the public gain from having such access?

If activists want to exercise their First Amendment rights let them do so outside the building. That way, the rights of those inside will also be protected. Isn't that fair to everyone?


If public access is allowed to continue and should get one or possibly two more opportunities to name a conservative judge to the court, these demonstrations and allegations of misconduct are likely to get worse.


Like the shuttering of the Ringling circus, it's time to shut down this judicial circus. We can start by locking the door and conducting these hearings in an orderly and respectful way that honors everyone's rights, including the right of senators and the public to hear from the nominee uninterrupted by people whose parents, apparently, never taught them manners.