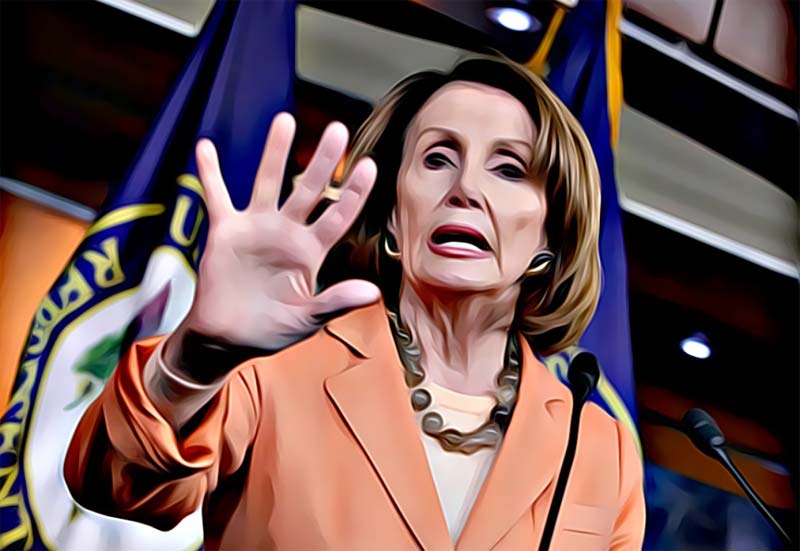 Responding to Democrats in her party who are troubled by the massive $3.5 trillion spending bill that would forever transform America into a debtor nation, Speaker Nancy Pelosi asked a question: "Where would you cut?"

Her question carries with it a conceit held by many contemporary politicians that every government program is sacred and must not be touched. Even suggesting that a decrease in the rate of spending increases can get a member trashed by those with vested or ideological interests in big government. Every government program â€“ sometimes immediately, but inevitably â€“ attracts people with personal or political interests in maintaining it. The programs become like barnacles on a ship â€“ useless, but difficult to remove.

Where to cut? I have long promoted the idea that what is needed is an outside auditor to come to Washington, D.C., and review every program and agency, recommending which ones to keep and more importantly identifying which ones have outlived their usefulness, or were never useful.

While awaiting that day, which likely will never come, I accept Pelosi's challenge. It isn't difficult to find places to cut. Virtually everyone knows that entitlement programs must be reformed. Instead, Pelosi and many of her fellow Democrats want to expand them, addicting more people to Washington, apparently hoping that out of gratitude they will always vote for Democrats, making America a virtual one-party nation.

Last March, two reports on the economy were published, but because of the global pandemic they were mostly ignored by the media. One was from the nonpartisan Congressional Budget Office (CBO). In its 2021 Long-Term Budget Outlook, the U.S. received its lowest ranking ever, just 20th in the world in overall economic freedom. It said the reason was a dramatic decline in fiscal health. We are worse in that ranking, CBO said, than 150 other countries. CBO concluded that because of overspending, the national debt has already eclipsed the size of the economy and if it continues, we will reach 202 percent of GDP by 2051. If ever there was a case for "we can't go on like this," this is it.

The other report came from The Heritage Foundation, a conservative think tank based in Washington. It noted, "The primary drivers of the increases in spending are unsustainable entitlement programs, which require significant reform not only for the sake of the taxpayers, but also to allow better results for Americans in need. Unless substantial reforms are implemented, Medicare's Hospital Insurance Trust Fund will be exhausted in 2026. The Social Security Trust Fund is projected to be depleted by 2032, which could cause across-the-board benefit reductions for all retirees just 11 years from now."

In 2009, Brian Riedl of Heritage listed 50 examples of government waste. The list was not exhaustive and arguably has become longer in subsequent years. Cuts could begin with those spending programs to build public trust.

Included are billions of dollars in improper government payments ($72 billion in 2008); $92 billion on corporate welfare; government auditors spent five years examining all federal programs and concluded that 22 percent of them failed to show any positive impact on the populations they served, at an annual cost to taxpayers of $123 billion; unused or vacant federal properties cost $25 billion a year to maintain.

There is so much more, but the list answers Pelosi's question about where to cut. She sets up a strawman by mentioning childcare and other emotion-driven programs, as if these were allowed by the Constitution and the responsibility of the federal government. She should read the 10th Amendment, which says: "The powers not delegated to the United States by the Constitution, nor prohibited by it to the States, are reserved to the States respectively, or to the people."