Peace in the Middle East? Not so fast! 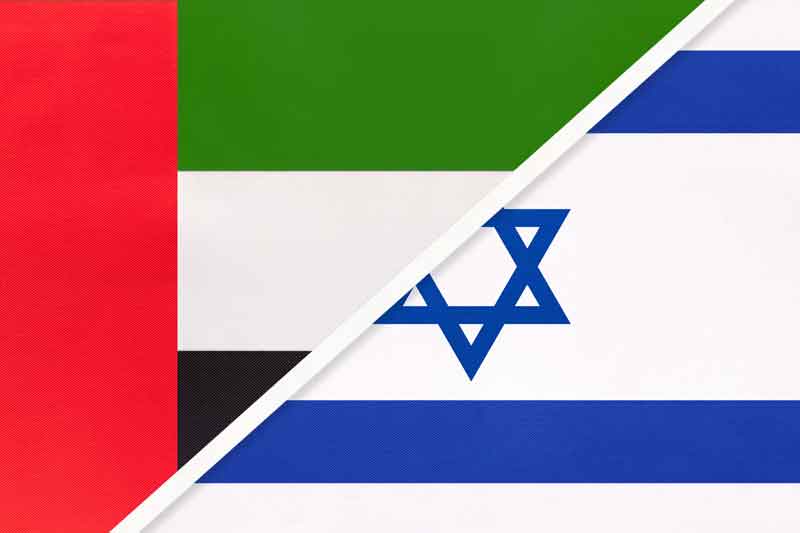 Anything that reduces tensions in the Middle East and contributes to Israel's security should be applauded.

The agreement between the UAE and Israel to establish diplomatic relations in exchange for Israel's suspension of settlements and claims to sovereignty over Judea and Samaria (as Israel refers to the West Bank) is a tremendous policy achievement, though UAE's Sheikh Mohammed bin Zayed was less enthusiastic in his description of the deal.

Not since Israel's peace agreement with Jordan in 1994 and going back to the spectacular one between Israel and Egypt, brokered by President Jimmy Carter, with Israeli Prime Minister Menachem Begin and Egyptian President Anwar Sadat, has there been such a positive development in the region.

Credit goes to Benjamin Netanyahu and President Trump, along with Trump son-in-law, Jared Kushner, and U.S. ambassador to Israel, David Friedman, for their roles.

Former Israeli diplomat Yoram Ettinger thinks a primary motivator for the UAE is fear of Iran. In his newsletter he writes: "The UAE considers strategic cooperation with Israel, in general, and the peace accord, in particular, a critical added-value to its line of defense (second only to the U.S.) against lethal threats such as Iran's conventional and terror offensive, persistent Muslim Brotherhood terrorism, ISIS and Al Qaeda terrorism, Turkey's operational and logistic support of the Muslim Brotherhood and Turkey's military base (5,000 soldiers) in the pro-Iran Qatar. The UAE, as well as all other pro-US Arab regimes, recognize Israel as the most effective and reliable â€˜life insurance agent' in the region."

Other Middle East countries, especially Saudi Arabia, also fear Iran and the growing possibility that Tehran will soon possess nuclear weapons. The ever-cautious Saudis appear to be taking a wait-and-see attitude before deciding whether to follow the UAE, Jordan and Egypt and establish diplomatic relations with Israel, something that could then shift the pressure to Israel to solve the intractable Palestinian problem.

As a Wall Street Journal editorial noted, "The diplomatic breakthrough also scrambles a volatile rivalry between Saudi Arabia and Iran. Both have competed for the mantle of Islamic leadership and used support for the Palestinians to burnish their credentials among fellow Muslims. Any Saudi-Israeli rapprochement, in the absence of a statehood deal with the Palestinians, leaves Riyadh vulnerable to the same criticism Tehran is now leveling against Abu Dhabi."

There remains the question of religion. I emailed a top White House official with knowledge of the background of the UAE deal on this question and received no response. A primary motivator for Arab and Muslim nations still hostile to Israel is their belief in a religious mandate to eradicate the Jewish state.

Can such agreements with people many radical Islamists have called infidels, apes, and pigs worthy of death have credibility when these same radical Islamists have been indoctrinated in Islamic schools, pulpits and their media with hatred for Israel and Jews? Will they receive a new revelation from Allah that he now believes it's OK for Muslims and Jews to get along?

That sounds like a stretch too far for me, but the region is a land of miracles.

There is still the question of what to do about terrorist organizations. Will they, possibly in coordination with Iran, launch attacks inside the UAE and against Israel to undermine the accord?

The key word in this diplomatic deal is "suspend." If the deal leads to other nations in the region following suit â€“ and as noted all feel threatened by Iran â€“ this will be good for everybody and the Trump administration will have achieved something no one thought possible. If not, Israel would likely pursue annexation.

If his name wasn't Trump, the president would likely get the Nobel Peace Prize, but that prize has lost all meaning since it once went to Yasser Arafat, who headed a terrorist organization, and to President Barack Obama who some believe did nothing to earn it.

I am willing to suspend my skepticism about the possibility of genuine peace in the region to see where this agreement leads, but the religious component is key and until that is resolved I remain neither optimistic nor pessimistic, but cautiously skeptical.