Dems need a Day of Atonement 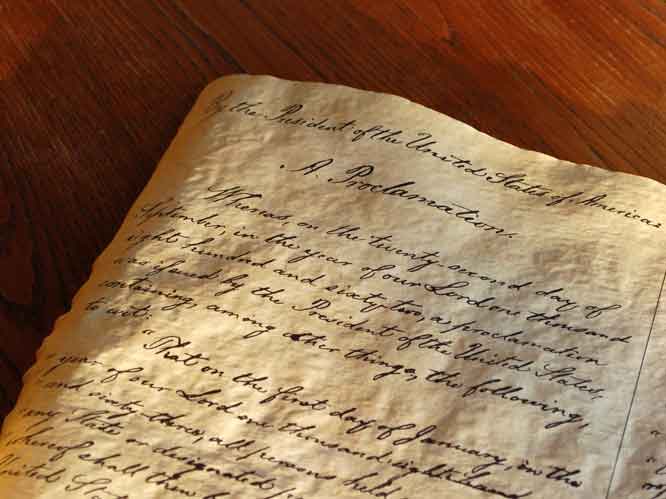 With the creation of June 19th ("Juneteenth") as a federal holiday, Democrats have one more claim to be the party of civil rights and equal opportunity for African Americans, though most Republicans also voted for the holiday. That claim has been promoted for decades by a compliant media, academia and high-profile politicians, but the facts say otherwise.

From Abraham Lincoln's Emancipation Proclamation in 1863 to the mid-20th century, members of the Democratic Party, dominant in the South due to its opposition to civil and political rights for African Americans," were on the wrong side of civil rights.

Federal troops finally brought the news of emancipation to Galveston, Texas on June 19, 1865, meeting resistance from plantation owners. This is the same year the Ku Klux Klan was founded. Nathan Bedford Forrest, a Confederate Army general and a Democrat, was the first grand wizard of the KKK, though he tried disbanding it in 1869 after growing critical of its "excessive violence."

The Klan, which numbered 4 million members at its peak, dedicated itself as History.com notes, "to an underground campaign of violence against Republican leaders and voters (both Black and white) in an effort to reverse the policies of Radical Reconstruction and restore white supremacy in the South."

The newspaper noted Democrats voted against "every piece of civil rights legislation in Congress from 1866 to 1966."

Congressional Democrats opposed the 13th Amendment, which officially freed the slaves in 1865. Only four Democrats voted for it.

Republicans passed the 14th Amendment in 1866, which granted American citizenship to former slaves.

Not one of the 56 congressional Democrats voted for the 15th Amendment in 1869, which gave former slaves the right to vote.

Republicans backed all the civil rights laws of the 1860s, including the Civil Rights Act of 1866 and the Reconstruction Act of 1867. Their party was founded on an anti-slavery platform.

Fast-forward to the 1960s. President Kennedy was reluctant to push too hard for civil rights for fear of losing Southern support. After his assassination, President Johnson claimed Kennedy was passionately for civil rights and used his death to advance legislation in Congress. Once again, powerful Democrats in the South opposed every bill.

A Senate office building is named after one of them, Sen. Richard B. Russell of Georgia, leader of the Senate's Southern caucus. Curious that as statues and memorials depicting former slave owners and those associated with slavery and racism have been removed from various locations, Russell's name remains on that building.

The Examiner noted a PBS program that stated, "The Democratic Party was responsible for passing Jim Crow laws, in addition to Black Civil Codes that forced Americans to utilize separate drinking fountains, swimming polls, and other facilities in the 20th century."

Richard Nixon, a Republican, introduced the Philadelphia Plan, the precursor to affirmative action.

While Democrats are now claiming another victory for themselves, they might want to consider establishing an additional special occasion. Given their party's deplorable civil rights record, it could be called a day of atonement.