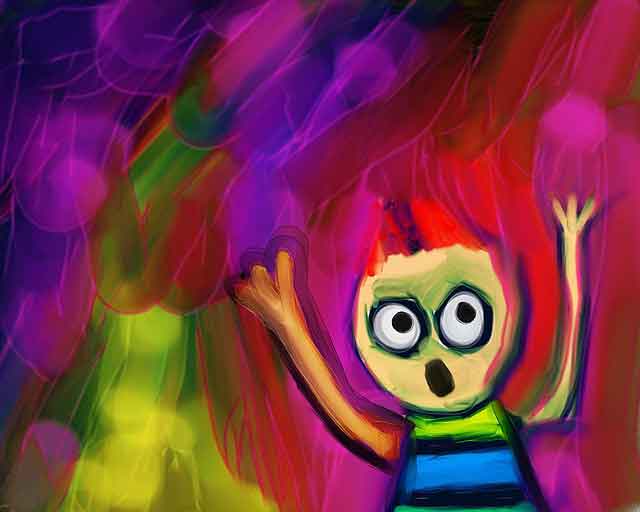 How are progressives made? By cooking them in a public school six hours a day, five days a week where they are seemingly indoctrinated with an ideology that contradicts the values and beliefs of many of their parents.

It began as a trickle, but now is approaching a flood as activist groups — notably LGBTQ organizations — have infiltrated public schools and demanded their views on sexuality and gender be taught.

Here are a few of many examples. In Montgomery County, Maryland (where I received a good education without the culture war stuff), Cedar Grove Elementary School posted this message on its PTA Facebook page: "[we] will be celebrating love, respect, and tolerance: by use of video with students holding Pride flags while pledging, ‘Love, Respect, Freedom, Tolerance, Equality, and Pride.'" What happened to pledging to the American flag?

Also in Montgomery County, a once conservative suburb of Washington, D.C., The Washington Times reports a group of parents are waiting for a federal judge to rule on their lawsuit directed at overturning a school district policy that "requires teachers to hide how gender-transitioning students identify at school by reverting to ‘birth' names and pronouns with ‘unsupportive caregivers."

Erin Lee, the mother of a 12-year-old girl in Fort Collins, Colorado, complained when an after school "arts club" her daughter attended turned out to be a "Genders and Sexualities Alliance Club." Lee said the club taught that "heterosexuality and monogamy are not normal." She also claimed students were told not to tell their parents. Lee pulled her daughter out of the middle school and enrolled her in a private Christian school where she says she is "doing much better."

It's not just gender and sexuality that is being taught in public schools. A group of Jewish parents has filed a federal lawsuit challenging the teaching of what they claim are anti-Semitic and anti-Zionist materials in Los Angeles public schools. The materials, they say, refer to Israel as a "settler state" founded on "genocide."

In their book "Get Out Now: Why You Should Pull Your Child from Public School Before It's Too Late," Mary Rice Hasson and Theresa Farnan detail at great length -- with hundreds of documenting footnotes -- the progress activist groups have made in manipulating the minds of young people whose ability to think critically has yet to be even marginally developed.

This one paragraph sums up the challenge: "Public education has been incredibly successful in one area — churning out youthful progressives — growing numbers of men and women in the grips of existential confusion, perpetual victimhood, and political intolerance. . ..The system takes full advantage of their most formative years in early elementary school, and the indoctrination continues through high school. Thanks to America's public schools, they show up to college already prepped and ready to play on the progressive team."

The authors have an Appendix in which they answer most of the questions raised by parents — including how to deal with the cost of private education and whether their kids can play sports if they don't attend a public school.

Refusing to protect one's children from this stuff is a form of moral, spiritual and intellectual abuse. As this school year comes to an end, the summer would be a good time for parents of public school children to consider what is truly best for their offspring. They can start by investigating what is taught in their local school and they can finish by getting them out.