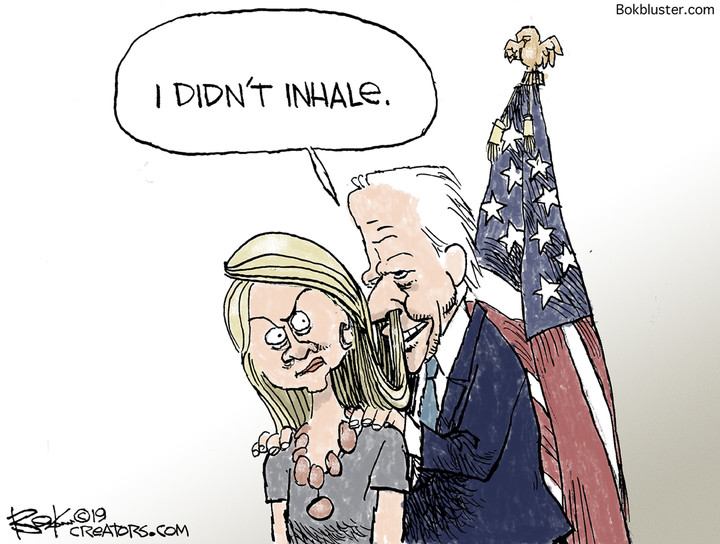 Why does it seems like the political equivalent of a Mafia hit job on , who is being whacked before a much-anticipated announcement of his presidential plans?

Most people who pay attention to such things have seen Biden's hands-on approach when it comes to women. Not until the last few days when two women have come forward to accuse Biden of inappropriate touching that made them uncomfortable have the major media and Democratic presidential candidates paid much attention to his behavior. That behavior doesn't come close to treatment of women (or ), but the fact that many Democratic candidates piled on Biden suggests that it was an inside job.

Biden spokesman, , told the that "right wing trolls" from "the dark recesses of the internet" are responsible for conflating images of Biden embracing, touching and sometimes kissing women on the cheeks or the back of their heads during swearing-in ceremonies when he was vice president.

Some of those he touched have issued statements saying they never felt uncomfortable in Biden's presence. In a statement from his office, Biden says he meant no harm to anyone, but his female accusers "should speak and be heard" and that "he will be among those who listen."

That won't be enough for those who want him out of the race before he gets in. In the #MeToo era, his actions won't be permitted, although a double standard exists when it comes to other politicians accused of inappropriate behavior. Two women have publicly accused Lt. Governor of of being forced to have sex with him.

Appearing on "CBS This Morning," and told their stories to . Watson called Fairfax a "predator" and described how he forced her to perform oral sex on him during the in in 2004. She admits going to his hotel room and willingly kissing him, but then said he went further against her wishes.

Fairfax has vehemently denied their accusations and claims the sex was consensual. His office says he passed a polygraph test.

Biden is more experienced than any of the announced Democratic presidential candidates, which may be why the others want to derail his potential candidacy.

It would be helpful to our political dialogue if a standard existed for what is to be tolerated and what is not when it comes to relations between men and women in political life and then to see it equally applied.

By today's "standards," a series of pictures on the internet of Biden hugging, touching, squeezing and kissing women and even young girls looks creepy. He says it merely reflects his affectionate side.

Someone should ask and even what they think. Their answers would be interesting.

If Biden announces for president, the conversation and debate over what is permitted and what is not will only grow. I'm betting that Biden will choose not to run. If he does, these allegations by the two women are likely to cause donors to look elsewhere and convention delegates to do the same.