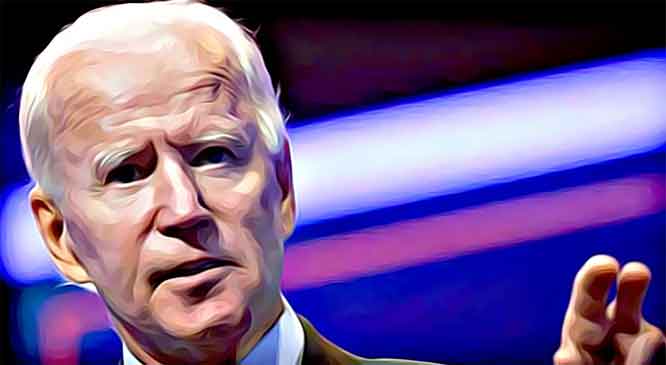 It's an old Washington political trick. When you're in trouble, change the subject.

When President Biden's poll numbers are low and falling, when the economy has produced the worst inflation in four decades and gas prices in some states have reached record highs, when he claims we should expect food shortages and produces gaffes instead of gas and then refuses to walk them back, even after aides have tried to correct him, change the subject. Biden's troubles are compounded when he denies walking back any of his statements and tries to explain he didn't mean what he said.

While the president attempts to persuade us that we are experiencing the best economy in decades, we know otherwise. We should not focus on bad things, he tells us, but look to his budget proposal for fiscal 2023, which he claims will lower the deficit and do all sorts of things for us, while imposing a wealth tax on those evil "billionaires" who just haven't been paying their "fair share." It's a line Democrats have used for decades without defining fair share.

A Wall Street Journal editorial gets it right: "The fiscal 2023 budget (Biden) unveiled Monday re-proposes most of the bad ideas that haven't passed Congress and adds a new one — a tax on wealth that he refused to endorse as a candidate in 2020. On the economy, he's pivoting further to the left, presumably to fire up sullen progressives in November."

The president is again trying to include in this budget monstrosity money to pay for lawyers to assist undocumented immigrants who have broken our laws to get into the country. It is something he proposed a year ago but couldn't get through Congress along with the rest of his "Build Back Better" legislation. Stop and consider that for a moment. The president, who took an oath to uphold the Constitution and laws of the land, wants to hire lawyers and pay them with our tax dollars to help people who have broken those laws to live in the U.S. and receive other benefits, also paid for by taxpayers. Does this make sense? One hopes none of it will pass Congress and when Republicans take over one or both branches in the November elections many of these spending ideas will never again see the light of day.

Two polls demonstrate the deep hole in which the president finds himself. A Gallup poll shows him at the lowest of his presidency with a 40 percent approval rating for the job he's doing on foreign policy. His overall approval rating is 41 percent. What is there to approve of, given his foreign and domestic policy disasters? An NBC News poll found "7 in 10 Americans expressed low confidence in President Joe Biden's ability to deal with Russia's invasion of Ukraine â€¦and 8 in 10 voiced worry that the war will increase gas prices and possibly involve nuclear weapons."

Those impressions are unlikely to be reversed before the election, especially since it seems the left is looking to use high gas prices to drive us into electric vehicles, whose average cost is $40,000, a price most people can't afford.

Biden's gaffes don't help. On Monday, cameras showed note cards from which he read answers to questions his staff thought would likely be asked by reporters, a device the former president readily used to much criticism.

It is now up to Republicans. They should not just point out the obvious failures of the Biden presidency, but propose solutions that will reverse disastrous foreign and domestic policies. Maybe they could call it "walk forward better."