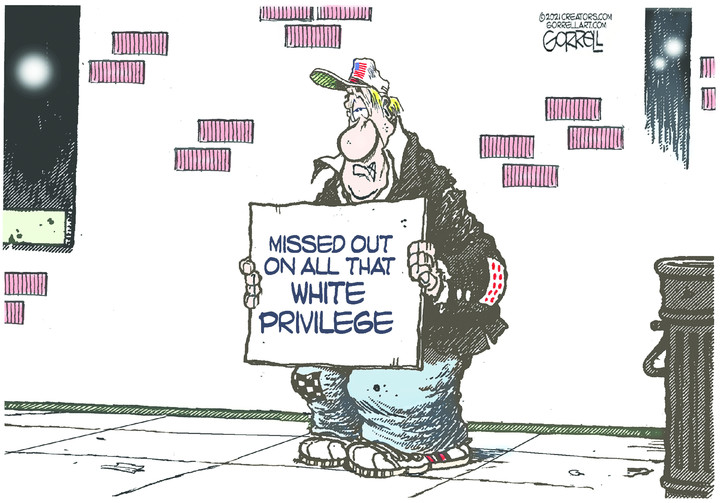 Jim Crow was not a person, but unlike most former presidents, he has a museum: The Jim Crow Museum of Racist Memorabilia.

The name came from a song written by Thomas Dartmouth "Daddy" Rice. From the museum webpage: "Rice, a struggling â€˜actor' (he did short solo skits between play scenes) at the Park Theater in New York, happened upon a black person singing (a song titled â€˜Jim Crow') — some accounts say it was an old black slave who walked with difficulty, others say it was a ragged black stable boy. Whether modeled on an old man or a young boy we will never know, but we know that in 1828 Rice appeared on stage as â€˜Jim Crow' — an exaggerated, highly stereotypical black character.

"Rice, a white man, was one of the first performers to wear blackface makeup . . . His Jim Crow song-and-dance routine was an astounding success that took him from Louisville to Cincinnati to Pittsburgh to Philadelphia and finally to New York in 1832. He also performed to great acclaim in London and Dublin. By then â€˜Jim Crow' was a stock character in minstrel shows, along with counterparts Jim Dandy and Zip Coon. Rice's subsequent blackface characters were Sambos, Coons, and Dandies. White audiences were receptive to the portrayals of blacks as singing, dancing, grinning fools."

President Biden and other Democrats apparently want us to believe there has been no racial progress since then.

Democrats should display some humility when it comes to African-Americans and voting since it was members of their party who opposed civil rights legislation, defended slavery in the 19th century and promoted "black codes" in Southern state legislatures that denied many rights to former slaves. Those were elected Democrats who stood in schoolhouse doors, denying access to black children. Democrat sheriffs clubbed people in the streets during demonstrations and sicced dogs on them, among other indignities. It was also the party that required "poll taxes" and "literacy tests" for blacks, violating their right to vote.

The Georgia law leaves in place many voting options, in addition to showing up on Election Day. It eliminates signature matching, which should appeal to both parties. Vote tabulators will no longer have to subjectively decide the authenticity of two signatures.

Instead, voters will receive an ID number with their mail-in ballots or applications. Those numbers must match. In person voters who do not have an ID can easily obtain one.

How is doing a better job of ensuring ballot integrity and boosting confidence in election outcomes racist? Critics claim the new law negatively affects African American voters. Do they think Blacks are so incompetent they can't do the minimum required in order to vote?

For years Democrats have expanded voting laws to include registration at the DMV, early voting, and absentee voting with no excuses (still allowed under the new law). The Georgia law, which is being duplicated in other states with Republican majority legislatures, seeks to prevent vote harvesting and voting by people who don't exist, or who have moved out of state.

Today's Democrats like to claim "voter suppression" when Republicans attempt to make sure every ballot is legitimate. We can't afford to repeat Donald Trump's claims of suspect voting behavior, miscounting and questions about machines and illegal voters that he alleged characterized the 2020 presidential election.

Most people are willing to accept the defeat of candidates for whom they voted if they believe the system was fair and the tabulations accurate. Achieving that end is the purpose of the new Georgia law. It's not about Jim Crow, or for that matter, "Jim Eagle."