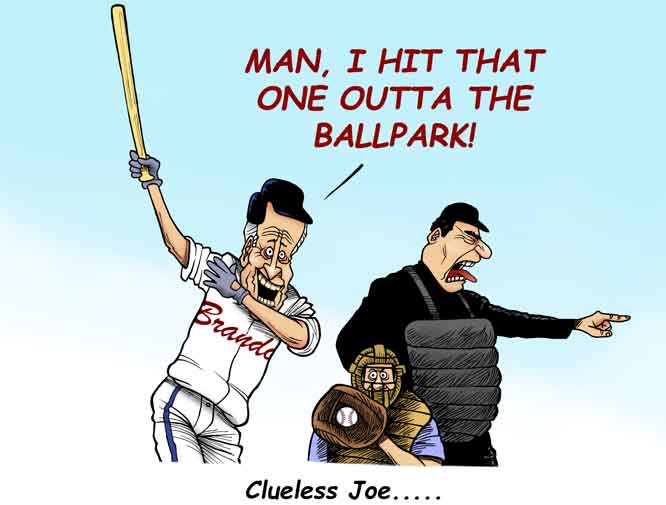 President Biden's speech from Warsaw Saturday night, reminded me of two previous presidents who delivered speeches confronting the autocracy that was then the Soviet Union and is now Russia, led by Vladimir Putin, a man Biden has rightly called a war criminal.

On June 26, 1963, Kennedy spoke before the Berlin Wall which the Soviets had erected to stem the flow of Berliners out of the communist "paradise" to the West. In his remarks, Kennedy said, "Freedom is indivisible and when one man is enslaved, all are not free" and "…lift your eyes beyond the dangers of today, to the hopes of tomorrow … to the advance of freedom everywhere…" Kennedy's remarks came to be known as the "I am a Berliner" address.

Biden echoed Kennedy's optimism when he quoted a phrase Pope John Paul II often used: "Do not be afraid."

In 1987, Ronald Reagan visited Berlin and delivered his "Mr. Gorbachev, tear down this wall" speech. Like Biden, Reagan contrasted systems of government that preserve freedom with those ruled by autocrats who quash freedom. Reagan said, "Freedom leads to prosperity. Freedom replaces the ancient hatreds among the nations with comity and peace. Freedom is the victor. … We believe that freedom and security go together, that the advance of human liberty can only strengthen the cause of world peace."

In his speech Biden went further than Kennedy and Reagan, calling Vladimir Putin a "butcher." Speaking directly to the Russian people ("if they can hear me") he tacitly called upon them to remove Putin from office, saying "This man cannot remain in power." A White House statement walked back his clear reference to regime change, but what he said remains in the official transcript. Biden later denied he was calling for Putin's ouster, but the damage was done.

Biden also said the war will be a long one. Did he mean the Putin war against Ukraine, or something bigger, like the decades-long Cold War? He did not specify and that is part of the problem. What's the endgame and what is America's strategy for reaching it? Biden still won't supply Ukraine with old Soviet MiG airplanes to "close the skies," fearing that could trigger the use of nuclear weapons by Putin.

Biden again spoke of the need to end the West's reliance on fossil fuels and create more renewable energy. That is an objective that cannot be achieved anytime soon, like the war between autocracies and democracy, which the president said will not be won in days or months (or decades?). Autocracies preceded the worldwide need for petroleum and will likely continue should renewable energy eventually replace it.

Conservatives should praise Biden for what may be the best and most energized speech of his presidency while still asking why he and NATO won't provide more of what Ukraine president Volodymyr Zelenskyy says he needs to defeat the invasion.

The situation with Ukraine is different from what Kennedy and Reagan faced. Then, there was only a wall erected on the order of an occupying force that was not bombing East Germany, though guards shot anyone trying to escape. Those presidents used powerful words and Reagan's Strategic Defense Initiative to wear down the Soviet Union and cause its collapse.

Today, Ukraine faces predatory forces that have been ordered by another Russian dictator to do whatever is necessary to achieve his goals, including the killing of civilian men, women and babies.

The BBC reports an estimated 200,000 Russians have left their country since the start of the war, a significant "brain drain." Those who have stayed should heed President Biden's call to remove Putin from power by whatever means necessary. I think Kennedy and Reagan might have approved of such a goal.