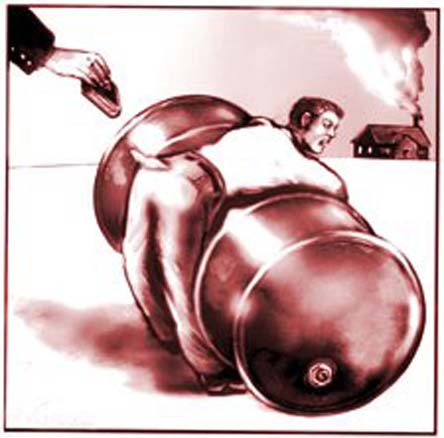 The front-page headline in Monday's Wall Street Journal said: 'Biden weighs how to pay for Agenda.' Who purchases something they know they can't afford, and then worries about paying for it later? Only government.

After less than two months in office, President Biden and a majority Democrat Congress have engaged in record spending with insufficient money to pay for it. That may be about to change.

Bloomberg.com reports the president wants to raise individual income taxes, as well as taxes on corporations (and expand the estate tax) to pay for another round of spending on infrastructure and programs and policies dear to liberal hearts. We are already hearing the mantra Democrats have used for decades to justify tax hikes: The rich must pay their 'fair share.' They never tell us what is fair, or the amount of confiscation they wish to impose. It is always a moving target.

As mentioned in previous columns, the federal government does not lack revenue; it lacks self-control when it comes to spending. Some Democrats are even talking about the return of earmarks, those add-ons to legislation that Republicans voted to ban when they had a House majority. Democrats think they can revive them to tempt GOP members into going along with their spending plans.

Unrestrained by a Republican majority in either house of Congress, or a Republican president, Democrats have the votes to push legislation through, at least until the 2022 election, showing little concern for voter anger.

It doesn't matter to them that the Trump tax cuts produced tremendous economic results for businesses that then create jobs and hire workers. Democrats cling to the false notion that more spending and higher taxes solves everything. If it did, would it not have by now?

The left â€“ and that is what today's Democratic Party representsâ€“ believes that by spending more it can addict more people to government, enhancing the careers of politicians. In various ads and fundraising appeals over the years, Democrats have claimed that electing Republicans will lead to canceled Social Security checks and other government benefits. They never speak of individual responsibility, liberty, or the proper role of government. Oh, how we need term limits, but that would mean career politicians would have to vote for them, which they will never do.

Democrats will likely begin with raising corporate taxes, because they have been successful in portraying corporations as evil and greedy. Trouble is, those corporations hire people and employees also pay taxes, contributing to economic growth. If corporations must pay more in taxes, they are less likely to hire and layoff current employees. Anytime is a bad time to raise taxes but raising them while people are still struggling with the consequences of government shutdowns is immoral.

The Washington Post said this about raising the corporate tax rate: 'Some tax experts, business groups and Republican lawmakers say raising the rate could damage U.S. competitiveness. Countries around the globe have both recently and over the past several decades joined the United States in reducing tax rates to attract corporate investment . . . The average tax rate among countries is 24 percent, according to the Tax Foundation, a right-leaning think tank. Just last year, nine countries, including France, lowered their corporate tax rates.'

The current federal corporate tax rate is 21 percent. Former President Trump cut it from 35 percent. As we emerge from the pandemic, it should stay at 21 percent and President Biden should keep his hands off the money we earn.

What's needed is a nonpartisan panel to conduct a top-down review of all government spending, eliminating waste and reforming programs that are outdated, or can be better done by the private sector. Don't look for Democrats to do that. It isn't their nature. Republican hands aren't clean when it comes to spending, either.

Voters not addicted to government will have to demand more fiscal responsibility. As with nations of the past, massive debt and high taxes have contributed to national decline.