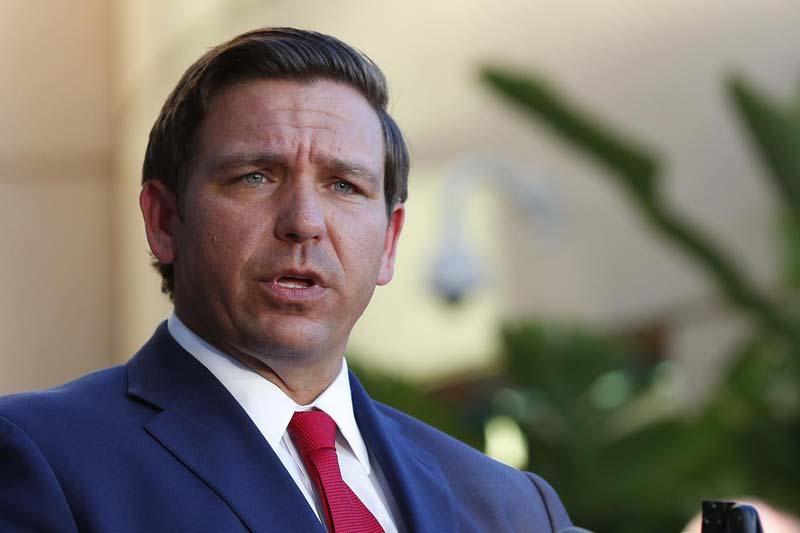 -- While most attention has been focused on immigrants trying to enter over America's southern border, there is legal migration taking place that has been largely ignored, though it may have at least as much economic and political impact as the other.

People are moving out of high-tax states to and other states with lower tax burdens.

new governor, , mentioned the movement in a speech to the , which describes itself as "a national network of over 250,000 pro-growth, limited government Americans who share in the belief that prosperity and opportunity come from economic freedom."

DeSantis says Governor has accused him of stealing residents from his state. "I'm not stealing anybody," said DeSantis, "they are driving people away."

The data back him up. of the , the first free-market organization in , produced a research document for the that shows "of the 25 highest-tax states, 24 of them had net out-migration in 2016." One of them is where "145 households moved in for every 100 that left."

DeSantis says this influx has fueled economic growth of the state, leading to a $1.4 billion revenue surplus.

Economist has created a chart that includes a comparison between the tax rates of and . He writes that while imposes high taxes and conveys an anti-business attitude (the recent debacle with losing a headquarters for Amazon is just the latest example), " imposes no state and local income taxes in addition to the federal income tax -- yet is booming, with a budget surplus, while is mired in debt. Only 50 years ago, had four times the population of , and now is larger than ."

The sound economic state of is not the only subject DeSantis is touting. He won applause from the dinner crowd when he mentioned his executive orders suspending Supervisor of Elections and Dr. , supervisor of elections. have accused these two of manipulating votes, causing confusion and chaos over vote counting that dates back to Bush-Gore in 2000.

DeSantis has other victories in his short time in office. He has named three conservatives to the state Supreme Court, transforming it from a liberal to a solid conservative majority. He has also announced plans to sign an executive order scrapping the "common core" public school curriculum, replacing it with a "strong American civics" course.

As a new resident, what amazes me is why high-tax states don't get it? The facts are there for anyone to see, except for those who deliberately refuse to see them. And that's the problem. In the case of , , , and other Democrat-run states, ideology appears to have eclipsed reality.

If thinks DeSantis is stealing residents from , maybe he should consider whether his policy of "stealing" taxpayer earnings and demanding that residents pay even more, isn't the real reason for the exodus.

It is not a difficult question to answer. In addition to the economic benefits associated with living in , the weather is a lot nicer, if you discount the occasional hurricane. While people were freezing up North during the recent polar vortex, the sunny temperatures in ranged from the 70s to the low 80s.

So, keep coming New Yorkers, and others from high-tax states. Down here, the policy seems to be that if you can earn it, you get to keep more of it. That is the best prescription for economic growth and personal satisfaction.