Going gaga over the ladies 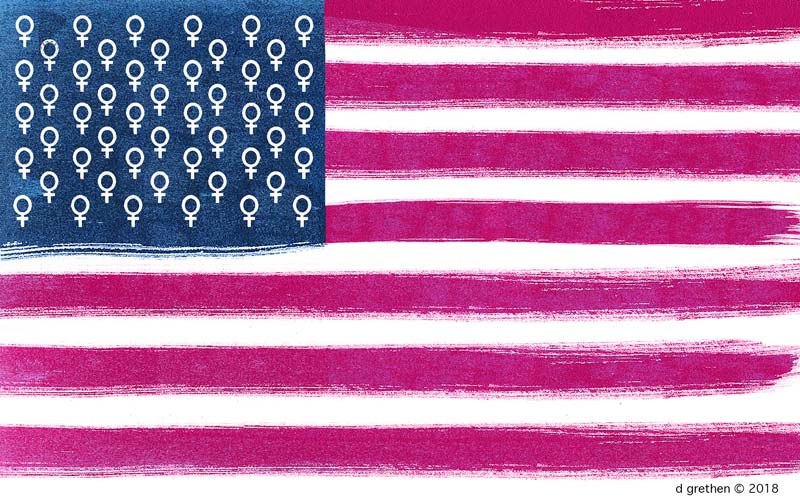 The major media have gone gaga over the number of women newly elected to and those announcing their run for the in 2020, with more female candidates likely to follow suit.

But media's bias -- one of many -- is revealed in their focus on mostly liberal women with barely a mention, if they are mentioned at all, of women who are conservative. Reporters, commentators and hosts on major networks, and including some cable outlets, speak of "women's issues," as if all women think, or should think, alike.

Worse, they never examine whether ideas floated by liberal women are anything new or whether they have worked in the past or are working presently. Many liberal pronouncements seem to be taken at face value, with little pushback to explain how they plan to make their proposals work, especially those that have been tried and failed before (consider programs to wipe out poverty, along with increased spending to improve public education, as just two of many examples).

Another example: the presidential candidacy announcement by Sen. (D-CA). Harris has been in the for only two years but already she hears "Hail to the Chief" playing for her? Who does she think she is, ?

In predictable liberal fashion, Harris wants to impose a $3 trillion tax plan on the country at a time when, according to Investorâ€™s , " $1.5 trillion Tax Cuts and Jobs Act could kick economic growth into high gear." Harris also tracks with Sen. (I-VT) in promoting Medicare for all that is projected to cost $30 trillion. With a national debt at nearly $22 trillion and soaring, the idea that we could absorb additional debt is a recipe for bankruptcy, especially when one considers that many initial cost estimates for past government programs have far exceeded projections.

Federal tax revenues have already hit record highs. The obvious problem is not insufficient revenue; rather, it is lack of spending discipline and the desire to give people whatever they want, hoping a growing addiction to government will produce more votes for the politicians dispensing "free" goodies.

Back to media's fixation: Why do major media outlets trumpet the causes of women, gays, African Americans, Hispanics and other groups who are liberal? Why do the ideas of conservative women never seem to receive that same level of attention? If you have to ask the question you haven't been paying attention.

It seems the major media long ago abandoned fairness, balance, even accuracy. Especially in the Trump era, they have displayed naked ideological cheerleading for liberals and their proposals. Any fair examination of major newspapers -- from the front page, to the editorial and op-ed pages -- proves the point. It has become much easier to speed read The and , because every day they contain little else but a steady drumbeat of anti-Trump stories, editorials and columns. The conservative has calculated that 90 percent of TV coverage of the first two years of the Trump administration has been negative.

Whatever one's views, this is not healthy for the credibility and stability of journalism, the political parties or the country.

Yes, there are far fewer Republican women in than female , but that is not an invitation to focus solely on the while ignoring Republican and especially conservative Republican women. Their ideas and proposals deserve at least equal consideration and examination.