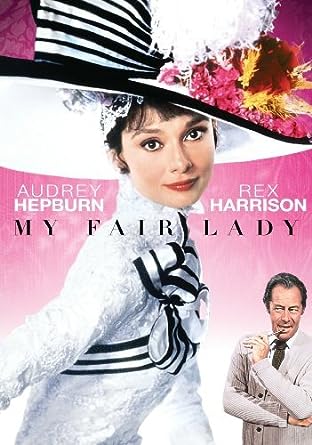 "Why can't the English teach their children how to speak?" asked Professor in the musical "My ." It's a good question for Americans, especially millennials.

On a recent flight two young women sat behind me, chattering away rather loudly. In just one minute I counted 16 "likes" and "you knows" from just one of them.

As an adverb, "like" means nearly, closely or approximately, as in "the experience was like jumping off a high diving board." There are other uses of the word "like," but this is perhaps the most familiar.

As for "you know," if the person already knows what you are telling them, why tell them?

These are verbal crutches, used to replace common English usage. They are the language of the ignorant, of a generation that can neither speak well, nor think rationally. Call them voters.

The late NBC News Correspondent wrote two books about the misuse of English. Some of his (and my) least favorite words are heard inside airports. Newman got irritated when airline employees spoke of a "podium," and not a desk. He was also flummoxed when they invited certain passengers to "pre-board" the airplane, which he noted was impossible. One can board early, or board ahead of others passengers, but to "pre-board" is a contradiction.

When I was in school English grammar was a requirement, not an option. We diagrammed sentences and learned the proper use and positioning of words. We were taught never to end a sentence in a preposition and learned when to say "me" and "I," and the difference between there, their and they're.

cliches were once mostly used by young people and inexperienced writers. Today, they have crept into the language of people who should know better. These cliches include "needless to say" (then why bother to say it?), and "cautiously optimistic." The once compiled a list of "200 journalism cliches ... and counting" of which the cliches above are only two.

Politicians love cliches and other words and phrases that often serve as smokescreens to fool the public. "The American people" is a favorite, as if all Americans think alike. "We can't keep spending as if there is no tomorrow" is another. So if we stop spending, will tomorrow come, or is this like when there will be six more weeks of winter whether or not the rodent sees his shadow?

Don't get me started on TV hosts and reporters. "As you can see," they often say. Yes, we can. That's because it's called television. It's not radio, OK? It has pictures. "Shot in the encounter" was a favorite of a former news director at a TV station where I worked. We wondered where one could find the encounter on one's anatomy? "Rushed to the hospital" was another of his favorites. Why not "taken" or "driven"? After being rushed to the hospital, one was then "hospitalized," which always sounded to me as a process resembling the application of wax to a car (Simonize for those who don't get it).

The point is to learn English as a means of expressing ourselves that shows we didn't just fall off a turnip truck (deliberate use of a cliche). What's the point of speaking English if it can't be properly spoken and understood?

Over Christmas I listened to the Welsh poet reading his brilliant "A Child's Christmas in ." The delight of words, well-chosen and beautifully spoken, was thrilling and captivating. He makes the listener want to listen, as opposed to wishing to plug one's ears when assaulted with "like" and "you know."

"One common language I'm afraid they'll never get," lamented . Could one of our Resolutions for 2019 be to speak better English?