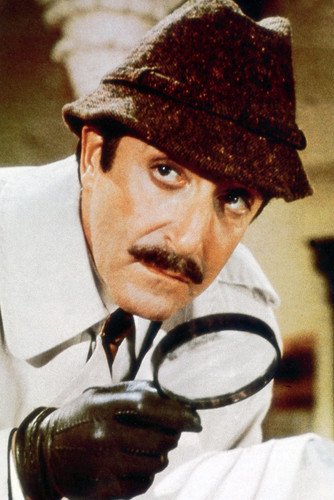 Sooner or later, Robert Mueller, the last of the great white hunters, has to show what he's got, ready or not.

If he is held to his commission, he'll have to show more than indictments of a few Russian officials for outstanding parking tickets in Moscow, or a kick in the pants of the usual array of Washington lawyers caught knee-deep in sleaze.

The Washington Post calls the great white hunter "the second-most famous man in Washington," and Time magazine says he was the second runner-up (to borrow nomenclature from the Miss America Pageant) to Person of the Year in 2018, surpassed only by "crusading journalists" (no one admires journalists like other journalists), and Donald Trump, the Old Reliable for every pundit in search of a subject.

Mr. Mueller makes noise, though muted in certain precincts, and journalists live on a diet of noise. "Mueller's silence has invited noisy speculation from partisans," Time magazine says. "To critics on the right he is an overzealous prosecutor drunk on power and roaming beyond his mandate in a bid to drive Trump from office. To liberals, he is a crusading hero who won't quit until he brings the president to justice."

A fawning portrait in The Washington Post makes him out a master at drawing silent applause and the more effective for it. He's not like a certain president famous for blowing his own horn. Left unsaid is that the great white hunter doesn't have to blow his horn because dozens of fawning pundits, correspondents and wannabes are lined up eager to pucker up and do it for him.

"Contrary to every single thing that [President Trump] tweets today," says his admiring biographer, "Mueller is and always has been probably the most apolitical nonpartisan person in the city. He does everything that he can to avoid the public spotlight and anything even slightly resembling politicking."

This is his biographer's description of the man at ground zero of the most political city on the globe, who has mastered the art of scratching the media in the places that itch most, routinely described as a starchy WASP lawyer working under the handicap of a severe case of rectitude.

Not everybody, however, sees him quite that way. Joe diGenova, a former U.S. attorney for the District of Columbia, critiques the "pathetic state" of the Mueller investigation into Russian interference in the 2016 presidential election, which he has transformed into an investigation into what seems to be an investigation into everything but Russian collusion. Mr. diGenova reckons Mr. Mueller's handling an "embarrassment" and says there is "absolutely no evidence" in any of the cases he has brought.

But there may be method at work. "He's charging people with lying so that he can say in his report, â€˜I would have proved collusion but all these people lied and prevented me from doing it,'" Mr. DiGenova tells television hostess Laura Ingraham. "This is the new narrative of Mueller. He's not of course mouthing it, but his actions prove conclusively that his new narrative is â€˜if these people hadn't lied to me, I would have been able to prove collusion.' This is the new Russian collusion theme now. This is what he's going to do. That's going to be what the report is going to be about. There is absolutely no evidence of that in any of the cases that he has brought. That is why he is now focusing on these side characters to accuse [the president] of lying or perjury because his narrative is going to be â€˜I couldn't prove collusion because they wouldn't let me.'"

"This is where we are. This is the pathetic state of Mueller's handling of this. This is an embarrassment."

And this is why the mighty organs of the mainstream/legacy media are celebrating now. There might be nothing to celebrate later. When Mr. Mueller turns in his special report, instead of the evidence the Democrats will need to make an impeachment stick, the liberal pundits who have invested everything in the mission to take the president out, won't have the goods.

All the evidence we've seen so far would easily convict Donald Trump of talking too much, cultivating a taste for the vulgar, liking the ladies too much for his own good (and maybe theirs, too), and indulging a Twitter obsession to the max. On the other hand, he has demonstrated exceptionally good taste in Supreme Court justices.

The criticism of the president is reaching a crescendo. Everybody expects something to pop, and soon. We've been here before, several times. It's always possible that Robert Mueller has found the smoking gun. Anything is possible. After two years on the hunt, even Inspector Clouseau occasionally stumbles on his man. But we shouldn't count on it.