It's not war, but a remarkable skirmish at the top 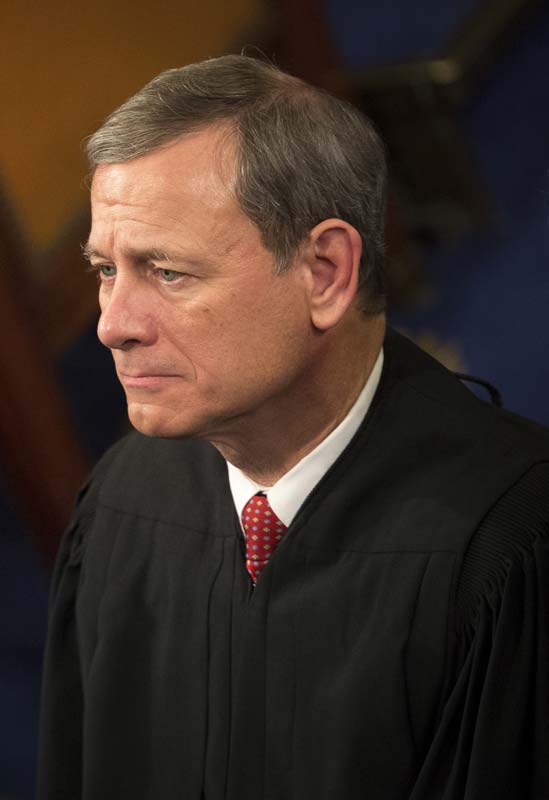 Politics is what Washington does, and denying it long ago became an art form, practiced by Democrat and Republican, conservative and liberal. There are a thousand ways to make the denial, some more eloquent than others. None are particularly believable.

President Trump set the teeth of Chief Justice John Roberts on edge this week when he described U.S. District Judge Jon Tigar of San Francisco, the judge who set aside the tightening of his migrant-asylum policy, as "an Obama judge."

"Every case that gets filed in the Ninth [U.S. Circuit Court of Appeals]," the president complained, "we get beaten. And then we end up having to go to the Supreme Court, like with the travel ban, and we won. This was an Obama judge. And I'll tell you what, it's not going to happen like this any more."

Mr. Chief Justice Roberts said what he was expected to say, that the United States does not have "Obama judges or Trump judges, Bush judges or Clinton judges. What we have is an extraordinary group of dedicated judges doing their level best to do equal right to those appearing before them. That independent judiciary is something we should all be thankful for."

The president replied with his customary Twitter storm, with only three exclamation points but with the kind of reasoned national-security points that always carry weight coming from a president. "Sorry Chief Justice John Roberts, but you do indeed have 'Obama judges,' and they have a much different point of view than the people who are charged with the safety of our country. It would be great if the 9th Circuit was indeed an 'independent judiciary,' but if it is why are so many opposing view (on Border and Safety) cases filed there, and why are a vast number of those cases overturned. Please study the numbers, they are shocking. We need protection and security - these rulings are making our country unsafe! Very dangerous and unwise!"

Judges like to think they came down from Olympus, bereft of the ugly little prejudices that bedevil the rest of us. But like the rest of us they're fallible humans, and over the years of a career they pick up certain attributes. You can look at these attributes and accurately figure how they're likely to rule most of the time. But you're not supposed to think that, and you certainly don't want to say that, though everyone does.

On the day before Thanksgiving the chief justice said "an independent judiciary is something we should all be thankful for." True enough, but if there are no "Obama judges" or "Trump judges" (or "Kavanaugh judges") a lot of good people, and some very bad ones, too, a lot of people, went to a lot of trouble twice this year for nothing.


The back and forth between the president and the chief justice follows the bitter controversy over the appointment and confirmation of Brett Kavanaugh, and the angry recriminations over the fact that the court is split, with five justices regarded as conservative (including Mr. Roberts) and four liberal.

The way this game was played is that nobody on the court admit to a political edge, and the president refrains from acting like a "Trump judge" betrayed him when he gets an unexpected ruling.

Several justices have spoken out about judicial independence and the danger of a divided court, but the only way to fix an unbalanced court it to appoint enough justices on one side or the other to restore balance. This was the idea of Sen. Chuck Schumer, the leader of the Democratic minority in the Senate. This was the earlier the idea of Democrats in the 1930s to "pack" the court to replace conservatives on the court standing in the way of FDR's New Deal.

The Supreme Court was once protected from skirmishes like this by its eminence, that it was too august to have to sniper fire from the White House. The lesson here is that nothing is any longer that eminent, that august. Sad.