So long to the end of the beginning 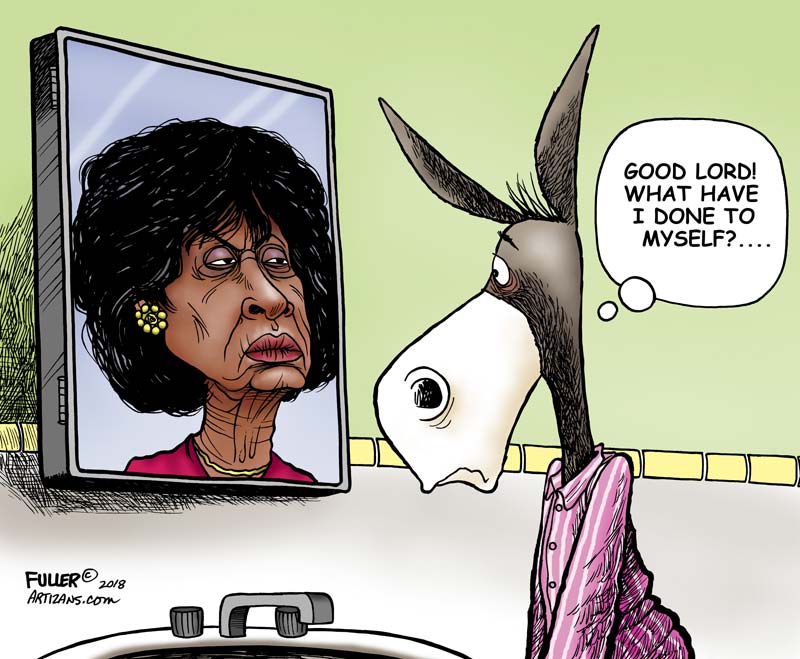 Just as soon as they get the dead carried out we can dispense with the last rites and continue the election that counts most. Ready or not, like it or not, the 2020 presidential election campaign begins this morning.

The pundits have been taking notes for months, eager to be first in line to promote somebody. If you're counting on success by getting struck by lightning, it's never too soon to get in line.

The early favorites, a category with a high number of prospects who will only get an early ticket to oblivion, presidential candidate-wise, are easy to identify but difficult to find when the going gets serious and impossible to find after the first presidential primary.

But for whatever such speculation is worth — and it's not much — most of the names that stand out are people whose names are here because they have something called "name recognition.â€ť That means some of the pundits of the chattering class in Washington and New York have heard of them, but almost nobody else anywhere else has, even in Peoria, once famous as the symbol of the place where all the common folk live. Peoria is further famous as the home town of "the taxi driverâ€ť who is so often quoted by political candidates and correspondents as the fount of so much political wisdom.

Joe Biden, the former vice president, is at the top of the list of 2020 prospects because somebody has to be there. Good old Joe missed his big chance when it first became clear that Hillary Clinton had the smell of defeat all over her. So many of the Democratic prospects two years ago were trying to get across the street when they saw her coming that it wasn't unusual to see Good Old Joe banging into Cory Booker banging into Andrew Cuomo banging into Eric Garcetti. The street was that crowded.

Good Old Joe flirted with destiny for a few weeks, but he had recently buried a beloved son, and dealing with tragedy of that size would remind any man of what's actually important, and running for political office, even the office of president of the United States, is definitely not it. The moment passed. Donald Trump was probably inevitable, anyway, just for being there when "the man and the hour have met,â€ť as they said of Jefferson Davis when he became the president of the Confederacy.

Bernie Sanders ranks just below Good Old Joe on the list of wannabes. He's getting ever long in the tooth, and if the socialist Utopia so long dreamed of by the Democratic radical left that has taken over the fantasists becomes a reality, an old fogey like Bernie won't be the man who introduces it.

Andrew Cuomo, the governor of New York, and Bill de Blasio, the mayor of New York City, are far enough to the left to warm the hearts in the coldest calculation of how the Democrats get from here to 2020. Jerry Brown, among the last of the old geezers of the party still standing, even gets a shout-out. Mr. Brown once plied his trade on the left-most flank of the party, but now he's something of a conservative, as Democrats tolerate conservative.


Pocahontas is gearing up for a feminist shout-out, but many serious Democrats, who have never been in love with Elizabeth Warren, think a closer search could reveal a female candidate better suited to the job than she is. Pocahontas deserves to be left alone with her souvenirs of past pow-wows. Many with unquestioned claims of Indian ancestry think so, too, and what Democrat would look forward to spending the next two years defending a nominee with fake credentials?

If Democrats do well in the midterms, they're counting on somebody who will smell like fresh goods. "In interviews, more than three dozen leading Democratic donors, fund-raisers and operativesâ€ť told The New York Times early on "that it was the earliest start they had ever seen to the jockeying that typically precedes the official kick-off to the campaign for the party's presidential nomination.â€ť

There's more at stake than a mere nomination. The right nominee might drive a stake through the heart of the Republican Party, leaving it bereft and bleeding for a generation. This view reflects the deep Democratic hatred of all things Donald Trump.

If the Democrats take the House, they risk letting loose the dogs of war, so great is that hatred, and these dogs might be rabid, capable of inflicting only ruin over the next two years. Think Maxine Waters, wing man for Robert Mueller, turned loose with a clutch of subpoenas to lead a futile impeachment of the president. We ain't seen nothin' yet.