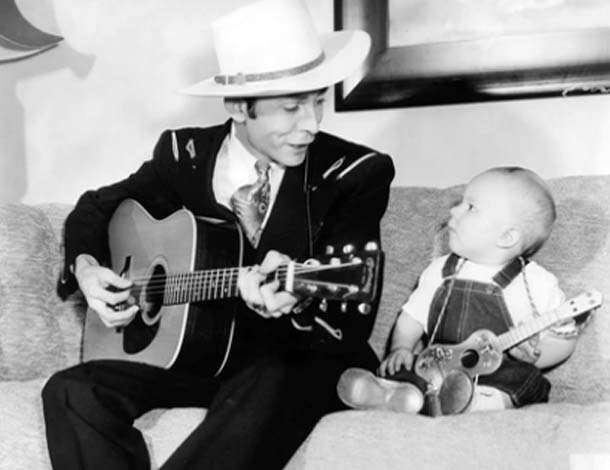 Monetizing friendships and politicizing grief are not always easy to do. You never want to be seen actually doing it. The hand must stay behind the curtain. But Washington and Hollywood, where successfully faking sincerity is high art, are forever tempted to try. Letting all that free ink and air time go to waste, like a crisis in Chicago, is, well, a waste.

Hank Williams' widow once told me how she was overwhelmed in planning the funeral for the country-music legend, whose death on New Year's Day 1953 set the stage for show-biz funeral in Montgomery, Ala., three days later. The cheatin' hearts on display were enough to wring tears from a cigar-store Indian named Kawliga.

"Everyone in Nashville who could croak a note showed up with a guitar, demanding to sing," the Widow WilÂ­liams said. "Dozens of people Hank never knew showed up claiming to have been his closest childhood friend." Roy Acuff sang "I Saw the Light," and Ernest Tubb waltzed across Texas to sing "Beyond the Sunset." The circle went unbroken.

Celebrity is the great American game, and funerals can be the great AmeriÂ­can stage. Last week was Grief Central in Washington, where John McCain was finally laid to rest after a cross-country funeral, and in Detroit, Aretha Franklin, "the queen of soul," was buried with enough preachers on hand, from Louis Farrakhan to Jesse Jackson to Al Sharpton, and even a bishop to squeeze a vagrant boob of one of the entertainers, to hold a mighty reÂ­vival, one without sawdust. Only in America. Both senator and entertainer deserved better.

Dignity was barely preserved in the send-off of John McCain, an authentic American hero whose patriot's dream survived the worst his evil captors threw at him in a squalid prison cell in Vietnam. The vanities of the politiÂ­cians who croaked their notes, some more discordant than others, could not diminish the memory of a man who taught a new generation about love of G od and country.

Show business need never apologize for being show business; show biz is just what it is. Who would not feel deprived when the stars of stage and screen fail to act like stars of stage and screen? The obsequies are observed in various ways. Aretha Franklin's funerary rites went on for eight hours, long enough for every croaker to get five minutes (or half an hour), with or without guitar, at the microphone.

Many a synthetic tear fell in Washington National Episcopal Cathedral, where the elites gathered to put their piety on parade. The Washington Post said "the full tableau of [Mr. McCain's] funeral — which included the three previous presidents and every major-party nominee for the past two decades — served as a melancholy last hurrah for the sort of global leadership that the nation once took for granted. [Mr.] Trump was absent and his name never invoked, but the entire service was animated by a sustained rebellion against the presiÂ­dent's worldview and his singular brand of politics."

Mr. McCain's daughter set the tone in rallying against the president, with whom her father famously feuded, accusing him of peddling "cheap rhetoric" [from a man who] will never come near the sacrifice he gave so willingly."

ProbÂ­ably true, but John McCain was entitled in death to more than off-hand tribute, even from a loving daughter, to flavor diatribes against Donald Trump. Joe Biden, the forÂ­mer vice president who sounded like he was tuning up for another run for the White House, and where better to audition? He teared up throughout his remarks.


Mr. McCain was a believing Christian, reticent about talking about his faith, but when he did he could be both profound and eloquent, as when he talked about the guard at the Hanoi Hilton who secretly loosened the binding ropes in a torture chamber to give him a few minutes of relief, and then revealed himself to be a Christian, too. Mr. McCain spoke of finding solace in an expression of faith scratched on a prison wall, when he was taken for a beating. Like the Apostle Paul who was imprisoned for his faith, he spoke of the pain in a prison cell moving him to feel closer to G od.

This kind of faith make small impression on the costumed prelates in elegant robes and clanking jewelry who warn visiting preachers at the Washington cathedral to avoid mentionÂ­ing Jesus Christ lest it offend visiting Muslims. Such faith makes no impression at all on politicians shouting their pieties from the pulpits of churches dedicated to worship of something greater than mere politics.

John McCain, observes Howard Kurtz of Fox News, had an entire career, an entire life, before Trump. But the media feels compelled to make everything, even a brave and heroic life well lived, something about Donald Trump. For shame.