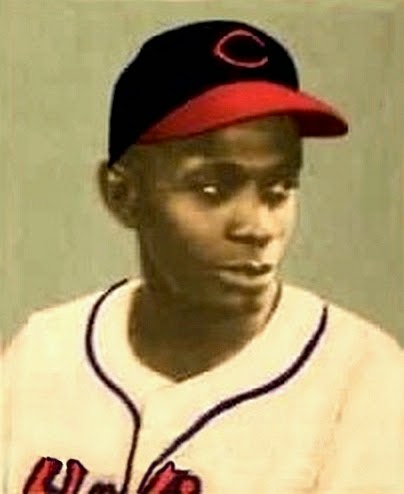 Satchel Paige, left, the legendary master of the sinking curve ball and famous doctor of philosophy, had a few wise words that Robert Mueller could use just now: "Don't look back, something might be gaining on you."

Mr. Mueller seems to be transforming himself from the hunter to the hunted. A mole in the Trump campaign has been exposed as an agent of the FBI despite frantic efforts to keep the scheme a secret. Voices, some of them voices of Democrats, are raised to tell Mr. Mueller that it's time to put cards on the table, to ring down the curtain, to put up or shut up, choose your cliche.

This can't be what he bargained for when he accepted the commission of special prosecutor, which is now called "special counsel." The special prosecutor/counsel expects to finish his great expedition to Lake Collusion and put away his fishing pole by Labor Day. We have the word on that not from Mr. Mueller, or from anyone on his staff of thousand-dollar-an-hour lawyers, but from Rudy Giuliani, the president's lawyer who has been negotiating with Mr. Mueller about a presidential interview. He said he learned that from Mr. Mueller himself. Waiting any longer than that might improperly influence voters in the mid-term congressional elections.

No doubt it would, voters being highly impressionable, but improperly influencing elections is exactly the point of the endless investigation into allegations that Donald Trump colluded with Vladimir Putin and the Russians, perhaps with many vodka toasts to each other, to steal the 2016 presidential election.

Everybody knows that election was destined by all that was unholy to be won by Hillary Clinton. But the sandy-haired anti-Christ got in the way, as The New York Times reminds us every morning, and persuaded the millions of deplorables to vote the other way. A bit fantastical, to be sure, but there's always the appetite of deplorables to believe fantastical things before (and after) breakfast.

Nevertheless, the beat goes on, like the bang and clang of a machine shop.

It's enough to break the hearts of true believers. A growing number of them are beginning to see disappointment by the dawn's early light, dimly on the distant horizon. "The Democrats, just like the Republicans of 1998," says Mark Penn, once a confidant and adviser to Bill Clinton, "have staked their party not on the issues, like inequality, health care or jobs, but on this battle to delegitimize Trump. They have driven it from a national joke to a national scandal, as every contact by anyone associated with the Trump campaign has become a banner headline from anonymous and increasingly questionable sources. They [have] turned Russia into kryptonite.

"I have seen this movie up close," says the pollster and policy adviser who held Bubba's hand during his impeachment and his subsequent trial in the U.S. Senate. "And I for one am hoping the sequel turns out differently and that some of the actors in this play — especially the special counsel and the Democrats — will rise above their expected roles so we can go back to accepting the finality of elections and battling on the issues instead of relying on the politics of personal destruction. I battled it in 1998 when the Republicans went down this path, and I look at what's happening today, and I say that as a country we can do better this time."

Mr. Mueller may well have an ample supply of smoking guns at the ready, to draw them one by one at just the right time for the public to see. Maybe he's stringing out his act to keep the client's money coming. How to do that is the first thing they teach you in law school, whether at Harvard law or by mail order at a school of law, hairdressing and mortuary science.

Maybe he's just entertaining himself by drawing it out to make that dramatic finish. Or maybe he's just putting off the inevitable, like a magician finally opening the cabinet to show that the girl he sawed in half is actually still in one piece.

Whatever, he'll have to do it soon. Something looks like it's gaining on him.