When the third time won't be the charm 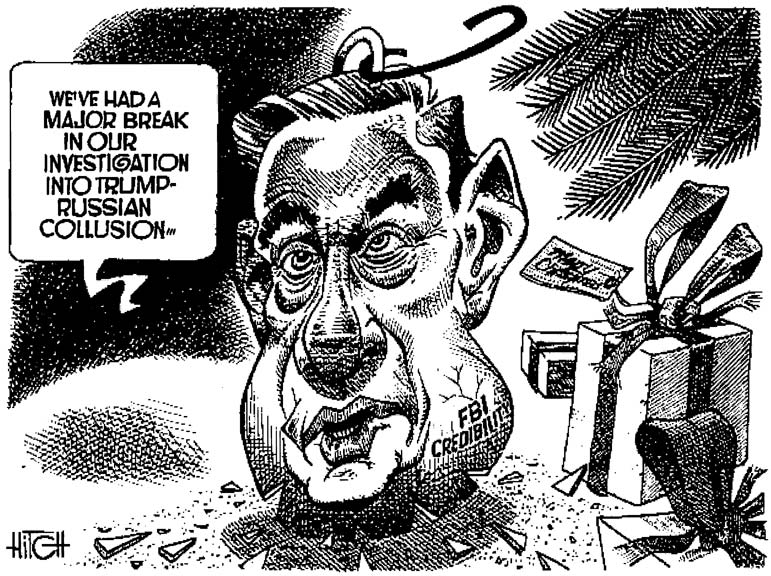 In the beginning, it was collusion with the Russians the Democrats were counting on to send the president to hell-bent for obscurity. When that partisan fantasy dissolved like snow on a sunny day, the Democrats seized obstruction of justice as the crime of the century. Then Robert Mueller concluded there was not enough there there, either.

Now the only "high crime and misdemeanor" left to imagine is that the attorney general "lied to Congress." Without a shred of reliable evidence, that's the thinnest fantasy of all. The third time is definitely not the charm.

So what's next? Is there a scandal about pilfered bedpans at the Department of Health and Human Services? Did the attorney general indulge a robust burp and forget to beg Gerald Nadler's pardon? What the Democrats need, in addition to a good 5-cent cigar, is a scandal with lasting power.

The summary, Mr. Mueller complained in a letter to Mr. Barr, was not inaccurate but "did not fully capture the context, nature and substance" of the prosecution team's "work and conclusions." It just didn't get the nuances right. Lack of context and nuance is what they all say when they get caught with their pants around their ankles.

What Mr. Mueller and his team of crack lawyers, all Democrats (not that that could make any difference, of course), are upset about is that press coverage has turned sour. For two years the media mob had been unanimous in the hosannas showered on Mr. Mueller, who invented rectitude, probity and honor at the bar, and now he's just another Washington lawyer who didn't come across with the goods.

Mr. Mueller, like Nancy Pelosi and Chuck Schumer, has been in Washington long enough that he can't be surprised by what's going down. The Democrats and some of the Republican elites were counting on Mr. Mueller to get the impeachment proceedings started. An honest Washington lawyer, and there are some, has to follow the facts as he finds them, and now he's paying the price for the company he keeps.

"The trashing of Bill Barr shows how frustrated and angry Democrats continue to be that the special counsel came up empty in his Russia collusion probe," The Wall Street Journal observes. "He was supposed to be their fast track to impeachment. Now they're left trying to gin up an obstruction tale, but the probe wasn't obstructed and there was no underlying crime. So they're shouting and pounding the table against Bill Barr for acting like a real attorney general."

Impeaching a president is not easy. The founding fathers were both smart and savvy. The Constitution was written by and for English aristocrats, and the founders were prescient enough to figure that getting rid of a president might one day become something like sport, tempting for a disappointed majority. It's as if they understood that the republic would stand until the people figured out a way to raid the till, and anyone standing in the way would have to be terminated (though not necessarily with extreme prejudice). So the founders wouldn't make impeachment easy.

A simple majority of the House can impeach a president, and Nancy Pelosi could certainly get that if she is so foolish to do it. Only twice in the nation's history has the House done that, impeaching Andrew Johnson of Tennessee, who was suspected of sympathy for the South in the wake of the Cruel War of Northern Aggression and the assassination of Abraham Lincoln, and impeaching Bill Clinton of Arkansas for lying under oath about his clumsy sexual moves. The impeachment of Johnson failed of conviction in the Senate by only one vote. The conviction of Bill Clinton fell 22 senators short.

Putting the country through an impeachment frenzy is something not many thoughtful members of Congress, perhaps even committed zealots, would do. But that kind of caution might not apply to the crazies in this Congress, some of whom have raised zealotry to high art. This clearly worries Speaker Pelosi, who has said no impeachment. A savvy pol, she understands that this would ruin whatever chance Democrats have of defeating Donald Trump next year.

President Trump and his side must remember that when your enemy is trying to destroy himself, the only smart thing to do is get out of his way and give him room. The crazies will do the rest.