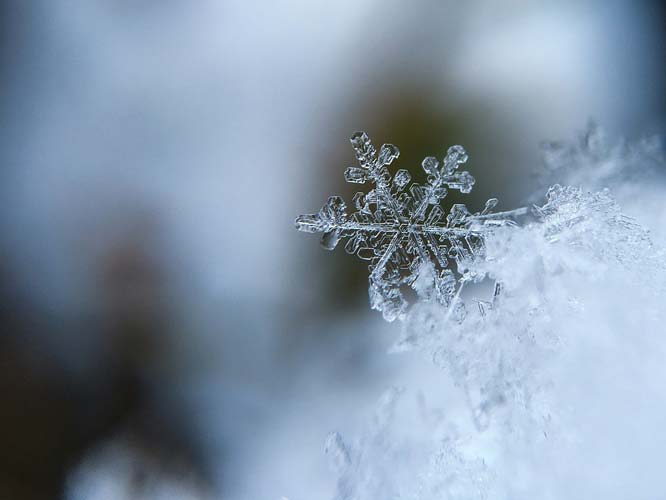 When Muslim terrorists brought down the World Trade Center 17 years ago, the Paris newspapers, in a fit of empathy, declared that "we're all Americans now." The sentiment was meaningless treacle and it quickly evaporated.

American citizenship, even if honorary, is too great a burden for Frenchmen to bear. But it was a nice gesture.

We're moved on now, and in the wake of rising scorn of all things Jewish, Christian, white and the fear and loathing of almost everything, the widespread reaction in the West, particularly in the precincts of the left, is that "we're all snowÂ­flakes now."

When Barack Obama and Hillary Clinton, once the face of the Democratic Party and both of whom profess to be folÂ­lowers of the Christ, tweeted their condolences to whomever after the Easter massacre in Sri Lanka, they could not summon the courage to use the word "Christian" to describe what they were actually talking about.

Neither the former president nor the former first lady, emÂ­bittered because she will never be a former president, could call the dead and wounded in Sri Lanka "Christians" and instead described the dead in the Catholic and Protestant pews as merely "Easter worshippers." Even the AmalÂ­gamated Press picked up the euphemism and reduced the slain Christians in news accounts to "Easter worshippers."

Perhaps they were confused, or not paying close attenÂ­tion to the news. Or perhaps they were just sore afraid (and when you're "sore afraid," as the comedian Dave Gardner once observed, "you are flat scared.") Mr. Obama employed no euphemisms in describing the massacre at a mosque in Christchurch, New Zealand. He rightly called it an attack on "the Muslim community." Hillary Clinton raised his descripÂ­tion of it to an attack "on the global Muslim community," and called out those "guilty of Islamophobia."

All this bad news is bad enough for everybody, but the snowflakes are getting the worst of it, and there's the ineviÂ­table "new study" to prove it. Researchers at the University of California at Irvine studied the coverage of the Boston MaraÂ­thon massacre and two years later the mass murder at the Pulse nightclub in Orlando, Fla., and concluded that watchÂ­ing too much of the wall-to-wall, 24/7 coverage of terrorist mayhem can even induce post-traumatic stress. Where are the shrinks when we need them?

The researchers analyzed the emotional state of 4,165 adults from across the country who had "consumed" many of the news accounts about the Boston and Orlando massacres and who began to suffer post-traumatic stress symptoms six months later. That was not the end of their distress. "Those who spent more hours engaged with seven different forms of media coverage about one event were more likely to worry over future events. And then, when another national trauma took place, those same people tended to seek out more coverÂ­age of it." A vicious cycle forms to deepen levels of distress.

"Distress responses to past large-scale collective traumas [such as terrorist attacks] may sensitize some people to media coverage of later collective tragedies, thereby exacerbating distress responses in their aftermath" the researchers wrote in the journal Science Advances. "This sensitization process may fuel a cycle of distress." And then, they conclude, it becomes a public-health issue, since those with post-traumatic stress disorder are more likely to suffer heart attacks, strokes and other cardiovascular problems.

The study suggests that we must be kinder and more gentle to snowflakes, who suffer from moving on from the warm cuddle of the campus into real life, where we're all pretty much on our own, doomed to struggle through recesÂ­sions and depressions, wars, hurricanes, floods and family difficulties and tragedies as best we can. It's bad enough to see tragedy up close and personal, but merely reading or hearing about a distant tragedy is enough to bring on collapse, mental and otherwise.

"Exposure to trauma, even at a distance," says Dr. David Spiegel, a psychiatrist who directs Stanford University's Center on Stress and Health, "will elicit the kind of reacÂ­tion you might have if you are witnessing an event yourself." News junkies and particularly parents of little junkies must be vigilant about rationing snowflake exposure to the sights and sounds of mayhem.

"Everything in their world is linked to them," the doctor says, "so events get woven into the story of their personal narÂ­ratives, and that can make it even more damaging."

We can only marvel at how our grandparents made it through life, surviving actual hunger and the misery of a Great Depression and then having to call on unknown reserves of energy and fortitude to fight and win the greatest of all our wars.

One of these days we may be called on again, to survive depression, war and worse, and unless we get an enemy comÂ­ing at us from Lower Volta, New Guinea or the Republic of Shangri-La, the Christmas goose is already cooked.