Trump, Biden and the septuagenarian smackdown 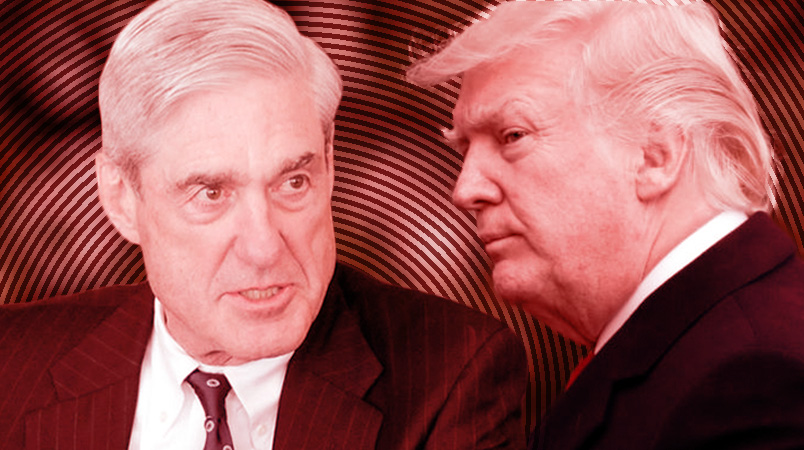 This won't be "the thrilla in Manila," or the "rumble in the jungle," but "two clowns in a septuagenarian smackdown" should do more for the sweet science of boxing than anything since the two Joe Louis-Max Schmeling fights on the eve of World War II.

Joe Biden wants to take Donald Trump "behind the gym and beat the hell out of him," as he described it to students this week at the University of Miami. For his part, Trump isn't trembling. "Actually," he says in a tweet, "Crazy Joe Biden is trying to act like a tough guy, but actually he is weak, both mentally and physically, and yet he threatens me, for the second time, with physical assault."

John Adams and Thomas Jefferson didn't get along, Rutherford B. Hayes and Samuel Tilden didn't like each other much, particularly after Tilden won the popular vote and Hayes was elected by the Electoral College, and Harry S Truman and Tom Dewey purely despised each other.

But until now presidents, vice presidents and rivals for the White House have never resorted to the manly arts of self-defense to assert public supremacy. But for the face-off between "Don the Destroyer" in the red trunks, and "the Dover Dynamite" in the blue, the promoters will need a bigger arena than an alley behind the high-school gym.

This is a fight destined for Dallas, Columbus or Ann Arbor where there's a stadium big enough to accommodate the fans, the press, the celebrities and the medics. Nothing else is big enough. The Brown Bomber (those were politically very incorrect days) and "the Black Uhlan of the Rhine" had to settle for Yankee Stadium in 1936 and 1938. (Every sports page had a poet in those days.)

There's yet to be the weigh-in, but this one will definitely be a fight between heavyweights. The two warriors in silks are obviously spoiling for a fight. Don the Destroyer, 71, taunting from the relative safety of his Twitter account, says the Dover Dynamite "doesn't know me, but he would go down fast and hard, crying all the way."

The Dover Dynamite himself mocked the Destroyer's famous recipe for grabbing a woman "without permission" (though permission is not where he said to grab one), and said the man who disrespects women is "usually the fattest, ugliest S.O.B. in the room."

Slipping the needle to an opponent is a hallowed tradition of heavyweight championship fights, and the yellow-haired Destroyer keeps his needle busy. He calls Biden "sleepy-eyed Joe" and "our not very bright vice president" and boldly promises to "kick his ass."

The Dover Dynamite boasts that he was "a pretty good athlete in high school," and sounds eager for a come-back, though at 75 he does not necessarily look like the athlete he was when he was in high school. But you never know. Jersey Joe Walcott went at it for a long time, too.

Students of the lore of the ring are quick to point out the similarities between this fight, even if it's blubber versus Jell-O, and the Louis-Schmeling epics. Those long-ago matches were cast as political throw-downs, too. Schmeling was a German, though definitely not a Nazi and who said quietly that "I am not in any way a superman." Louis was the great brown hope in the first fight, when he was knocked out in the 12th round, and two years later was everybody's great hope of any color.

He played too much golf in training for the first fight, neglecting his running and eating too heartily, and for the second fight, after promising FDR that he would win it for the country, gave up women during training to prove it. Schmeling only got in two punches before Louis put him away in the first round. Schemeling thanked Hitler for his good wishes, but pointedly said he wanted to win a victory "only for Germany's colors." Nothing about Nazi pride, and he trained in the Catskills, where many Jews from New York City summered, in a salute to fans of the Jewish persuasion. Hitler wouldn't let Schemeling take his mother to New York to see the fight lest he defect, as his friend Jack Dempsey urged him to do.

There are no genuine Nazis to root for in the match at hand, though some Democrats have occasionally accused the Donald of fascism and worse. Biden once said nice things about the Confederacy, there's speculation that he might train in the Old Dominion, so who's the bigot? Â Trump's a definite for Mar-a-Largo, but he should remember what too much golf and girls did to Joe Louis. There's no betting line yet, but the betting here is that neither man, bloody if unbowed, will be able to answer the bell for the second round.