When fear threatens good times in the friendly sky 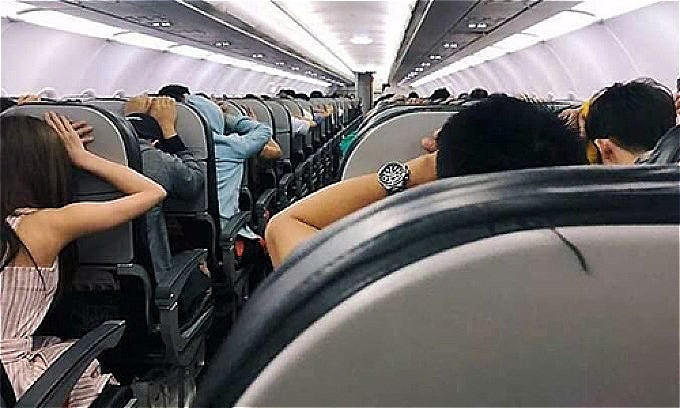 Sometimes you have to wonder who's in charge at CorpoÂ­rate Central. Certain airlines aren't being very sympaÂ­thetic to customers who are nervous about flying — no doubt unnecessarily — on the Boeing 737 Max 8 after two of them have crashed over the past five months.

Neither crash involved an American carrier. Both Ethiopian Airlines, whose Boeing 737 crashed Sunday shortly after take-off in Addis Ababa, killing all 157 aboard, and Lion Air of Indonesia, whose Boeing 737 crashed into the Java Sea in October, have generally good reputations for reliability and safety. Questions have been raised about Lion Air's passion for maintenance.

But airline passengers judge their own prospects for safety in the skies through a filter of emotion, and when the Chinese government ordered the grounding of the Boeing 737 Max 8 operÂ­ated by every airline in China, many passengers understandably figured that Communists or not, the Chinese must know something somebody doesn't want to talk about.

Who among us has not sat with white knuckles at the start of a take-off roll, and through clenched teeth and with paralyzed brain reconsider belief in the theory of heavier-than-air flight. Foolish, of course; air travel is the safest way to go. But fear is often irrational.

Some passengers holding reservations on future flights have asked not to fly aboard a 737 Max, and want the airline to suspend the fee for changing flights. This is impractical from the airline's point of view; planes are not assigned to specific flights until close to departure time, and what's a customer for if not for squeezing?

Nevertheless, when an airline spokesman says something like "the company remains confident in the safety and airworthiness of our fleet," he misses the point. It's the customer whose confidence is at issue.

Boeing is the gold standard for reliability of design and manuÂ­facture. If there's a fault in the 737 Max, successor to most popular plane in the sky, Boeing will find it. The theory of heavier-than-air flight is safe. It's the remarkable safety record of the modern airÂ­plane that makes a crash so jarring. The Boeing jetliners, beginning with the 707 and continuing with the 727, the 737, the 747 and now the 737 Max 8, have written much of that remarkable record of safety and reliability.

But even an innocent airplane can lose its virtue. Lockheed built two Electras. The original Electra Model 10 was the plane Amelia Earhart attempted to fly around the world in 1937 and disappeared in the vast reaches of the Pacific. She and her navigator, Fred Noonan, probably just ran out of gas, but there were stories that the Japanese thought she was spying on them and killed her. What actually happened is a mystery still.

There was no mystery about what happened to the LockÂ­heed Electra L-188, named for the earlier Electra. The L-188 was a great success when it was introduced in the late 1950s. But in February 1959, one of them crashed on approach to LaGuardia Airport in New York, and seven months later another fell from the sky over rural Texas. Other crashes followed. Pilots were instructed to slow the plane down. The fault was finally identiÂ­fied. Vibration in the wings established a phenomenon called "whirl mode," which would tear the wings off the fuselage.

The wings were modified and strengthened, and the probÂ­lem was solved, but of the 170 Electras built 58 were destroyed in accidents or crashes. The Electra was finished in the United States, in part because the big jets conveniently came on line. The Electra became popular as a freighter in South America, where many are flying today. Its performance on short runÂ­ways is still unmatched, and the Electra, initially admired for its sleek profile and elegant design, is a player in the back country of South America where aviation can still be an adventure and only hard men and solid airplanes prosper.

The fear that doomed the Electra is not likely to ruin the Boeing Max 8. Boeing has delivered 350 of the Max 8s and has orders for 5,000 more, so it will find and fix whatever may be wrong with it. The size of the Max 8's success so far should protect its future.

The black box, with the cockpit voice recorder intact, has been recovered, and though dented in the crash, invesÂ­tigators expect it to yield secrets about what happened. "I do hope that people will wait for the first results of the inÂ­vestigation instead of jumping to conclusions based on the very little facts that we know so far," Harro Ranter of the Aviation Safety Network tells the Associated Press. Right on. But the customers are entitled to their fears.