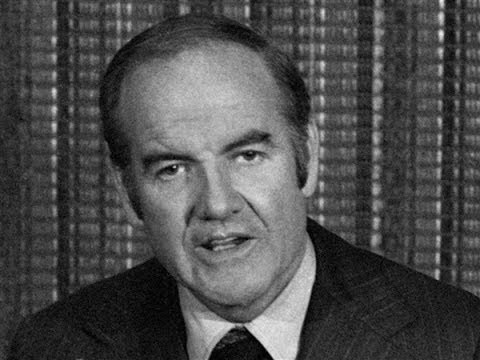 The silly season arrives early. Considerably more than a dozen prospective Democratic candidates for president in 2020 are lining up to talk about how they would dispatch the Donald to the island of discarded presidents.

Some prospects are more plausible than others. Some are sillier than others. But it's a free country and if someone wants to sell his house and mortgage his children to raise the money for a three-day campaign, that's his right. Presidential dreams usually don't last long, having the shelf life of a catfish filet left in the sunshine.

But the bug is always buzzing around somebody's head, ready to bite. Even Hillary Clinton, generally recognized as the most inept presidential candidate of this century and the century before it, is said to be talking to friends she trusts not to laugh about a third attempt to get back to 1600 Pennsylvania Avenue. This time she should listen to Bubba, assuming that he's interested. If he's not, someone else could tell her the magic word is "Ohio." She might listen this time.

What makes the race so attractive to fantasists is that for the first time in three decades the chairman of the Democratic Party in New Hampshire tells Fox News that it's that "there's no 800-pound gorilla in the race." There's no Barack Obama, and there's not even a Clinton realistically waiting to strike.

"The good thing is," says Matt Paul, who was Hillary's chairman in Iowa, "we just built two new hotels in Des Moines and I think we are going to need them leading up to the caucuses, because there's going to be a lot of candidates."

Ordinarily, this might be a good thing. The more the merrier, or as they used to say in the South, the only consequence of a cat fight, a Baptist church fight or a crowded Democratic primary, is more cats, more Baptists and more Democrats. Now the South is gone, but the fun of fighting is still making up.

With so many Democrats having heard the voice of the people buzzing in their ears, every candidate will be tripping over everybody else to shout that he's more liberal than thou. When the party sobers up it will be too late.

The Democrats are making the mistake they made once before, when they allowed the late George McGovern, a decent but wrong-headed man, and his peaceniks to pull the party so far to the left that it fell off the side of the mountain. Years went by before the damage was repaired. The left is once more making all the noise in the party, raising most of the money, and intimidating the serious and the plausible.

Everybody from Stupid (the man who doesn't understand that the economy is the key to winning a national election) to the Great Mentioner, who can midwife a boomlet with a single mention, says Joe Biden is the front-runner for the 2020 nomination.

Good old Joe probably blew his presidential prospects once and for all when, for the perfectly understandable reason that he was still mourning the death of a beloved son, he declined to challenge Hillary in the 2016 primaries when it was just the right time for every good man to come to the aid of the party. One poll has christened Mr. Biden as the man to beat.

But it's early, and the man to beat usually suffers just that, sometimes at the hands of an unlikely prospect. Some Democrats think Barack Obama is the man with the magic dust, and has only to sprinkle some of it on a prospect to make him invincible. Mr. Obama put such a sprinkling on Deval Patrick, the governor of Massachusetts, but nobody much noticed and that was months ago.

Eric Holder, the former U.S. attorney general who was always ready to hold Mr. Obama's coat, now says he's "got the guts" to be president. Or if not "guts," enough unction and piety to lap the field. He was always ready to give the lecture on race that nobody wanted to hear then, and nobody wants to hear it now.

Bernie Sanders is ready to pull on his fightin' clothes again to lead the youth movement the party is waiting for. Bernie is only 76, a year older than good old Joe, but who says a man can't lead a youth movement just because the creaking of his bones sometimes drowns what he's saying on the stump.

Age is relative, of course, but men of 80 have usually retired to golf, lawn bowls or punditry. Jerry Brown, the governor California, is making noises that he's still alive and he'll be 82 in 2020.

So we must let many flowers bloom, for as long as they can. But the prudent will save some of them for the funeral.