The relentless Democratic pursuit of the unicorn 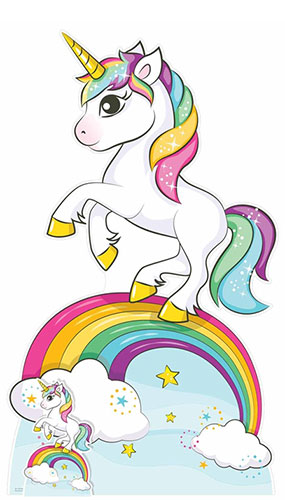 The unicorn is an elusive beast. Though intemperÂ­ate, sometimes ferocious and on occasion even savage, often unable to control itself, such a beast is exceedingly rare. No one has ever captured one. Nancy Pelosi, however, claims to have seen at least one in her backyard.

They're persuaded that a unicorn roaming the forests and swamps in the Washington metropolitan area is real, and carÂ­ries a saddlebag containing the documentary evidence of the perfidy of Donald Trump. If it can only be captured they will have the proof that the president is guilty of all manner of evil things, including high crimes and misdemeanors, and maybe even the key to the heartbreak of psoriasis.

Indeed, Robert Mueller, the special counsel who has been on the scout for evidence of Donald Trump's crimes, is believed by many Democrats to have found evidence that President Trump not only colluded with Russia to fix the election result but has even applied for Russian citiÂ­zenship. The evidence of this telling piece of infamy is what he entrusted to the unicorn.

Finding that unicorn has been holding up Mr. Mueller's indictment of Mr. Trump. We saw this obsession with fantasy at work this week in the testimony of Michael Cohen, the spiritual adviser to the special counsel. He was expected to disclose news of the capture of the elusive Mueller unicorn, seen loitering at a row of garbage cans at the back door of the unfinished Chinese Embassy annex, which has been under construction on Connecticut Avenue since the second Truman administration.

The unicorn, according to partisan lore, "is an extremely wild woodland creature, a symbol of purity and grace." This sounds like Maxine Waters all right. A unicorn can be captured only by a virgin. This makes the unicorn particuÂ­larly invulnerable in the District of Columbia, where the only creature rarer than a unicorn is a virgin.

In one of his notebooks, Leonardo da Vinci, the well-known Italian illustrator, wrote that "the unicorn, through its intemperance and not knowing how to control itself, for the love it bears to fair maidens forgets its ferocity and wildness, and laying aside all fear it will go up to a seated damsel and go to sleep on her lap, and the hunters take it."

Though some scholars give this scarce credibility, it's nevÂ­ertheless the most plausible explanation yet for why Robert Mueller has nothing to show for his two years at the public breast. He understands that the natives are growing restless.

"Are you not entertained?" asks The Wall Street Journal. The RepubÂ­licans no less than Democrats spent the day denouncing President Trump, and listening to Michael Cohen, once the presiÂ­dent's lawyer, who repairs to his thesaurus find words fiery enough to describe the "con man," the "cheat" and of course the "racist," which is the currently fashionable default word to describe anyone who disagrees with you about anything.

Democrats and the president's tormentors in press and tube had persuaded themselves that Michael Cohen was the man who would destroy Donald Trump once and for all, but at the end of a sordid day the spectators were entitled to ask, "is that all there is? Tell us something we didn't already know."

Mr. Cohen produced a check Mr. Trump had written to his order for reimbursement for the money he paid Stormy Daniels, an actress in "adult movies," to keep her mouth shut about an affair with the president. Why should the president bother? His naughty adventures with women, dating from before the fall, are well known, part of the lore of where we are in America.

Michael Cohen's big day was "above all a reminder that Americans elected a president in 2016 who had spent decades in the sleazier corners of New York business and tabloid life," the Journal observes. "He surrounded himself with political rogues like [Roger] Stone, legal hustlers like Mr. Cohen, and even brought in a Beltway bandit from Central Casting, Paul Manafort, as his campaign chairman for a time."

But Mr. Trump was elected not because he was qualified to be the superintendent of the Sunday school, but because even with a past he was not as sordid as the woman he was running against, who was hardly qualified to critique anyÂ­body's past. She stoutly defended her husband's wicked abuse of other women.

But it may not cost him much political skin. The party that tried to foist Hillary Clinton on the republic this time offers a rich buffet of presidential candidates, ranging from socialists who got their education on fortune cookies, to a brace of senators with the bearing and tone of high-school cheerleaders, to a couple of elderly Senate retreads trying to keep up with the millennial children who don't know anything and are proud of it.

No wonder the unicorn hides in the woods.