The surveillance state is here, and to stay 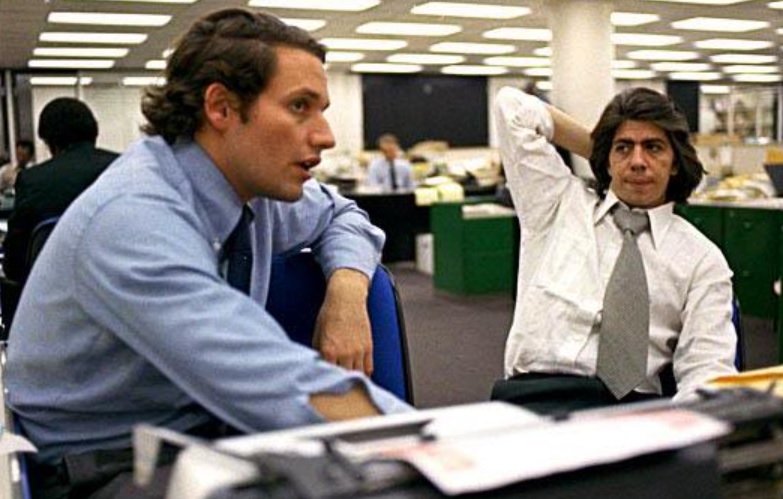 If great Washington scandals come in threes, as disasters are said to do, we're there. First there was Watergate, regarded as the granddaddy of them all. A third-rate burglary at the Watergate Hotel grew to a scandal big enough to cashier a president.

This was followed a decade later by Iran-Contra, an attempt by Reagan administration rogues to exploit trouble in one country to fix a problem in another, and now there's what may be the most far-reaching scandal of all.

The administration of Barack Obama, eager to advance the interests of Hillary Clinton, who was to be the front for his otherwise constitutionally forbidden third term, sought court approval to spy on a suspected colluder with Russians, and in doing so advanced the surveillance state that will now spy on everybody.

Everything about Scandal No. 3 is shady, smarmy and suspicious to the limit. The Obama administration cut corners and trashed the ethics (do not laugh) of government lawyers to get necessary warrants to pursue Carter Page, a minor Trump campaign aide and the suspected colluder.

To do that, the lawyers for Mr. Obama's government told the Foreign Intelligence Surveillance Court some imaginative things about Mr. Page, none of them good and some of them more than a little naughty. But what Mr. Obama's lawyers didn't tell the court was that their "facts" were extracted from a dossier of unverified rumors, hearsay, gossip and street talk, put together by a British undercover man whose word and reliability the FBI would not vouch for.

Nor were the judges told that an official of the Justice Department, one Bruce Ohr, had colluded privately with the author of the dossier — and that Mr. Ohr's wife, Nellie, had worked on the dossier. The dossier was not great literature, but it apparently was enough to keep a family together.

Most revealing of all, the dossier was originally paid for by Hillary Clinton, eager to collect campaign dirt on Donald Trump, and the Democratic National Committee, which was doing everything it could to grease the nomination for Bubba's first lady. Mr. Obama's lawyers were working under the mushroom theory of courtroom connivance, keep the judges in the dark and under a blanket of bovine fertilizer. Judges usually don't like that.

But it was all in a good cause. Donald Trump had to be destroyed, lest lightning strike and he become the president of the United States. Lie, fib, fudge and make it up, and when caught at it lie some more. Everybody expects politicians to lie. Denial is the unanimous reaction on the left to "the memo" that set out some of the particulars of the chicanery uncovered by congressional committees.

"The big memo was a bust," wrote one hyperventilating pundit in flyover country, still in a sulk that Donald Trump was elected by the Electoral College, as the Constitution provides, and not by a popular vote. The memo accomplishes "little other than prompting the preposterous second-place president to declare preposterously that somehow, amid its utter irrelevance, the memo had vindicated him."


But what we saw, Judge Andrew Napolitano, retired from the New Jersey judiciary, observes, was "a new turn as politicians engaged in cherry-picking snippets from classified raw intelligence data that support their political cases, pro-Trump and anti-Trump."

Politicians, good ones and bad ones, are eventually deleted from the passing parade, and this, too, will pass. (So far it has no name, but only if we're lucky will it escape being called "something-gate"). But the damage done will not pass so easily. The surveillance state, once established, is likely to be with us forever.

The implications of "something-gate" are well over the heads of the big-time mainstream legacy media, so called. Barack Obama was once a professor of constitutional law, deeply distrustful of what he agreed was a secretive "deep state," but once in the White House he, too, recognized the usefulness of a weaponized intelligence service and even the IRS, ready to go after pesky critics. The big-time mainstream legacy media is largely dedicated now to the restoration of how it used to be, and how it must be again.

Woodward and Bernstein are footnotes now to an ancient history. There are no hungry reporters in hot pursuit of a Nixon administration or rogues in the government of Ronald Reagan. The New York Times and The Washington Post, together with the great civil libertarians, are no longer demanding accountability in inconvenient places. They oppose the disclosure of embossing public documents. The president is an inviting target and bashing him is great fun.

The watchdogs have gone to sleep, lest they see something they don't want anybody to talk about.