The best and worst times for America 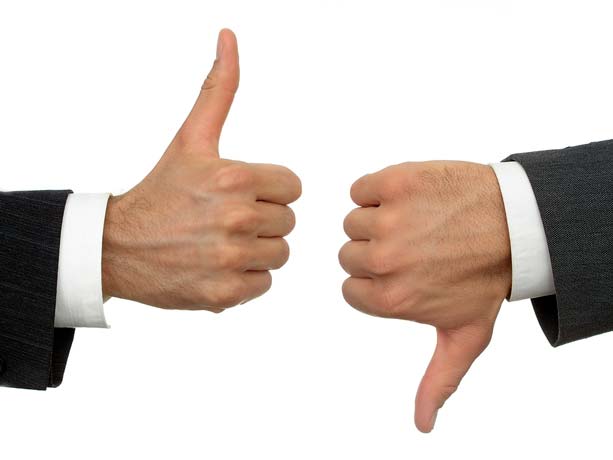 These are the best of times, these are the worst of times. (Charles Dickens only thought his age was confused.) You only have to read the newspapers to see why.

New jobless claims are the lowest since 1969, which indicates that the economy continues to be strong. A strong economy used to be regarded as good news because everyone knew "it's the economy, stupid."

The media is "downsizing," losing a thousand jobs in one single day, and that's bad news for a thousand families, but good news for the president, since there won't be as much bad news for him. In theory, anyway.


Fistfights have broken out in the Vatican over the centuries about what's good information and what's not. So one never knows.

Saudi Arabia is said to be designing ballistic missiles, which is bad news for anyone dissing the king or even the crown prince. Syria threatens to bomb Tel Aviv, which "if true" is ultimately very bad news for Syria, since the Israelis, unlike some shooters in the Middle East, aim straight and don't often miss.

Generations of Arabs have learned this the hard way. Iran, which doesn't want to be left out of the action, says it will soon launch "massive war drills." Drills are OK news, but anything beyond drills is probably not.

Vegans, who are always left out of neighborhood weenie roasts, threaten to "barbecue a dog in the street to shock people into ditching meat," forgetting that such an atrocity would more likely shock people into barbecuing a vegan.

A television network in South Africa set off a "soap storm" when it broadcast "the first interracial kiss," though in real life such a kiss has probably happened before.

In other sex news, a teenage boy in Ohio with a yen for older women was arrested after he went on what authorities call "a breast-squeezing spree," targeting three teachers and a principal.

A new study shows that people with a lot of tattoos tend to get more opportunities to express their sexual selves.

Meanwhile, the government news is both good and bad, as usual. The Republicans are trying to get essential federal workers paid even if they can't find a way to end the government shutdown, but the Democrats, with most of the newspapers and television networks at their back, think they're winning the shutdown game.

Nancy Pelosi, the speaker of the House, and Chuck Schumer, the leader of the Democrats in the Senate, don't even want to talk about a compromise. Congress is still getting paid; enormous bipartisan majorities will always see to that. (Who says Republicans and Democrats can't work together on essential legislation?)

The Senate chaplain got into shutdown news Thursday, quoting the Gospel of Luke, who said "those who work deserve their pay." But what would Jesus know? He never won an election. The Senate is full of folks who have.

Nevertheless, Sen. Ron Johnson of Wisconsin, a Republican, thinks it would be nice if the 400,000 "essential" government employees who come to work every day -- cops, firemen and others who keep the government grinding, if ever so slowly -- and so far have not been paid for it could get their pay until Congress gets the government up and running again (if ever).

Mr. Johnson and 23 other Republican sponsors have introduced the Shutdown Fairness Act, which, he says, "does a pretty simple thing. It simply pays those individuals who are doing the work trying to keep the nation safe. It is [Sen.] Schumer who is holding 400,000 individuals [hostage] who are actually working, who should get paid."

The Democrats with their blood brothers in the media have successfully cast Donald Trump as the only villain in the play. The Republicans can change this if they listen to Mr. Johnson and pound that message every day. It's a mystery why that has not occurred to someone before now. It takes two to tango, and all that.

No one would confuse Chuck Schumer with Fred Astaire, nor Nancy Pelosi with Ginger Rogers, but a tanglefoot foxtrot would be a start. The republic wants good news.