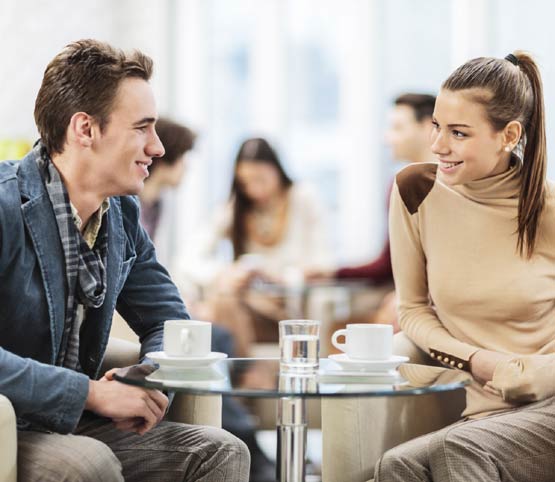 #MeToo is about to become #MePrude.

Those villainous men who took advantage of power and position to stalk women at work and home have bequeathed a legacy of poison, and it's killing innocent flirtation. The latest casualty is a playful song about playful romance, the reluctance of young lovers to call it a night after an evening of delicious courtship.

When a radio station silences amour and it becomes a front-page story in The New York Times, it's clear we've gone from calling out sexual abuse to trivializing the rites of courting, reducing the interplay of wit and vamping to "celebration of date rape."

"Baby, It's Cold Outside," a lighthearted boy-girl duet written by songwriter Frank Loesser for his wife in 1944, tells how the girl keeps telling the boy the evening's over and he must take her home: "I really can't stay (But baby, it's cold outside.)/ ... My mother will start to worry (Beautiful, what's your hurry?)/" — (Her resolve begins to crumble.) — "But maybe just a half a drink more (Put some records on while I pour)/ ... I ought to say no, no, no, sir (Mind if I move in closer?)."


The Loessers performed the song at parties to the delight of friends enjoying champagne and caviar while recharging their libidos with laughter. It was a monster hit in the midst of war, and now it's X-rated. The Grinches find it more naughty than nice. "The #MeToo movement, which I approve of," says Susan Loesser, 74, of her parents' song, "has really overstepped in this. You have to look at things in cultural and historical context."

The duet is often sung with male and female reversing roles, with the lady singing plaintively that she doesn't want her guy to go out in the cold. And in the end, they harmonize together. But romantic harmony doesn't fit into the rape scenario and is ignored by the current censors. Social sanitizers, who no doubt think a pussyhat is cute, want to revive the prim attitude of Grandma Grundy, the symbol of Victorian prudishness who put pantaloons on piano legs lest the sight of a wooden leg drive a man insane with lechery.

In this latest silliness, women become passive stereotypes who can't take care of themselves, or worse, can't play the game, even on their own terms. This is defining delicious dalliance down. The 1940s had rules, but breaking them was part of the fun. It's a sign of the times that sexuality, like politics, has sunk into moral polarities and postmodern Puritanism. The playful lyrics are called "rapey" or "romantic," making sure that President Donald Trump gets the blame.

"The debate gets to the heart of a major culture war over sexual assault, consent, and 'political correctness' — a war that came to a head in 2016 when America elected a president who's been accused of sexual assault," writes Emily Crockett in Vox. That's one explanation, but what would contemporary grumblers do with Ado Annie in "Oklahoma!" who, despite her mixed feelings, was "a girl who cain't say no"? Or Cole Porter persuasively describing how birds, bees, "educated fleas" and "the most refined ladybugs do it"?

Popular songs are no measure of morality, but when they're about sex, they offer a kaleidoscopic view of the human comedy of manners and mores in all its unprincipled variety. In the age of grievance-oriented action on the battlefield of the sexes, there's little mercy for the "toxic male," whether he's performing a song about love or sending love into action. And it's probably the toxic white male painted as the enemy of everybody decent in our regressive "tribal" divisions.


Dogmatic and demonizing "gender" politics that poison the male image leads Lance Morrow to ask in The Wall Street Journal whether men would hit the lifeboats first if the Titanic were to sink in our age. He says: "Or is ideology moot once you hit an iceberg? Would today's women — to prove they can die as selflessly as men — offer their places in the lifeboats to men? Would such a gesture parse ideologically?"

Where and when you're born on the timeline of history can determine life and death, heroism and victimization, even gender, but we like to think that in our sophisticated understanding, where biological difference still rules the consciousness of most of us, evolution has created many different ways to appreciate a woman for her ability to bear children, ensure the future of the human race and have a little fun besides. The Grinches and Grundies, alas, are eager to ruin romance for everybody. They inspect lyrics for the slightest sign of ambiguity and have a lot of work ahead of them if they tag every offender with a trigger warning.

This would be funny if it weren't so sad, creating a mindset forever searching for ignorant, humorless, censorious mischief. It really is cold out there.