When 'Misinformation' Is Named the Word of the Year 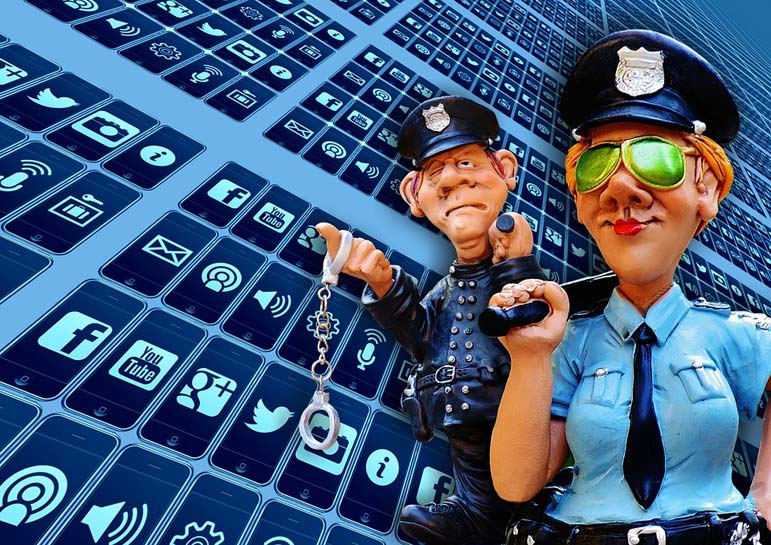 This has been a rough year for news junkies. Changing stations for network and cable-TV news reveals not coherence but alternative realities. It's easy to be confounded when caught in the middle of a muddle of polarizing differences, as social media spreads interpretations of the theology of what Flip Wilson, a popular comic of an earlier time, called the Church of What's Happening Now. Today, the abundance of sources enables the news to fit personal prejudices and predispositions. It's the famous slogan of The New York Times, "All the news that's fit to print," distorted to "All the news that fits our bias, we print."

Television is the most obvious distorter of the news, but newspapers have their biases, too. Gone are most of the rigorous, careful editors of bygone generations. Abe Rosenthal, the celebrated executive editor of The New York Times, is long dead. Horace Greeley, founder of the dominant New York Tribune, is even longer dead. So, too, is Walter Cronkite, the authoritative anchor of the "CBS Evening News" whose stentorian voice soothed his audience during the Vietnam War with his signature sign-off, "And that's the way it is" — not always accurate but reassuring.

The voices from respected institutions of newspapers and television networks once provided confidence in what was printed and said. We trusted them as gatekeepers. Investigative reporting was not driven by partisan opinion.

Loud barkers and boxcar headlines have always been around to mislead and misinform, eager to manipulate emotions. But most readers and viewers in simpler times were sure they knew how to separate the wheat of facts from the chaff of manipulation.


That's harder to do now. The language mavens at Dictionary.com have named "misinformation" the Word of the Year. They stress that "disinformation," which is deliberately spread for malignant effect, is not the same as misinformation, though sometimes there's a thin line of difference. When a person reads or sees this disinformation, believes it and passes it on, it becomes "misinformation."

Much that is passed on as grist for social media never goes through a competent fact-checker, and misinformation is spread, sometimes innocently, as news. And in a culture as divided and polarized as the one we live in, the question is moot. Even when it imitates the old structures for sorting out "the facts," many journalists are crippled, either in self-delusion or self-defense, by bias that leads to self-censoring the news.

In an era of post-truth and "fake news," factoids are often accepted as the real thing and spread like gossip that quickly becomes gospel among the partisans of both right and left, feeding voracious appetites for support of prejudices.

The information balance of power has changed, writes Martin Gurri in a new book, "The Revolt of the Public," which dissects with originality and depth the impact of the internet on the political culture. "A generation ago, the public could exist only as a passive audience," he writes of the great age when the daily newspaper was the king of the mountain and television news was dispensed on a reassuring hierarchical model, from the top down.

The digital platforms today have created a new and different kind of public, one empowered by the online news, which it creates, collects and dispenses from preferred sites with ideology and emotion outrunning balance and thoughtfulness.


"In a fractured information environment, swept by massive waves of signal and noise, amid newspaper bankruptcies and an excess of TV news channels," Gurri writes, "every news provider approaches a story from existential desperation." This tempts established news providers, often trying to survive in the crowded market where anything goes, to abandon even the appearance of objectivity. If they see President Donald Trump as dangerous, their stories will tell you why by their massaging the facts.

The idea of objectivity loses prestige and prominence. This mirrors the splintering of other institutions as if in a funhouse that's not funny. The Republican Party that nominated Donald Trump had cracked into pieces long before the Donald arrived and was bled dry of coherence and authority.

The Democrats were robust only in their monomaniacal intensity of causes — feminism, the environment, anti-capitalism, pro-chaotic immigration, racial and sexual grievance — making it difficult to see how any rational national party could thrive through wars of tribalism and identity. It's not hard to see why the two most talked about Democratic candidates for 2020 are former Vice President Joe Biden, reflecting nostalgia for a remembered earlier, simpler, more congenial time (gaffes and all), and Rep. Beto O'Rourke, a Bernie Sanders sound-alike who looks as if he regularly sips something at the Fountain of Youth.

Gurri, a keen student of the new media and its effects on information, offers a rich thesis to reflect upon. The Trump election should be examined less in terms of what he offered as a candidate and more as a reflection of the public's surly, mutinous mood, being eager for someone to take revenge. Donald Trump is for this public what the "objet trouve," or found object, was for the modern artist, a club to smash the established order. That order looks well-smashed.