When Women March to Different Drummers 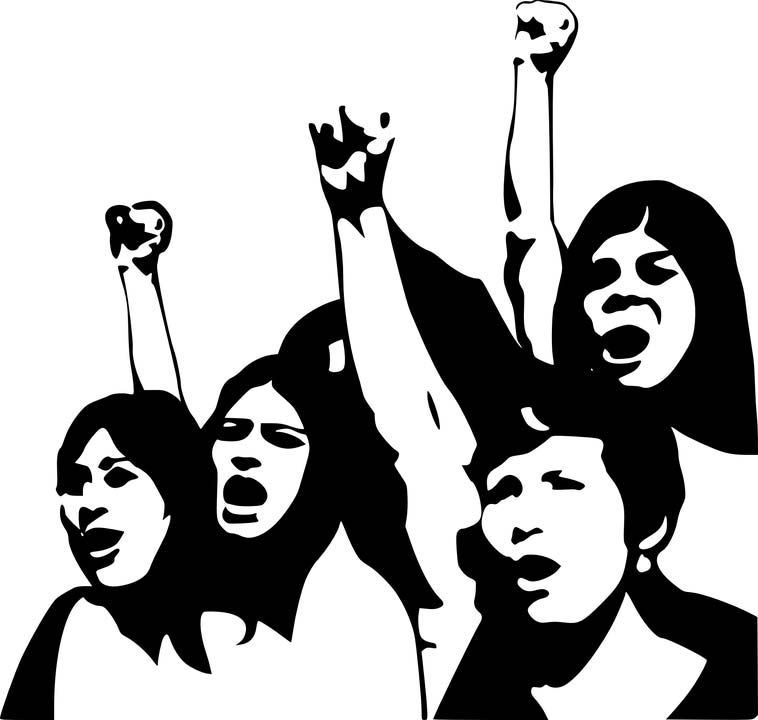 It's not exactly a catfight, and even calling it that is a no-no. But certain lionesses of culture and politics are growling, hissing, spitting and scratching at one another. Some of the growls are fiercer than others, but there's anger aplenty.

Barbra Streisand, the dowager songbird of Hollywood, is out promoting and hyping her new protest album, "Walls," and building walls of her own. She's making catty and condescending remarks about women who don't agree with her politics. Explaining Hillary Clinton's failure to break the glass ceiling in 2016, she falls back on the old complaint thrown at the suffragettes, that since women don't have minds of their own, they would just vote like their husbands, so who needs them?

"A lot of women vote the way their husbands vote," Streisand told the London Daily Mail, explaining why Donald Trump won. "They don't believe enough in their own thoughts." Adding insult to intimidation, she further explained that Clinton, "so articulate, so experienced and so fit for the presidency, was too intimidating." It's hard to unpack her logic, but she's accusing women voters of not only being unable to think for themselves but also being driven by their emotions and feelings of inferiority. Where have we heard that before? She just doesn't understand why every woman doesn't think like she does.

The remarks invited a Twitter tornado from women saying she was "gender shaming" and telling her they won't be tutored by a left-wing Hollywood celebrity whose husband no doubt votes the way she does. Is he intimidated by her success? If she's so upset by walls, some of them suggest, she could tear down some of the high fences that protect her glamorous houses, whose taste and style she set out in a coffee-table book. Most stinging of all, others recall how she kissed up to Bill Clinton after he was credibly accused of rape.


A lot of women voted for President Trump, flaws and all, because he was not Hillary Clinton, whose flaws they found greater, more numerous and more offensive. Barb doesn't run in circles where she's likely to meet and greet them. Her new album, critic Armond White observes in National Review, finds her "preaching from the high tower of self-involved, high-minded people who have had their worldview shaken by democracy itself — the will of an electorate that dares to differ from Streisand's own high-flown preferences."

Another expression of women's issues that sets women against women comes in a particularly nasty way. Teresa Shook, founder of the Women's March that first put leather to pavement on President Trump's Inauguration Day, is criticizing those getting ready for their third march in January. She calls for the four leaders of the march to resign. She accuses them of enabling "hateful" and "racist" rhetoric inspired by anti-Semitism and homophobia to infiltrate the movement.

She cites the close connections of Tamika Mallory, one of the four, to Louis Farrakhan, leader of the Nation of Islam, whose hateful speech against Jews is compounded with other vicious bigotries.

The criticism of the Women's March leadership has accelerated in the past eight months since she attended the Nation of Islam rally and applauded Farrakhan's remarks.

Mallory recalls that she was supported by Farrakhan and the Nation of Islam from childhood. "He is definitely the GOAT," she says, meaning the "greatest of all time."


Farrakhan identifies Jews as his enemy, telling them, "it's G od who put you in the ovens," and saying, "It's the wicked Jews, the false Jews, that are promoting lesbianism, homosexuality ... that make it a crime for you to preach the word of God." Whew.

That should invite the strongest denunciation from any women's group claiming moral leadership, but it doesn't. Leaders of the Women's March point out a few mild differences with Farrakhan but offer no condemnation. One leader even blames "white supremacy" for suggesting that the women should condemn his wickedness. "As a Muslim," says Linda Sarsour, "I know all too well that I am expected to answer for other Muslims actions when white folks never have a second thought about having to do that — this is a feature of white supremacy."

After the four leaders of the Women's March returned their founder's fire and she described them as "the mean girls," the four decided on a softer approach, saying, "We are deeply sorry for the harm we have caused." Their apology sounds more like they wanted to reset their image for public approval, not disconnect from the Nation of Islam. Will Louis Farrakhan suddenly morph from their GOAT to their scapegoat?

That may depend on which lioness cage is most rattled. None of them should expect a lullaby from Barbra Streisand.