Is it Reincarnation Time Again for Hillary? 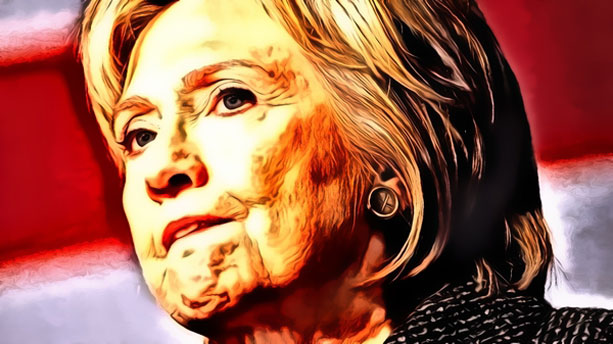 A cat has nine lives. A woman sometimes has more than that. The feline species keeps coming up with surprises, and you can see them most dramatically in politics. Hillary Clinton, for example, has been reincarnated more times than Shirley MacLaine, and she may be about to see whether the third time really is the charm.

When the former first lady, former senator, former secretary of state, former candidate for president — former just about everything — was asked a couple of weeks ago if she wants to run for the highest office in the land again, she said no but with a caveat: "Well, I'd like to be president." This was followed up quickly by an op-ed in The Wall Street Journal by two former advisers, who say not only will she run but she will also reinvent herself back to the future that looks a lot like the past, "back to the universal-health-care-promoting progressive firebrand of 1994." Oh my. That looks like a winner.

Mark Penn, once a Clinton adviser and pollster, and Andrew Stein, a former president of the New York City Council, see her making a stunning comeback. But unlike her husband, who called himself "the Comeback Kid" for not staying dead after the early primaries of the 1992 season, she yearns to be a Nixon knock-off, who returned from oblivion after he lost to John F. Kennedy in 1960 and eventually made it to the White House anyway.


"The generation of Democrats who have been waiting to take over the party from the Clintons will be fuming that she is back and stealing their show," Messrs Penn and Stein write. "But (Democrats) revealed themselves to be bungling amateurs in the Brett Kavanaugh nomination fight, with their laughable Spartacus moments." They think the #MeToo movement can blow enough wind in her sails to make such a comeback plausible.

But aren't they overlooking some significant disqualifying details in their call for a rewrite? Clinton's feminist politics may be changed and charged by the #MeToo movement, but her status in relation to it completely undercuts this repositioning. Last month, she said in a television interview that Bill's affair with White House intern Monica Lewinsky was not an abuse of power because Lewinsky was "an adult."

Well, Monica at 45 years old with an improved perspective on what happened, sees herself as "falling down the rabbit hole at 22," more Alice than adult. She talks about it in a "docu-series" on the A&E Network Sunday night. The documentary is called "The Clinton Affair," no longer "the Lewinsky scandal," giving her a little relief in recalling how cruelly the president threw her aside. She looks back with poignant sadness at the powerful man who has never apologized to her, even privately. No Southern gentleman is he.

As she reflects on their initial flirtation, she sounds like the breathless teenager in a young adult romance. She tells how she ran home during her lunch hour one day to put on the green suit she was sure he noticed when she wore it at first flirtation at a White House event. The smiles they exchanged still titillate in her telling. With hindsight in the wake of the #MeToo movement, Lewinsky now considers their relationship a "gross abuse of power." The road that led to their affair may have been consensual, she writes in Vanity Fair, but "it was littered with inappropriate abuse of authority, station, and privilege."


This is ancient history in politics, but if Hillary wants to alter her history for one last try, she must be aware that Lewinsky is the Energizer Bunny that keeps on going. Just as President Trump exploited Bill's transgressions by inviting three of his accusers to be his very special guests at the second presidential debate, Hillary dilutes the effect one of the most damning issues the #MeToo movement has against the president with whom she thinks she's up for another 15 rounds.

But there's considerably more than her handling of her husband's sexual aggressions that would cut into the women's vote for her. She's no longer the singularly ambitious woman out to smash the glass ceiling. The midterm elections showed many women in the ascendency of politics, including at least four Democratic senators who want to run for president and are eager for her to get out of their way.

"Just as Mr. Trump cleared the field," write Penn and Stein, "Mrs. Clinton will take down rising Democratic stars like bowling pins." But not if she's bowling alone. Where will she find the expert help to join her? All those billionaires eager to throw money at her in 2016 will be long gone this time. But there are many conservative men and women eager to join White House counselor Kellyanne Conway in the prayer she tweeted upon reading Penn and Stein: "Dear G od, please, yes." Meow.