Saying Goodbye in a Changing World 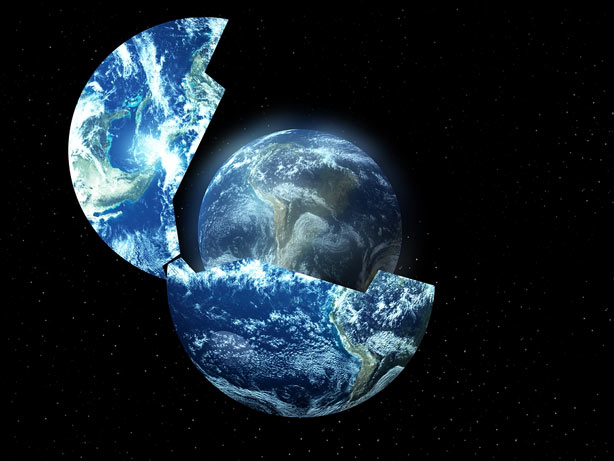 Saying goodbye is never easy. Every school child quotes "Parting is such sweet sorrow" from "Romeo and Juliet," which has become a sentimental cliche. But the sentiment captures the memories that sustain my final column. I am saying goodbye to all my readers who stayed with me through these changing times and wrote lively letters with both appreciation and argument for my opinions. We've had a rewarding give-and-take in these days of dogmatic pontification.

But the times they are a-changin'.

I was introduced as a conservative columnist in The Washington Times in 1984, writing from that famous intersection of politics and culture in the nation's capital, where I promised not to get run over in the heavy traffic.

I had just written an op-ed piece for The Washington Post saying that the sexual revolution had gone too far in eliminating many of the more intimate decencies between a man and a woman. While women were grateful for much of the liberation that flowed from it, the sexual revolution made it possible for many men to live out their sexual fantasies of promiscuity and irresponsibility at the expense of women's feelings.

That argument was controversial in the 1980s, but only recently, in discussing the changing values that led to the protection of sexual predator Jeffrey Epstein, Lisa Miller observed in New York magazine, "the sexual revolution gave the elites and the circles orbiting them intellectual permission to downgrade sexual violence to a matter of taste." It didn't take long for the acceptable definition of eros to degrade women and girls without significant distinctions between preferences, perversions and crimes.

Every revolution pushes a pendulum; we're unlikely to decide where the center ought to be until that pendulum has swung too far.

Lots of pendulums in politics and culture today have swung too far. In the summer of our discontent, conversations are dominated by the way the two political parties attack each other with nastiness and prejudice, snark and snide. While we should be plotting ways to improve education, eliminate lingering racism and confront the complexities of immigration, we exacerbate the problems with rancorous debate feeding ideological appetites.

Wesley Pruden, columnist and former editor-in-chief of The Washington Times, who was responsible for getting me into the business of "columny," died in July. We often talked about the decline of journalism and appreciation for "the facts, just the facts" in news stories. Today, many news stories read like opinion columns, and language doesn't count for much unless it's shrill, vulgar and angry. He worried that the internet would destroy the printed word, but he was doing his best to hold the line. Now he's moved on to that Great Newsroom in the Sky reserved for dedicated editors, reporters and columnists, and that line is weaker.

Like my former editor, I've been disheartened by the disregard for facts, civility and common sense in much that passes for serious debate, but I will now leave that good fight to others.

In my column, I've been hard on radical feminists who "pour new whine into old battles," alarmed by the "snowflakes" who pollute the groves of academe with politically correct politics and dismayed by the president's omniscient tweets that raise the temperature on almost every issue. The political divide has meshed with a sexual divide as conservative and liberal values are seen through the prism of acrimonious argument. But my favorite issues have focused on family, the importance of a mother and father, reviving memories of my parents.

My daddy came from Pinsk, the Russian city many Jews fled at the turn of the century, and I grew up in the kind of immigrant Jewish family you don't hear much about anymore. My grandparents and parents were thrilled to be Americans, to learn English and become citizens. They loved reciting the Pledge of Allegiance, singing "The Star-Spangled Banner" and listening to Kate Smith sing "God Bless America." My daddy was a bookmaker and sports promoter whose amateur athletic prowess in sandlot ball was bequeathed to his great-grandson Alex Bregman, the third baseman for the Houston Astros, who fulfilled his American Dream.

When I write about the tragedy of fatherless families, I reflect on my good fortune in being able to see the complementary values and virtues of a father and a mother, and the loving sacrifices both make in different ways. It's no longer trendy to talk about sex differences in our "gender-neutral" culture, another pendulum that has swung too far.

We live in difficult times, and as my daddy used to say, "Tough times make a monkey eat red pepper." Lots of people eat red pepper today. The forces of evil and terror wind deeply and destroy with enormous power. But my column has always meant to show how the darker forces ultimately have no power to destroy the human spirit.