The Catcher Behind Home Plate Was a Spy 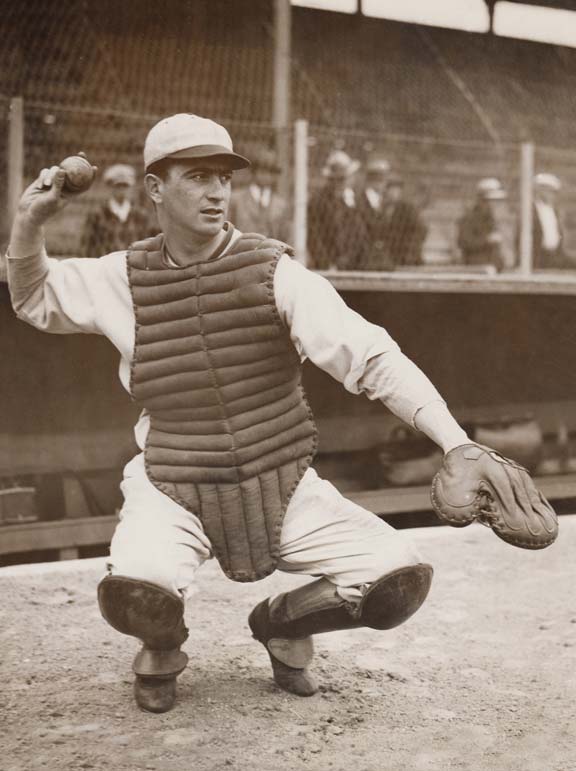 Once upon a time in America, baseball was not only the National Pastime but also the national obsession, an idyl of summer. Every town and city had a team. Abbott and Costello made their bones with their classic routine "Who's on First?" Baseball was the great equalizer on sandlot and ballpark. Everybody knew the words to "Take Me Out to the Ball Game," and everybody shared in the enthusiasm for the home team.

Baseball was the great equalizer for Jews in the common excitement of the sports culture, as it eventually would be for blacks and Hispanics. But Detroit fans threw pork chops at Hank Greenberg, the Jewish first baseman for the Tigers who came close to breaking Babe Ruth's home run record that everyone thought would stand forever. He was admired by Jews and Christians alike when he declined, on religious principle, to play on Yom Kippur during a close pennant race.

Aviva Kempner, the daughter of Holocaust survivors who makes award-winning documentary movies about Jewish heroes in sports, entertainment and education (including Greenberg), has aimed her camera at another Jewish baseball player in a documentary film called "The Spy Behind Home Plate." She introduced it on Memorial Day weekend in Washington.

Moe Berg risked his life as a spy before, during and after World War II. He spent 14 years in the majors, playing for four different teams, including the old Washington Senators when they won the World Series in 1924. The documentary is fascinating and timely, arriving when rank anti-Semitism is emerging again.

We watch Berg carousing with Ruth and a team of all-stars dispatched to Tokyo before World War II to undercut growing Japanese hostility to America. Japanese fans loved the players, including Berg, but the trip fell short of its worthy goal, like a futile ninth-inning rally. Berg, armed with a movie camera, posed as a visitor to get to the roof of a hospital and took panoramic shots of the city. His film was used in the briefing of B-25 crews who flew the famous "thirty seconds over Tokyo" in the early days of the war. He later impersonated a student at a lecture in Switzerland led by the chief Nazi scientist at work on an atomic bomb. Berg was armed with a gun and a cyanide pill, and instructed to assassinate the scientist and then swallow the pill if he concluded the Germans were close.

Berg was the original "good field, no hit" prospect but had a rifle arm on which few runners dared steal a base. He was a student of the game and just about everything else. Casey Stengel called him "the brainiest man in baseball," the "strangest" man he ever knew in baseball. Berg had a priceless gift for handling pitchers. He graduated from Princeton, a brilliant student when "Jewish Princetonian" was almost an oxymoron. A star on the Princeton diamond, he was invited to join an elite eating club with the stipulation that he not attempt to recruit other Jews. He declined. He eventually mastered eight languages, including Japanese. He read voraciously throughout his life, forming a habit (which particularly endears him to me) of devouring up to 10 newspapers every day, from the front page to the back, and putting what he read to a prodigious memory.

Anti-Semitism is not what it was when Berg encountered it. A few weeks ago, San Francisco State University, facing a lawsuit by two Jewish students alleging religious discrimination, said it would spend $200,000 to promote "viewpoint diversity" (including but not limited to Zionist and pro-Israel viewpoints).

But there's often a refusal to call the ancient evil for what it is. Democrats in the U.S. House of Representatives watered down a mild rebuke of Rep. Ilhan Omar for saying Israel had "hypnotized" the world, rewriting it to make it a catchall criticism of everything hateful. Anti-Semitism is often described in the media as the work of right-wing extremists in both Europe and America, but here it's usually the work of radical Muslims and anti-Israel ideologues.

Felix Klein, the German minister for monitoring anti-Semitism in Germany, says it's "problematic" to say whether left or right is to blame. But it's important to denounce anti-Semitism no matter the source, no matter the numbers. It's a lot more serious than "who's on first."