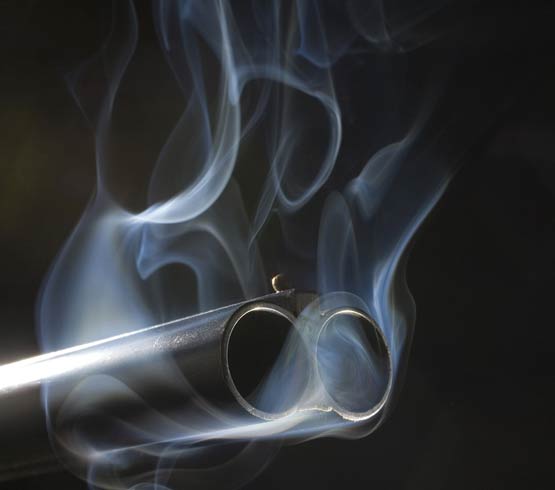 In February, a black man named Ahmaud Arbery was shot and killed in Brunswick, Georgia. Cue the "this regularly happens to black men in America" hysteria.

Initial news reports described Arbery as jogging through a predominately white neighborhood when two armed white men, for reasons still under investigation, told police they thought Arbery was actually a criminal behind recent break-ins in the neighborhood.

Arbery, while jogging, stopped and spent several minutes at the construction site of an unfinished home. He resumed jogging, but two adult men, a father and his son, followed him in a truck. A confrontation between Arbery and one of the armed men left Arbery dead, shot three times.

One of the men involved in the shooting is an ex-cop and former investigator for the district attorney's office. Because of ties to one of the alleged shooters, two prosecutors recused themselves, allowing the case to drag on.

Then, in early May, came a video showing part of the confrontation. Ironically, an attorney and professional colleague of the elder accused says he downloaded the video onto a thumb drive, which the accused then personally delivered to a local radio station, mistakenly assuming the public would see the armed men as having acted lawfully.

Instead, the video had the opposite reaction and sparked condemnation of the local authorities for failing to bring charges. Shortly thereafter, the men, a father and son, were charged with murder.

The case was then turned over to a grand jury, but because of the coronavirus pandemic, the grand jury has yet to convene. All of this added to the growing feeling that this case was being covered up.

So, cue the racial hysteria.

Before the men were charged, NBA basketball star LeBron James tweeted: "We're literally hunted EVERYDAY/EVERYTIME we step foot outside the comfort of our homes! Can't even go for a damn jog man! Like WTF man are you kidding me?!?!?!?!?!? No man fr ARE YOU KIDDING ME!!!!! I'm sorry Ahmaud(Rest In Paradise) and my prayers and blessings sent to the heavens above to your family!!"

"We're literally hunted EVERYDAY/EVERYTIME we step foot outside the comfort of our homes"? Really?

Two weeks ago, in a store in Flint, Michigan, a security guard and father of nine asked a woman to put on a mask. She refused. He asks her to leave the store. She leaves. Her husband and her adult son soon return. The guard was fatally shot in the back of the head. Days ago, in Delaware, a black man is suspected of murdering an elderly couple, an 86-year-old Army vet and his 85-year-old wife, who were visiting their son's grave at a veteran's cemetery. In the Flint killing, all parties were black. In the Delaware double homicide, the shooter was black, and the couple was white.

In 2018, according to the FBI's Bureau of Justice Statistics, there were about 600,000 nonhomicide violent black-white crimes each year, with 90% involving a black perpetrator and a white victim. According to economist John Lott, writing in 2014: "Based on the most recent available FBI crime numbers, black male teenagers were nine times more likely to commit murder than were their white counterparts. That's right, nine times, and the gap in these urban areas is undoubtedly even larger."

Blacks kill twice as many whites (500 in 2015) as whites kill blacks (229 in 2015). Blacks, at 13% of the population, commit 50% of murders, and 90% of black murder victims are killed by other blacks. The Wall Street Journal's Jason Riley wrote in 2014: "Blacks commit violent crimes at 7 to 10 times the rate that whites do. The fact that their victims tend to be of the same race suggests that young black men in the ghetto live in danger of being shot by each other, not cops."


The No. 1 cause of preventable deaths for young white men is accidents, like car accidents. The No. 1 cause of deaths, preventable or otherwise, for young black men is homicide. In absolute numbers, Chicago often has more murders than any other city in America. The population of Chicago is approximately one-third black, one-third white and one-third Hispanic. Yet, blacks account for over 80% of the city's homicide victims.

As to this narrative of blacks being "hunted," several recent studies found cops more hesitant, more reluctant to shoot a black suspect than a white suspect. One such study was conducted by black Harvard economist Roland Fryer, who called his conclusion the most "surprising result of my career."

As for LeBron James, his work in the black community shows how much he cares. But his biggest contribution is that he married the mother of his children. If he encouraged young black men to follow that example, he'd make a far greater contribution than by promoting racial victimhood.