A Walk up the Avenue 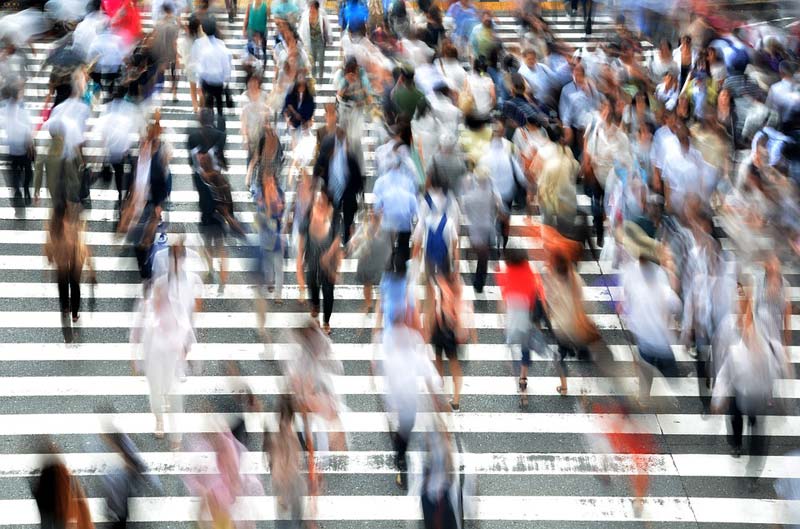 Not that long ago if you went walking (remember walking?) along a busy city street there were several things you could depend on.

1) You knew you were relatively safe.

2) Window shopping was a pleasant, passive diversion to engage in as you strolled.

Today not too many of us walk along the streets of busy cities. The downtown areas of our big cities are just not safe anymore since liberal politicians have decriminalized so many crimes and are letting bad guys out of jail early. In California for example shoplifting has become a popular indoor sport for those who have no job and way too much time on their hands.

Okay so, what about window shopping? Well, what shops have interesting window displays to browse at? Starbucks? Subway? Apple stores? CVS? Home Depot? Dollar stores? I suppose you might window shop at your local marijuana dispensary or the corner tattoo parlor, but I'm not sure they have windows. There wouldn't be too much to gawk at anyway. "Oh look, Helen, those cannabis oil cartridges might make the perfect gift for Uncle Carl."

And if you happen to be brave enough to attempt a little walk down the street, how many people that pass by will actually smile at you? Well, you don't really know, do you? Because everybody wears a mask. They might be smiling under that mask I guess, but chances are they're not because they just want to get the hell by you quickly so you don't infect them with the China virus.

Have you noticed that we aren't seeing as many cigarette butts and used matchbooks littering the streets like we've seen in the past? That's because cigarette smoking isn't nearly as commonplace as it once was. In the 1950's about 50% of all American adults smoked, now it's closer to 15% or less. So, our streets are cleaner now, right? Well not so fast, Kemosabe.

Disposable face masks are the new cigarette butts. You see them everywhere; laying in streets, in parking lots, on the curb, in the gutters, just about all over the place. I'm no medical doctor, I don't even play one on T.V., but my guess is that dirty discarded face masks are more of a health issue than the old cigarette butts were. In the old days bums might pick up a partially smoked cigarette and relight it and smoke it. So far I haven't seen the bums on the street picking up used face masks, but that's only because the police aren't demanding that the street people wear them yet. If it comes to that believe me, they will.

Speaking of street people, that's another big reason that keeps most of us from having a nice pleasant walk up the avenue these days. It isn't easy navigating around homeless tents, human waste, used needles, and other assorted garbage. And if you wondered where all the old cigarette butts, Styrofoam cups, and used fast food containers went, here they are! Nicely mingled in with filthy rags, excrement and everything else. Many times, these homeless encampments of muck block the entire sidewalk, making it impossible to use even if you wanted to. But who wants to?

Contrary to what the news media tell you, the people living on the street are not normal healthy folks who just happen to be "down on their luck," they are primarily made up of alcoholics, drug addicts, and the insane. These are not the people who will give you a sweet little smile as they pass, although they might look you squarely in the eyes as they scream obscenities at you or shove a shive in your stomach.