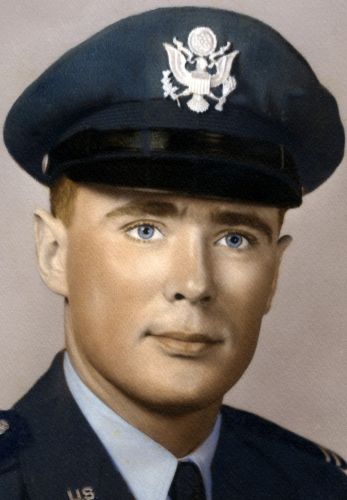 As violent rioting continues across the nation, Democrats threaten that if they don't get what they want they will blow up the system. Meanwhile motion picture genius, aka Meathead, Rob Reiner has accused the president of killing thousands and says, "In forty-two days we will arrest the killer." I would call Reiner an imbecile, but that would be an insult to imbeciles the world over.

Today's entertainers think it's brave to tweet out vulgarities, threaten our president, and vilify anyone they don't agree with. But showing the world you're a moron isn't exactly profiles in courage. I much prefer the actors of the past who really were courageous, not in words, but in deeds. And had much more class to boot.

That's why I think this might be the right time to honor a true American hero from the greatest generation who also happened to be a movie actor. That would be Wayne Morris.

Sometimes our image of what a hero should look like can be misleading. Thanks to the movies, when we think of a hero we think of John Wayne, Humphrey Bogart, Errol Flynn, Gregory Peck, Clint Eastwood and any number of tough guy actors. The guys playing western stars, detectives, and war heroes tend to be the big strong sexy types.

But there was an actor who was a bona fide hero in World War II and you'd never guess it if you only judged him by his roles on screen. That man was Wayne Morris. A name not too many are familiar with today. Morris' persona was usually one of a gentle goofy guy, a big football player type who may not have been the sharpest pencil in the box but always had good intensions.

Wayne Morris was born Bert DeWayne Morris, Jr. on February 17, 1914 in Los Angeles, California. He attended the famous Pasadena Playhouse and received a screen test and a Warner Brothers contract leading to his first picture, a bit part in "China Clipper" in 1936. Soon he was playing opposite such stars as Bette Davis and Humphrey Bogart in the 1937 film, "Kid Galahad."

Beginning in the late Ă”30's he made seven pictures in a row, including Flight Angels (1940) with Jane Wyman, and Dennis Morgan. For his role Morris learned how to fly a plane and that proved to be a major turning point in his life. In 1942 he joined the Naval Reserve and became a Navy flier, leaving his film career behind for the duration of the war. He flew the F6F Hellcat off the aircraft carrier USS Essex. He served with valor.

A December 15, 1944 Associated Press news story reported that Morris was "credited with 57 aerial sorties, shooting down seven Japanese Zeros, sinking an escort vessel and a flak gunboat and helping sink a submarine and damage a heavy cruiser and a mine layer." He was awarded four Distinguished Flying Crosses and two Air Medals and was discharged as a lieutenant commander.

After the war, when he returned to pictures Warner Bros. didn't use him for the first year. Eventually he was loaned-out to 20th Century-Fox for "Deep Valley" (1947). Also that year, he appeared as the second lead, in support of future president Ronald Reagan in Warner Brothers' " The Voice of the Turtle."

Warner's began utilizing Morris mostly as a supporting player in action pictures, but had the lead as Cole Younger in the "The Younger Brothers" (1949). He eventually found his niche in westerns and they became the mainstay of his career. He didn't make another western until 1951, when he was loaned out to Columbia for "Stage to Tucson" (1950). That same year, he made "Sierra Passage" and "Yellow Fin" (1951) for Monogram Pictures.

Morris spent the 1950's appearing in mostly low budget action films, although he made his Broadway acting debut in 1957 as a washed-up boxing champ in William Saroyan's The Cave Dwellers. On September 14,1959 Wayne Morris died of a heart attack at the age of 45 while watching aerial maneuvers aboard an aircraft carrier. He was married twice and had two daughters and a son.

One of these days, when you're looking for something different to watch, try an old Wayne Morris picture. Beneath his big lug character you'll find a warmth and kindness that comes through, a gentle, honest guy who knows right from wrong and does his job to the best of his ability. In short, an American hero. Unlike the cowards who make movies today.