Hate America? This is for you! 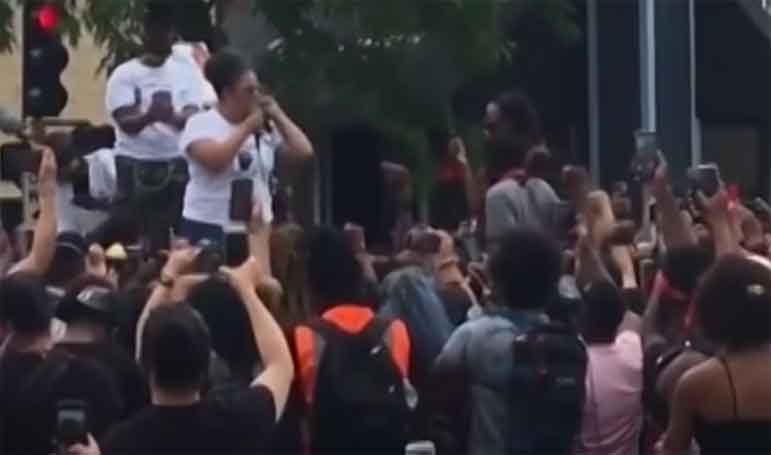 As we come up to another Independence Day I brace myself for what has become the hate-filled anti-American chant from the left.

It would be nice if those of us who love our country could have our 4th of July in peace and those who hate our country could just keep their traps shut during our celebration. They should stay in their houses and watch videos of Mao and Marx and let the rest of us alone. But you know they can't do that.

The story of our American independence is a glorious one for those of us who have been taught truth, not revisionist lies. Our Founding Fathers realized that the power of a country needed to reside in the hands of the people instead of a central government.

They understood that if only the king and his government had the guns, they would most certainly possess all the power. The people must be able to arm themselves in order to protect themselves from tyranny and maintain their freedom.

On July 5, 1926 President Calvin Coolidge delivered a speech commemorating the 150th anniversary of the Declaration of Independence. He spoke of the principles of liberty, equality, and our inalienable rights as defined by the Founders. Coolidge said in part:

"Great ideas do not burst upon the world unannounced. They are reached by a gradual development over a length of time usually proportionate to their importance. This is especially true of the principles laid down in the Declaration of Independence.

Three very definite propositions were set out in its preamble regarding the nature of mankind and therefore of government.

These were the doctrine that all men are created equal, that they are endowed with certain inalienable rights, and that therefore the source of the just powers of government must be derived from the consent of the governed.

"About the Declaration there is a finality that is exceedingly restful. If all men are created equal, that is final. If they are endowed with inalienable rights, that is final. If governments derive their just powers from the consent of the governed, that is final. No advance, no progress can be made beyond these propositions."

Coolidge's next statement eerily foreshadows our current times. "If anyone wishes to deny their truth or their soundness, the only direction in which he can proceed historically is not forward, but backward toward the time when there was no equality, no rights of the individual, no rule of the people." This is exactly where today's left is pulling us, backwards toward all powerful authoritarian government control.

Those who espouse critical race theory and the 1619 project, those who believe that white oppression and systemic racism was the driving force behind America's founding, I assume will not be taking part in any 4th of July related activities this week-end. Why would they? If you hate America, if you believe that this country was founded to oppress and enslave all those who were not white men, why would you participate in celebrating its birth?

I expect I will not be seeing anyone who holds those views to be gathering for picnics in parks and beaches. Nor will they be attending firework displays, or parades, or having friends and family over for backyard barbeques.

These people certainly won't be taking week-end get-away trips, since that would be a form of "celebrating" the holiday. It would be great if those people just stayed home and sat this one out since it would keep the crowds down for those of us who want to get out and be a part of celebrating America's Independence Day.

But it won't happen.

Many on the left are hypocrites who will not forgo having a party even though they do not go along with the reason for the holiday. So, they will have their barbeques, get drunk, shoot fireworks and do whatever, all the while saying they despise America and all it stands for.

Strange as it may seem, it isn't those jerks who bother me so much. It's the leftist haters who want to spoil the holiday for the rest of us any way they can. The ones who march in the streets spewing venom and shouting their lies, drowning out patriotic Americans who take part in parades to honor their country's birth.

You see, the left can't just have their own views on things, they have to try and louse it up for those who don't hold their ideology. For them it isn't "live and let live," it's "you can't live unless you think the way we do."

But this is the 4th of July and should be the time for all Americans to embrace and appreciate the individual freedoms and opportunities that our country affords. Ignore the woke/mob/Marxist poison this week-end and celebrate living in the greatest country on the face of the earth.