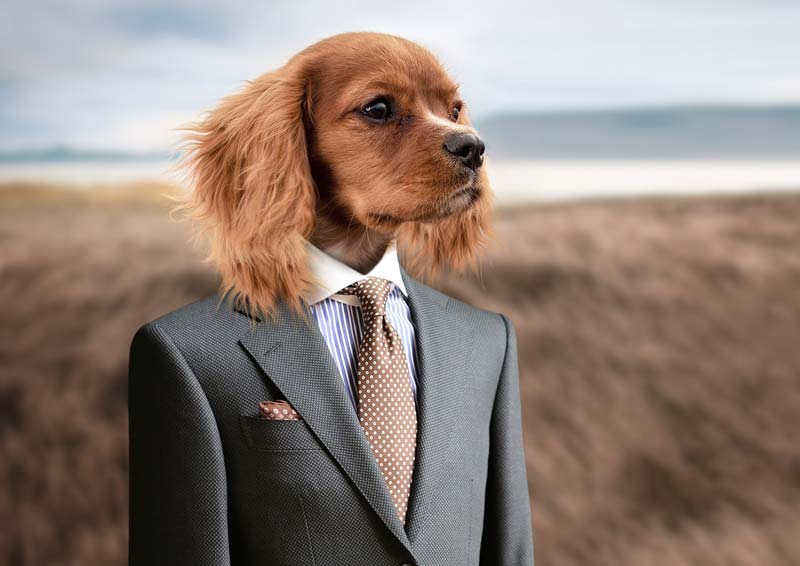 Well, another Father's Day this Sunday. Are you like me --- a little surprised that we still celebrate Father's Day in this country?

Think about it. We certainly don't celebrate fathers anymore. So why do we still celebrate Father's Day? Fathers have become passe in 2019 America. Mothers are wonderful, fathers are not really necessary. Or if they are necessary it's because after all, SOMEBODY has to take care of the kids while mom is out making a living.

Check out the Father's Day commercials on TV. You might have to wait awhile. There aren't that many of them. But when you do see one, does it show dad to be a strong, capable, leader of the family? Are you kidding me?

Either he's a total goofball or a pathetic moron pushing a stroller or wearing a baby carrier on his stomach as he picks up a few items for tonight's dinner at the supermarket.

And notice that even in the Father's Day commercials they never show the entire nuclear family. No old-fashioned father, mother, and the kids. No, no. That's just so 1950's Ozzie and Harriet.

Most of the time the spot will feature dad with a young daughter. And you can bet that the daughter knows more about everything than dummy dad. What you won't see in commercials are fathers and sons. Nope, that would be too toxic. Way too much testosterone.

I remember when masculine strength was a good thing in a father. Not anymore, mom supplies the strength today. Pop's just along for the ride.

The reason fathers are not honored to the same extent that mothers are is because they happen to be men. And we know how much men are revered in our #ME Too society today, don't we? Just below politicians, the news media, and slip and fall lawyers. Men are the root of all evil. You can quote me on that.

I hope feminists are happy now because after more than 4,000 years, men have finally been emasculated beyond all recognition.

The marginalization of men is so complete now that even men have bought into the idea that they are pathetic, Neanderthal losers.

Many have come to believe the feminist premise of toxic masculinity. It's drummed into them from the moment they enter elementary school.

Many of my fellow fellows walk around with their heads down, shoulders slumped looking like they're guilty of a crime. And they ARE guilty of a crime, the crime of being a man. They nervously skulk behind buildings and keep low profiles like tobacco smokers, derelicts, and other lowlifes in our society. How sad it that?

Lots of men have accepted their new roles in our culture. They tend to the children, they run errands, and if they work at all they work at menial jobs, which earn them less money than what their wives make.

But that's okay, they even it all out by growing a beard and getting tattooed to prove to themselves that they're still male.

Anyone over the age of say, 50, has seen the cultural switch from a predominantly male culture to a female culture. Don't believe me? Turn on the television or radio. Most broadcast announcers are women. Most commercial voice-overs are women. The kids that shag foul balls at major league baseball games are mostly little girls not little boys. Most TV shows are geared to female audiences.

The balance of the workforce has flipped. Women now hold a majority of the nation's jobs. Most managers are women. The working class has turned into a matriarchy, with men increasingly absent from the home and women making all the decisions.

Women dominate today's colleges and professional schools --- many more women receive degrees than do men. Of the 15 job categories projected to grow the most in the next decade in the U.S., all but two are occupied primarily by women. Which brings us back to Father's Day. Just what is dad's role in society today other than sperm donor? Dad has become not much else than mama's little helper, nanny daddy, a petered out patriarch.

Never the less we still honor dear old dad this Sunday, why? Probably because it's force of habit. Plus it's always a good thing to acknowledge the help and thank them for their devoted service.

But of course we love dad. We wouldn't be here without him, would we? And he's a nice comforting thing to come home to, like the family dog. Just feed him, pet him occasionally, and tell him he's "a good boy!

But keep him on a short leash. We don't want him running out into the street.