Woke-holes are at it again! 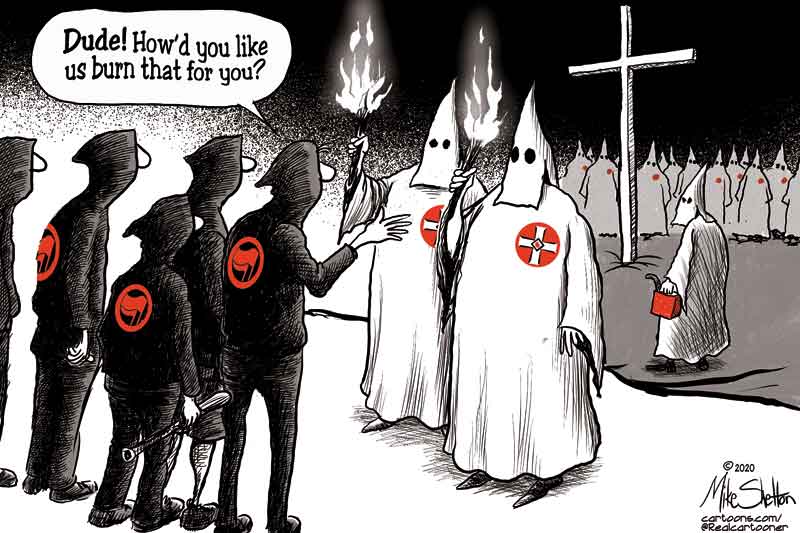 The social justice woke holes are at it again. Or I should say still. College music departments have succumbed to pressure to promote "social justice" and fight "systemic racism." In one example, the music department at Meredith College in Raleigh, NC announced that it was redefining its mission, revising its curriculum to include a global music component and more inclusion of "marginalized musicians," and less from European white composers.

Meanwhile at the University of Arizona a music professor there, Molly Gebrian, who specializes in the viola, recently declared that the music world has a problemĂ‘it's too dominated by music written by white men. "Really, what we need is a national overhaul of the music curriculumĂ‰. The status quo is not okay," she says. In other words, music students will not have to study the works by "dead white guys" anymore. Nope, not important to learn Bach, Beethoven, Chopin, Mozart, Brahms, Debussy, and Handel, and well, essentially all European classical music composers.

The standard music staff was created by white guys too. The ancient Greeks were on it first ( from the year 570 — c.500 before the common er) 1000 years later it spread out to Western Europe with Pope Gregory (the Gregorian chant), and later Guido d'Arezzo, an Italian Benedictine monk who lived from about 991 until after 1033 founded what is now considered the standard music staff as we know it today. WHITE GUYS ONE AND ALL! We can't have that, can we?

Time to do away with written music. It's racist. White is racist. Period.

Okay, here's the $64,000 question. If we are killing off classical European music because it is "white" where does this stop? Answer: it doesn't stop. The schools started with revisionist history, then English, and now it's music. Soon it will be mathematics. Anything devised, invented, created, or discovered by white men must be ignored, destroyed, or "cancelled" in order to fight white male dominance and imperialistic chauvinism.

So what about Western modern medicine? Modern science? European art work? European inventions? Technology? Do all things created by Western Civilization (White men) have to be destroyed? That means no printing press. No light bulbs. No telephone. No radio and television. No airplanes. No penicillin. No anesthesia. No vaccination. No electronics. No smart phones. No computers.


Virtually every part of what is considered western culture is now being "reevaluated" as they like to put it, because the systems in place were initiated by white men. That would include the legal system, business models, police, military, traditional American religious institutions, mathematics, physics, marriage, the nuclear family, and last but not least, the United States Constitution and capitalism.

It isn't really all that hard to convince younger generations to adhere to the idea of "all white men are racist evil and bad" and therefore they deserve to be erased from history. Today's generations weren't taught to appreciate what came before them. They think the world started when they were born. And when there is no interest in nor respect of history, then cancelling an entire race of people is no big deal. Matter of fact, if you believe that particular race is bad then it's the right thing to do.

Our universities and public schools (and even some private schools) have destroyed reason, critical thought and common sense in at least 2 or 3 generations of people. Anyone who goes along with the tripe that all people of any particular race, in this case whites, are inherently evil and need to be marginalized or wiped out is engaging in what past dictators and despots have done throughout history.

This time it's the white men who are bad. This is what is being pushed in our universities and colleges and young people are continuing to buy into it. It's the war on Caucasians. Talk show host and columnist Dennis Prager has called it every bit as insidious, bigoted and dangerous as Hitler's vilification of the Jewish people. And we all know what that led to (at least those of us who actually learned about it).