Political Liars and Their Useful Idiots 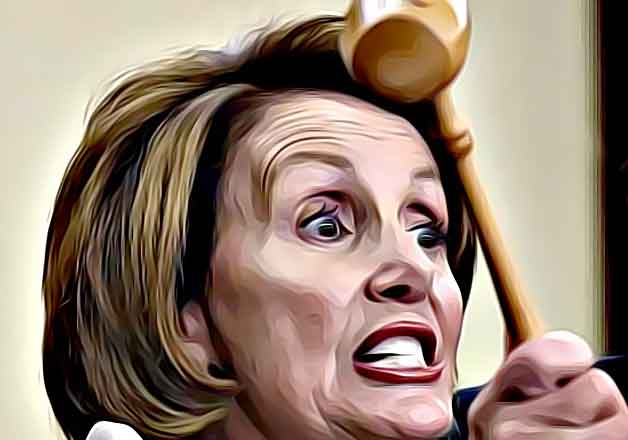 The big one-year anniversary of the January 6 riots on the Capitol this past week gave the Democrats yet another opportunity to show how well they can lie with a straight face, or in the case of Nancy Pelosi, with a brand-new plastic face.

Fact, Officer Sicknick suffered two strokes and actually died of natural causes the day after the riot. And what about Officer Evans? He didn't die "in the wake of Jan. 6," as Biden said. He was killed nearly three months later by a crazy follower of Farrakhan's Nation of Islam who rammed two U.S. Capitol Police officers with his car and emerged wielding a knife. It had nothing to do with the January 6 thing.

The other four officers whom the liars named were Howard Liebengood, Jeffrey Smith, Gunther Hashida and Kyle DeFreytag. They all died laterĂŠby suicide. Why did they take their own lives? Nobody will ever know.

Nevertheless, Biden and other politicians were quick to accuse the people protesting at the Capitol of murdering these officers. Meanwhile the officer who shot and killed Ashli Babbitt was cleared of any criminal wrongdoing without even being interviewed about the shooting. A federal cop takes out his service revolver and kills an unarmed woman and he gets off without any disciplinary measures whatsoever.

The Babbitt killing got minimal news coverage in papers and on TV. Wonder why? Could it possibly be that the killing didn't fit in with the propaganda coming out of the Biden White House? Could it be that it didn't follow the political agenda of the Left? Could it be that the victim was a white woman and the officer was a black man? Just sayin'.

The Babbitt family has retained lawyer Terry Roberts to look into the shooting by Capitol police Lt. Michael Byrd. Byrd was quickly and suspiciously exonerated of the killing on the same day the rioting took place. Roberts said the kid-glove treatment of Byrd raises suspicions the investigation was a "whitewash." No kidding.

There's no question the Democrats are using January 6 as a political wedge to not only label those protestors who took part in the rioting as "domestic terrorists," but to paint all Republicans, especially the Trump supporters, with the same terrorism brush. The Democrats are the party of division, using fear and intimidation to push their agenda forward. And if it takes lying to do it, that's what they'll do.

As disgusting as the politicians are, we sort of expect it from them. It's somehow even worse when our culture as a whole takes part in the lying and misinformation. The mainstream media, of course, is in bed with the left, and here again it is expected. What is off putting to me, is when the lies start showing up on the pages of popular fiction written by best-selling authors.

A case in point is the latest Bosch book by Michael Connelly, "The Dark Hours" which came out this past November. Covid 19 and the Capitol riots on January 6 are woven throughout his story, and there's nothing wrong in using real events to bring a fictional novel to life. However, Connelly goes a step beyond.

In the book one of his characters is watching the news on CNN (of course) and Connelly writes that "there was now word that a police officer had succumbed to injuries sustained while defending the Capitol." He goes on to say that all cops go to work each day not knowing if that day would be their last, but doubted that the cop in question ever thought that he would die in this manner.

Connelly and the publishing house no doubt knew the truth before the book hit the streets, some 10 months after the Capitol event took place. Although he never actually states a cop was killed during the rioting, it is certainly implied. They left it in because that's the false narrative they wanted to push.

Connelly started his career as a Los Angeles Times reporter. That tells you everything you need to know about his politics. For most of the last 20 years his books have been good reads, but I'm done now. When I read a detective story I don't want political lies. I get enough of that in the news.