What to expect from the world in 2022 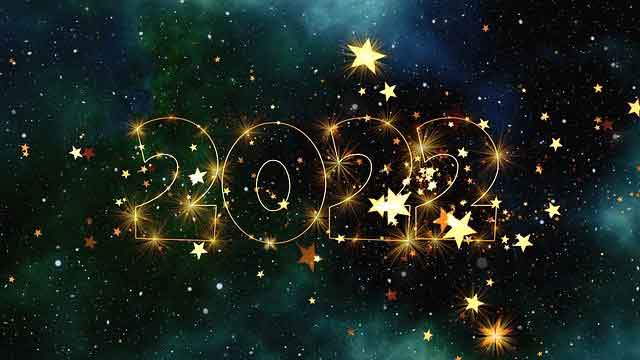 December's end is when we reflect on what we hope to improve in the year to come . . . and also the time for my annual predictions of news headlines for the next 12 months.

Apart from that, when it came to 2021, my crystal ball was cloudy. (Whose wasn't?) But it's clearing. Here, then, are my predictions for 2022. It's up to readers to guess which ones are offered with tongue in cheek:

1. Worried about the blockchain, members of Congress will continue demanding regulation of cryptocurrency. To the relief of investors, federal agencies will move at their usual glacial pace. Nevertheless, the House and the Senate will continue to hide ridiculous rules on the subject in the middle of thick bills ostensibly dealing with other issues. Curiously, nobody in the news media will venture to ask any member who's upset about crypto to explain what "blockchain" means.

2. Relatedly, federal agencies confronted with evidence that their systems have been penetrated will continue their habit of stonewalling. But worry not. Thanks to the infrastructure bill, the government's digital networks, which have fallen well behind China's and Russia's, stand an even chance of having 2022-level security in place by 2027.

3. Continuing my habit of picking long shots to win the World Series, I'll go with the San Diego Padres over the Boston Red Sox. (I know, but I bet you felt the same way last year when I picked Atlanta.)

4. In 2022, the Greenland ice sheet will dissolve a bit faster than it did this past summer, when it melted at a good 40% to 50% above what not long ago was the normal rate. Although the melting rate has proved difficult to predict, several models have it doubling before the end of the 21st century. As always, without exciting video, people will have trouble focusing on what's happening in Greenland, perhaps because the damage from the ice loss will occur so far in the future.

5. In other climate news, the internet's carbon footprint, which in 2017 stood at 3.7% of global emissions (higher than all but two countries), will continue to skyrocket as people keep working and entertaining from home. By the end of 2022, only China will generate more greenhouse gasses. (Yes, there's some double-counting, but you see the point.)

6. While we're on the subject of carbon emissions, with so many people staying home, content providers will ramp up their recent practice of releasing episodes weekly rather than dropping a season all at once, reducing further the difference between legacy television and streaming services. Here's how this relates to climate change: Streaming in HD generates a carbon footprint 20 times that of watching the same content in standard format.

7. More on movies: "Babylon" will be the year's critical darling. The box office champion will be "Doctor Strange in the Multiverse of Madness" by a landslide. Also, "Killers of the Flower Moon" will be an unexpected hit, because who wouldn't pay to watch "Yellowstone" as interpreted by Martin Scorsese?

8. A new, highly transmissible COVID-19 variant will appear in Western Europe in the fall. The U.S. will respond by banning travelers arriving from southern Africa.

9. In other foreign policy news, the West will yield to Russian President Vladimir Putin's demands that NATO curb its eastward spread, and will also promise not to sanction the Nord Stream 2 pipeline. Infuriated by the ease of his victory, Putin will invade Ukraine anyway. The U.S. will threaten grave repercussions if he takes more of the country than he wants to.

11. Speaking of Congress, here are next year's election results: As widely predicted, the Democrats lose the House of Representatives, albeit by a margin much smaller than expected. To the relief of progressives, the party astonishes pollsters by maintaining a 50-50 Senate. Republicans flip Georgia, win North Carolina in a walk, and hold Pennsylvania by a hair. But Democrats flip Wisconsin and, to their own surprise, hang on in Nevada.

12. In other political news, former President Donald Trump will publicly condemn G.O.P. candidates who refuse to proclaim the 2020 election illegitimate. The result of this pressure will be ... the surprisingly strong Democratic vote mentioned in the previous paragraph.

13. Back to professional sports. The Green Bay Packers will claw their way past Tom Brady in the playoffs and win the Super Bowl over the Kansas City Chiefs. (I can't keep picking Brady to win. I just can't.)

14. Despite efforts to tighten security for Tor users, worries will grow that due to the interference of state actors, transactions are no longer secret. Added to longstanding concerns that Tor's concealment protocols significantly narrow bandwidth and increase latency, the problems will lead users who want anonymity to seek alternatives, increasing pressure on more popular browsers to offer a mode that's truly private.

15. In other technology news, as observers have predicted, Apple's newest iPhone will not have a lightning port; instead, the device will charge only wirelessly. Puzzled consumers will hunt for charging stands, only to find them sold out everywhere. Congress will open an investigation into pricing policies of greedy charging stand manufacturers.

Meanwhile, facing a surge in consumer demand, automakers will spend lavishly as they redesign all vehicles to include multiple charging pads. Airlines will redo their planes. Hotels will redo their guest rooms. Buyers of new homes will demand built-in wireless chargers, and owners of existing homes will frantically renovate. So will apartment houses. And restaurants. And coffee shops. And medical waiting rooms. The ensuing iPhone-charger-driven economic boom will last throughout 2023 and beyond, all the way to the 2024 election, when ... oops, sorry, the crystal is cloudy again.

Have a safe and wondrous new year.

Stephen L. Carter is the William Nelson Cromwell Professor of Law at Yale, where he has taught since 1982. Among his courses are law and religion, the ethics of war, contracts, evidence, and professional responsibility.