When Journalism started to die 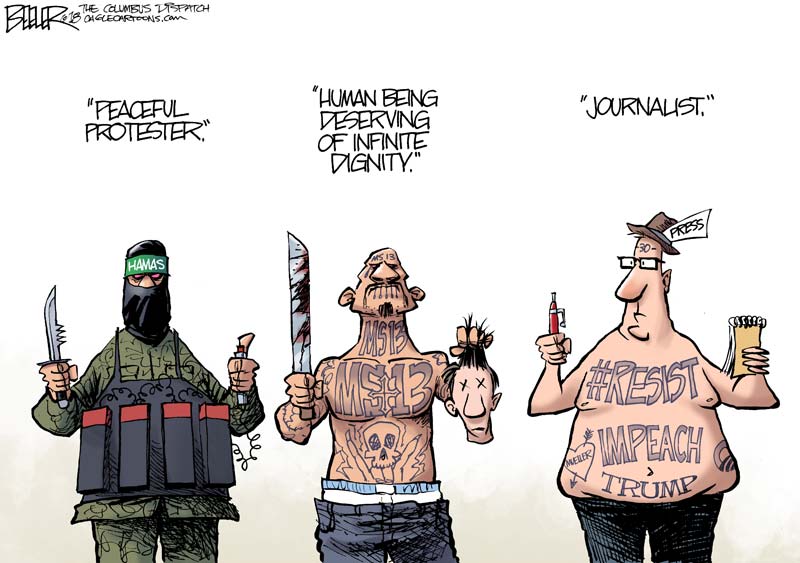 Some conservatives may believe that the Fourth Estate lost its luster in the ‘90s and signed its integrity over to the Democrat Party, but the death throes came much earlier during the Vietnam War.

We lost over 58k casualties in that war and it is the only military conflict that we walked away from. Yet the truth is that we never lost a major battle in Vietnam, even Barack Obama admitted that fact. We lost the war over here, thanks to the fake news spread here by the most trusted man in America, Walter Cronkite.

Cronkite got that reputation because we all saw how moved he was when he had to report the assassination of JFK. He choked up as he gave us all the drastic news and most us who were grieving for our young president felt that he could be trusted. Don't know much about his personal beliefs but he blatantly lied about the war and the Tet offensive. Until Cronkite's public verdict that the 1968 Tet offensive was a "defeat" for the U.S. the majority of Americans supported our nation's involvement.

Cronkite falsely claimed that the Vietcong had held the American embassy for six hours and that the offensive "went on for two months." The facts show that Tet was actually a major defeat for the communist enemy, In fact, according to an interview in the Wall Street Journal with Bui Tin, a Viet Cong colonel explained how the war was won:

Q: Was the American antiwar movement important to Hanoi's victory?

A: It was essential to our strategy. Support for the war from our rear was completely secure while the American rear was vulnerable. Every day our leadership would listen to world news over the radio at 9 a.m. to follow the growth of the American antiwar movement. Visits to Hanoi by people like Jane Fonda and former Attorney General Ramsey Clark and ministers gave us confidence that we should hold on in the face of battlefield reverses. We were elated when Jane Fonda, wearing a red Vietnamese dress, said at a press conference that she was ashamed of American actions in the war and that she would struggle along with us.

Is it a stretch to suggest that the media played a big party in our defeat? I don't believe so and one must question why formerly respected figures in journalism would do such a thing. A look into the politics of Walter Cronkite provides a significant clue to why so much of the Fourth Estate has drifted so far left, After he retired, Cronkite revealed his true agenda. In speech after speech, he left no doubt he was a One Worlder, a globalist. That explains a lot because to me, a globalist means one thing-it's anti American. Globalists do not think this country is all that special and certainly we're not that great. The Obamas were globalists and who can forgot what Michelle Obama said after Barack was nominated: "For the first time in my adult life, I am proud of my country." I guess for the previous 44 years, she loathed being an American. Her husband, President Obama went around the world, bowing and scrapping before global leaders and making sure he didn't think America was special.

But Vietnam was not the key turning point that made journalists lose their self respect and enter into their vainglory period. It was Watergate.

I never voted for Richard Nixon. My first presidential vote was for Hubert Humphrey and when Robert Kennedy ran for senator, I volunteered for his campaign. I was a registered Republican because I wanted to be different from my family but I was just as ignorant and gullible as anyone who fell for media claptrap. I was in London in 1972 so I didn't even vote that year but the Watergate scandal was all over the European news. I found the story intriguing because in my ignorance, I really thought that Nixon was not only a bad president but a bad man.

As the scandal dragged on, something really bothered me about the coverage. Maybe my latent smart brain cells finally woke up and I recognized too late the power of press manipulation. My 12 years of parochial education by tough but very smart nuns, instilled in me the ability to think clearly and question everything. Journalism should be about who, what, where, when and why but watching the nightly reports, I witnessed something else. Impartiality was not present and bias clearly was.

I wasn't a fan of Nixon but it was obvious that much of the coverage about the president dealt more about his personality than the facts of the case. All we should have been concerned with were his presidential duties. He had nothing to do with planning the Watergate burglary. His mistake was lying about it when he found out. He should have just fired those who planned the ridiculous theft and then continued to be a pretty decent president.

The Washington Post and its darling wunderkinds, Woodward and Bernstein, dragged out their sneaky Deep Throat and other backstabbers like John Dean who painted the president as a neurotic instead of a wily world class politician.

Consider the devastating losses that Israel suffered in the Yom Kippur surprise attacks by Syrian and Egyptian forces in 1973.

According to an article by Jim Byron- How Nixon Saved Israel: "the Nixon Administration initiated Operation Nickel Grass, an American airlift to replace all of Israel's lost munitions. This was huge – planeload after planeload of supplies literally allowed munitions and materiel to seemingly re-spawn for the Israeli counter effort. 567 missions were flown throughout the airlift, dropping over 22,000 tons of supplies. An additional 90,000 tons of material were delivered by sea."

The media recognized its ability to manipulate events and it's doing it again with Donald Trump. Don Feder in Front Page Magazine writes an excellent article- The Media Stole the 2020 Election Before a Single Vote Was Cast-about how the lies about Trump were designed to plant a very different image.

Usually the media has been content to fool us by simply omitting the truth about favored personalities. Most Americans never realized till the end that FDR was a cripple in a wheelchair yet he won four terms as president. Many Catholics were thrilled when JFK was elected but would he have won in that narrow 1960 election if the media hadn't covered up what they knew about his salacious, adulterous appetite? Would we have entered the war in Vietnam?

The mainstream media is now doing its best to omit the fact that the 2020 election was stolen and that Donald Trump won reelection in a landslide. They still think we're dumb.