Did the world miss the real lesson of Corbyn's defeat? 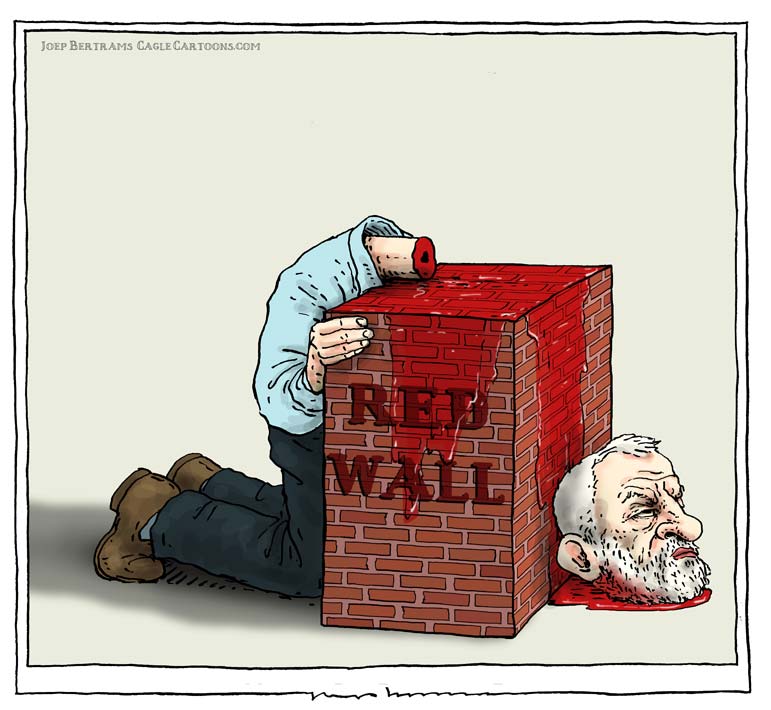 The possibility of an anti-Semite being elected prime minister at the head of a party that seemed to share his prejudicial attitudes created a sense of panic in the Jewish community there.

The main lessons being drawn from Labour's debacle on this side of the pond revolve around the possible parallels between the British election and the one that will be held in the United States next November.

Americans who support President Donald Trump hope that what happened to Labour might be replicated here regarding the Democrats. Similarly, moderate Democrats fear that their party is being impelled by the anti-Trump resistance to take the country down the path to an impeachment that may wind up strengthening the president more than hurting him.

Those concerns may well be put to the test if the Democrats wind up nominating someone as far to the left as Massachusetts Sen. Elizabeth Warren or Vermont Sen. Bernie Sanders, whose hard-left sympathies are in some ways reminiscent of Corbyn. But as radical as the ideas of Warren and Sanders may be, the differences between the Democratic Party and Labour are actually far greater than their similarities.

Even in the case of Sanders, who counts some open anti-Semites such as Linda Sarsour and Reps. Ilhan Omar (D-Minn.) and Rashida Tlaib (D-Mich.), among his supporters and official surrogates, his critiques of Israel are nowhere near as virulent as that of Corbyn or the Labour activist base that shares his anti-Zionist beliefs. A theoretical Sanders presidency would be very bad news for supporters of Israel, and his Socialist ideas would wreak havoc with a booming U.S. economy. But it wouldn't create the kind of fear felt by British Jews about Corbyn.


There is also no comparison between the widespread hostility to Zionism by the British left and the situation in the United States. The drift to the left among Democrats has led to a drop in support for Israel on that side of the aisle. But while Democrats are now divided about Israel, many are still enthusiastic backers of the Jewish state, while Republicans are overwhelmingly united behind it.

But there's another lesson from the British election that American Jews should take to heart. Most liberal Jews assume that all those who hold views that can be characterized as "nationalist" are likely racists and anti-Semites. That has meant that Brits who backed Brexit or Americans who take a dim view of the Democrats' effort to decriminalize illegal immigration spread hate against minorities in general and Jews in particular, are denounced as hatemongers by liberal groups.

But this is a false assumption, and the Dec. 12 vote in the United Kingdom helps prove it.

In the past, terms like globalist and nationalist were often seen as shorthand for labels that separated enlightened people who were open to the world from fascists. And indeed, there are those who still throw about such terms when they are attempting to spread lies about a worldwide Jewish conspiracy straight out of The Protocols of the Elders of Zion.

Those assumptions, however, don't always make much sense in today's political environment.

Brexit was about the people of the United Kingdom reclaiming sovereignty and control of their country's borders from an undemocratic and largely unaccountable European Union bureaucracy. It may or may not exact a toll on their economy, but ironically, like Americans in 1776 or those in the Third World who threw off the fetters of colonialism, free people are always willing to pay a price for their independence.

Similarly, those Americans who are appalled at the widespread support for amnesty and sanctuary cities that are in effect a push for open-borders policies shouldn't have to prove that they're not racists.

Yet many Jews jump to those assumptions because of their belief that universalist values must always take precedence over the rights of individual nations and peoples. And sometimes, they give left-wing haters, who promote ideas like intersectionalism that denigrate Jewish rights, a pass because they think anything labeled "progressive" must be principled.

What happened in Britain was that working-class voters who were traditional supporters of Labour because of its economic platform rejected their old party and, even if some did it holding their noses, voted for Conservatives because of their support for Brexit. In doing so, they also rejected Corbyn — and not only because of his ambivalent attitude towards Brexit, but also because they were instinctively hostile to extremists and those who spread hate.


Anti-Semitism may not have been the issue on which the British election turned. Still, it's a fact that not only was support for Brexit not an indicator of racism, but was a reason why many voters rejected an anti-Semite. By contrast, those who embraced the universalist mantra of the Remainers were the ones who were prepared to elevate an anti-Semite to the post of prime minister. Nationalism wasn't synonymous with hate; rather, that turned out to be true of those who subscribed to Corbyn's leftist ideology who otherwise pose as advocates for enlightened values and opponents of reactionary conservatives.

Corbyn and his millions of supporters are proof that the notion that anti-Semitism is primarily a right-wing affliction is a lie. His defeat at the hands of voters who also embrace nationalist views on Brexit should be a reminder that those who paint all those who reject amnesty and open borders as hatemongers are making a similarly false assumption about many Americans.

To some of us, it may seem as if the world has turned upside down if universalism has become the shield of an anti-Semite and nationalism the means for their demise. But that's what happened in Britain. American conservatives can only hope that their otherwise flawed, but avowedly nationalist standard-bearer, who is also a friend of the Israel that Corbyn hates can pull off the same trick next November if the Democrats nominate someone like Sanders.