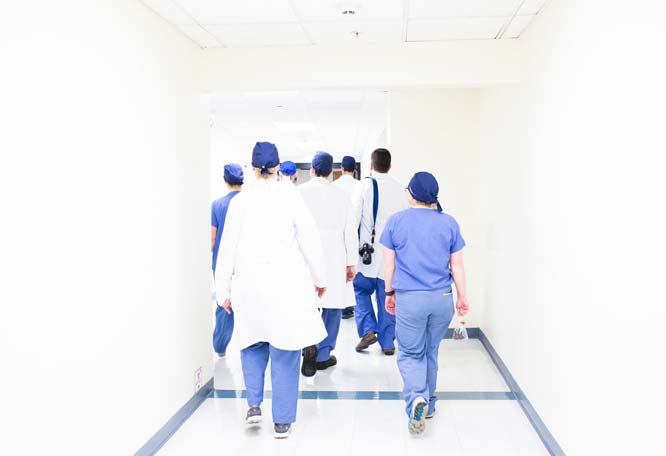 To quote a line from "America Alone": "The future belongs to those who show up." And, while eugenics is universally condemned as morally repugnant, self-eugenics is an idea we can all get behind. Step forward the "Indefinitely Wild" columnist of Outside magazine, Wes Siler:

I Got a Vasectomy Because of Climate Change
Getting one was, by far, the most powerful personal action I could take for our planet

Mr Siler claims to be 38 years old, notwithstanding the prose style of an overwrought pre-pubescent. And he cannot stand idly by procreating while the planet burns. Greater love hath no man than to lay down his sperm for the remnants of Malibu:

We got engaged in June 2018, a couple months before a wildfire destroyed an entire town in California and another one wiped out sections of Malibu. Shortly after that, most of the Mississippi River basin flooded, something that might be the new normal, virtually eliminating the future for industrial agriculture throughout a region that produces much of this nation's food. And, of course, the whole Donald Trump thing has been going on.

I was afraid of getting my scrotum operated on, but the procedure ended up being quicker and less invasive than most dental appointments. I took off my pants, laid on a bed, received a local anesthetic, chatted with the doctor while he made a few incisions, then got a ride home. Once the anesthetic wore off, it felt like someone had kicked me in the balls pretty good, a feeling that dissipated over the next seven days. I took a Valium before the surgery and a few handfuls of ibuprofen afterward but otherwise didn't need painkillers or even an ice pack. The worst part was taking a week off from the gym; I'd been making good progress.

It might not be enough to save the polar bear, and it might not prevent the next Camp Fire, but this is the absolute biggest difference we can make.


In fact, "the absolute biggest difference" you could make would be to kill yourself right now - rather than merely tossing your unborn children into the infernos of California. Alas, the self-extinction movement has not yet reached that stage of despair, although we should certainly encourage them to follow the necessary logic of their epocalyptic torments. For the moment (and, again, as I wrote in America Alone) contemporary progressivism has "adopted a twenty-first-century variation on the strategy of the Shakers, who were forbidden from reproducing and thus could increase their numbers only by conversion".

As you might have noticed, there aren't a lot of Shakers around today. Will there be a lot of anguished environmentalists around once every Wes Siler reader has had his scrotum anesthetized?

No. But at least they'll have saved the planet, right?

Doubtful. Mr Siler notes that every little baby Siler comes with a price tag of 58 tons of carbon emissions per year. But that's because he's American. Mr and Mrs Siler could move to Somalia and have thirty kids for the carbon footprint of one Yank moppet. So why are the same people who lecture us that we only have twelve years to save the planet in favor of every Somali moving to Maine or Minnesota and acquiring a western-sized carbon payload?

Mr Siler claims to be anesthetizing his scrotum in part because of "the whole Donald Trump thing", including presumably the alleged confiscation of children at the southern border. If families are leading to the destruction of the Mississippi River basin, why does Mr Siler not support sending all those photogenic caged urchins back to the low-emission nations whence they came? Instead, the Sierra Club, for example, is gung-ho for open borders. What's the point of Wes Siler taking a can opener to his scrotum when eighty per cent of US population growth is due to immigration? The exhibitionist virtual-suttee - the piling up of unborn heirs on one's own funeral pyre - is just narcissistic posturing as long as you support mass migration to the developed world.

So the planet does not need Mr Siler's vasectomy, courageous though he thinks he is. Most of the western world - German, Japan, Greece, Italy - is already mired in what demographers call "lowest-low" fertility rates from which no society in human history has ever recovered. Yet, instead of crowing about their environmentally responsible self-extinction, they persist in importing millions of people to be the children they couldn't be bothered having themselves - and with First World carbon footprints to boot.


In fairness to my old chum Alex Renton, he did at least tiptoe round the contradictions:

By today's standards, a cull of Australians or Americans would be at least 60 times as productive as one of Bangladeshis... As Rachel Baird, who works on climate change for Christian Aid, says: "Often in the countries where the birth rate is highest, emissions are so low that they are not even measurable. Look at Burkina Faso." So why ask them to pay in unborn children for our profligacy..?

After all, based on current emissions and life expectancy, one less British child would permit some 30 women in sub-Saharan Africa to have a baby and still leave the planet a cleaner place.

Except, of course, that sub-Saharan Africa can't support its present population, so most of those thirty babies will be figuring on heading north and getting a piece of that high-emissions lifestyle. As for "leaving the planet a cleaner place", best of luck to Mother Nature when she's dependent on the environmental stewardship of the Chinese Polluteburo, who've turned the Yangtze into the world's longest unpumped septic tank, or the various transient presidents-for-life presiding over the teeming coastal megalopolises of West Africa.

Gosh, you'd almost think Wes Silver was a solipsistic nincompoop who's never given much thought to anything beyond the poseur environmentalism that plays so well at dinner parties. To modify St Augustine:

O Lord, make me suicidal ...but not yet.